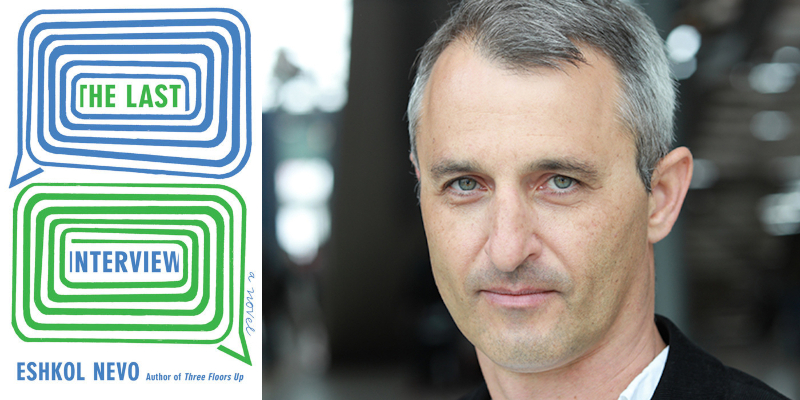 In Eshkol Nevo’s The Last Interview, an unnamed but famous author answers a set of interview questions that send him back in time to every mistake he’s ever made. Now, he’s a writer in crisis. By answering the questions, he begins to understand how his words and actions over the years have hurt people and pushed away those he most loved. Now, he’s grappling with a daughter who won’t speak to him, a best friend who is dying, and a wife who can no longer trust his ability to tell the truth.

G.P. Gottlieb? What inspired you to write your novel as a set of questions that the author answers?

Eshkol Nevo: Actually, I had writer’s block. I was working on another book, and I got stuck. And then I started playing this game. It was actually a game I decided to play with myself; it was not supposed to be a novel. I just thought to myself, it could be interesting to take all these questions I’m asked in interviews or doing readings and answer them with the most honest, brutal, and non politically correct answer I never had the courage to answer. So, it started as a game and slowly, slowly, I realized that I’m writing a novel. There are characters, there is narrative, motives. And when I realized it, of course I started shaping it as a novel, but it began as a game in order to regain the joy of writing and win over the writer’s block.

G.P. Gottlieb: Some of the interview questions seem a little nosy, like what kind of a kid you were or what’s your favorite word. Which I loved—scandalmonger in English. Not sure if the Hebrew version sounds as cute. But were they all questions, were most of them questions, that you’d been asked in interviews?

Eshkol Nevo: All of them. That was my rule, as every game has its rules. My number one rule was that I’m only answering questions I was really asked. It’s fascinating what kind of questions can you get. Even questions like, do you believe in God? I was asked do I believe in God during an event in Haifa. What kind of child you were is a very common question.

There’s one question in the last interview I actually wasn’t asked myself. It was during a kind of a meet the author event in our creative writing school with another writer. Her name is the Orly Castel-Bloom, she’s an Israeli writer. One of the students asked her the very funny, silly question, what was your record? How many pages were you able to write in one day?

It’s not that important, but at that moment, I was writing the last interview, and I thought, yeah, it’s really good for me, this question. Because in that way, I could speak about the letters that the narrator, the main character, used to write his wife when he was traveling in South America. So, I took this question. This is the only question in the book I wasn’t asked myself.

Eshkol Nevo: The answer in the book is quite close to my real answer. The kind of letters I used to write, it was 1995. We’re talking about no WhatsApp, no emails, no Skype. I had a girlfriend back in Israel. I was really into maintaining our relationship, so I would start writing to her in the morning, and I would keep on writing two or three days, and she would get twenty, thirty pages, a combination of fiction and nonfiction. I guess this is my record in writing—letter writing.

G.P. Gottlieb: And did those letters work? Is that your wife?

Born in Jerusalem in 1951, Eshkol Nevo studied advertising at the Tirza Granot School and psychology at Tel Aviv University. He owns the largest creative writing school in Israel and is considered the mentor of many upcoming young Israeli writers. His books have been translated into 12 languages, have won several literary prizes, and have sold over a million copies all over the world.

The Searcher by Tana French, Read by Roger Clark 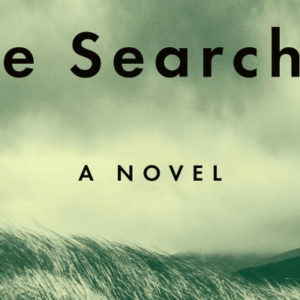 The Searcher by Tana French, Read by Roger Clark