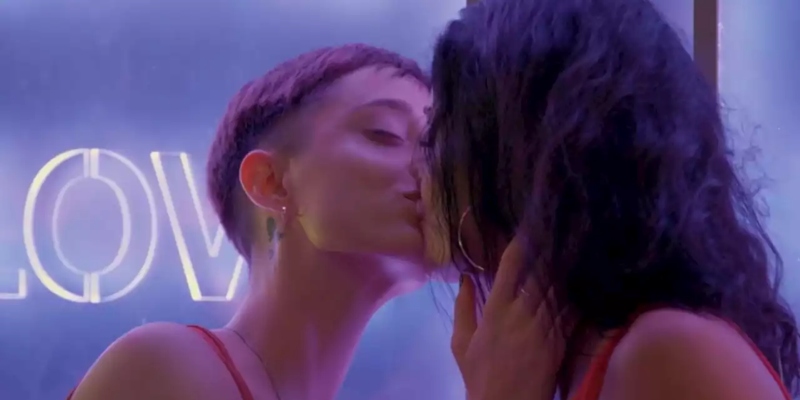 K Chiucarello Finds Moments of Solace in Love is Blind

At the start of the pandemic, my friends and I frantically tried to stay connected through an onslaught of solutions. I sent out voice memos of dense, flowered poetry. Batches of recipes circulated our group texts. Long phone calls between coastlines lingered for hours. In the end, it was reality television that won out.

By week two, I agreed to simultaneously watch a dating show with a small group of friends. I’d never done this type of watching before—separately but together—and the show we landed on would have never been on my radar. But today, when I bring it up with others, that show is usually a marker for the exact moment in time when we all knew that a feeling of closeness, a feeling of physical touch between strangers or crushes, friends or partners, was soon to dissipate. How long it would be until we’d get it back, we had no idea.

Drumroll, please: that show was Love Is Blind.

My slippery dissent into the hellhole that is reality television was exacerbated by the varying, firecracker personalities within my viewing group. Each of us would dizzy ourselves out to be the first to text a live reaction or a whirlwind of predictions for the cast of ten strangers, all of whom are separated by walls or “pods.” Contestants can only hear or speak with each other; the visual reveal sweeps them off their feet once two of them mutually agree on some modicum of commitment. Love Is Blind, which premiered in the middle of February 2020, was not far off from our new lived realities. My friends and I, after all, were simultaneously siloed in separate apartments, attempting to socially connect through screens, thirsty for small intimacy, and reliant on each other to get through a stretch of chaos.

Our nightly viewings became the singular solace throughout my day. Although I would have rather gone dancing together or walked to a bar, maybe played a hand of cards over that teak wood, I was greedily smitten with watching strangers move too swiftly into love. At the peak of confusion, panic, and uncertainty, I found myself craving a mirrored simulation of forced isolation, decision-making defined by algorithms, time as an obsolete concept, and an overarching mode of survival. Reality television became my holy compound.

After two years of separation, we wanted to witness this love together, in the same room.

In all the ways Love Is Blind mimicked the slow suffocation of our disconnected, ever-virtual world, the show also represented all I was lacking. It was a placeholder between what I wanted and what I actually, tangibly had. Suddenly, reality TV subbed in as a way of witnessing real connection happen in front of us; it let us pretend we were in the same room overhearing juicy dating gossip in real time. And even if it was a scripted, surveilled connection, it was better than existing in a world where the possibility of touch grew further and further away as each day ticked on.

Now, in 2022, my reality television habit has shifted. Since the pandemic’s inception, I’ve moved and so transitioned into a new group of TV-watching friends. Every Wednesday, I gather ceremoniously with four others, in-person, to order pizza and bottles of wine. At the magic hour of 8 pm, we move to the living room, where conversation spews into our alternate dimension.

In my current viewing party, the five of us hold different romantic ideals, different dreamlike iterations of partnership, and various versions of red flags. Our multitude of demands only brought us closer as we screamed in exasperation at the queer season 8 pairings of Are You the One?, a competition in which contestants need to find their perfect, algorithm-based match. Because everyone on the show identifies, in MTV lingo, as “sexually fluid,” my viewing crew ogled over the partner swapping that dutifully happens in every episode, hoping, in tandem with the cast, that the contestants would get their act together fast enough to win the show’s jackpot of a million dollars.

We couldn’t agree if Paige and Remy were indeed a perfect match, but we could all agree that what we wanted from our television was a quick and easy love. After two years of separation, we wanted to witness this love together, in the same room. We wanted to see that love within physical boundaries—in the end, casts can’t leave their new home base without completing bounties of challenges. We wanted there to be messy as hell makeouts and unconsidered off-camera fucking. We needed to know that somewhere, somehow, a cast of eight was getting it on, unbridled in their desires. We wanted chains of gossip to drip from our television screens. To quote Rhianna, we just wanted to see love in a hopeless place.

Perhaps now is a good time to insert my plea to The Bachelorette: for the love of God, have that queer season.

Of course, we aren’t the only ones group-watching dating shows. It seems all around me I hear of people gathering to watch The Bachelor or Too Hot to Handle, maybe a 90 Day Fiancé for good measure. After my friends and I had plowed through Are You the One?, we found the audacity to watch 12 Dates of Christmas, an HBO dating series that’s nauseatingly holiday themed yet remains miraculously balanced in sexual identities. In the month of December, we couldn’t get enough of contrasting heterosexual dating standards versus queer ones. We simply had to have our say at every hasty, tear-filled exit scene.

When it comes to confronting the ways the pandemic has fractured our lives, I’ve started to think of reality television as a monument to the before-times. And in my group’s quest to find the perfect dating show that mirrors a good pre-shutdown hookup, Love Is Blind seems to have heard our prayers once more: season 2 premiered on Friday.

During the show’s teaser, a contestant muses, “The whole point is finding out who we are as people.” In a way, I look to my viewing groups and see a collective attempt to figure out who we are now and what we want as the pandemic bleeds into year three. Intimacy may have changed, but through characters onscreen, similarly restricted, we can see puzzle pieces of connection come together for new versions of camaraderie, however bleak and mismanaged these televised attempts may be.

Who knows what we’ll watch next, and how those shows will help us keep redefining crushes, intimacy, and love. Perhaps now is a good time to insert my plea to The Bachelorette: for the love of God, have that queer season. We’re here for you. We’ll watch every minute of every episode on the edge of our seats. We are ready to devote hours of our lives to the cause. Please, redefine us.

K Chiucarello is a writer and tutor living in the Hudson Valley. Their work has appeared in them., Apartment Therapy, Longleaf Review, Hobart Pulp, Epiphany, amongst others. They tutor in the carceral system, on behalf of Bard Prison Initiative, and in summer 2021, they were named a Tin House scholar. When they're not watching reality television, they're often reciting every Springsteen lyric known to man. Find them on social @kchiucarello. 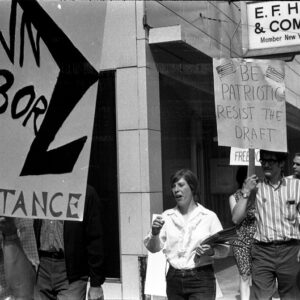 The escalation of the Vietnam War in 1965 brought about the creation of a new form of protest—the teach-in. It was so effective...
© LitHub
Back to top