Rick Perlstein Talks to Andrew Keen on Keen On

Andrew Keen: From the point of view of the left, how do you see this connection between Trump and Reagan? You’re on the left, too. Is Trump the direct result of Reagan?

Rick Perlstein: It’s a very interesting question I get asked a lot, and I think he’s the direct result of a certain tendency in Reagan. One of the things that’s important to understand about Ronald Reagan was that Reagan was a public Reagan and a private Reagan. I wrote in the book, you might remember this part where I talk about his private letters that he dictated and then his public letters that were written for him, for him to sign. And it was like night and day. He would say absolutely crackers stuff in his private letters to his buddies, and then sign these letters to New York Times columnists trying to sound like he was the broad center of public opinion.

Both Reagan himself and the coalition that Reagan put together, which included people like Jerry Falwell, who would say the most savage, wicked, hateful, violent things about gays and lesbians that resembled the sort of things Donald Trump would say out loud about Muslims or Mexicans. So, there was a very interesting dynamic that you see beginning with Richard Nixon and reaching a certain sort of maturation with Ronald Reagan and bequeathed to all future Republican leaders prior to Donald Trump, that you weaponize a certain kind of demagogic politics. The kind of feral hatred of the other and tribalism that can really add jet fuel to a political campaign, but also can get out of control.

The generation that Ronald Reagan was part of remembered World War II, they remembered Hitler, they remembered Mussolini. So, they kept that Pandora’s box closed, but they also hinted at it. I’m being kind of oblique, but the metaphor we use in American politics to talk about it is the idea of dog whistle politics—that you signal your sympathy with racism, but you don’t say racist things explicitly. And the transformation from Ronald Reagan to Donald Trump is the lowering of that scrim of respectability. You just jack straight into demagogic politics. You open Pandora’s box heedlessly. You know, devils take the hindmost.

The most interesting thing about Donald Trump as an avatar of Republican politics is that that sort of politics has been adopted by the rest of the Republican Party. So, you get a Lindsey Graham, who originally spoke in 2016 in terms of, wow, this guy’s out of control. But he’s more and more acting not only in support of Donald Trump but talking like Donald Trump. My favorite example is when Lindsey Graham had a debate against his African American opponent for Senate, and he was asked, do African Americans, are they safe in South Carolina from police abuse and that sort of thing? And Lindsey Graham’s answer was, well, they’re perfectly safe as long as they’re not liberal. Which sounds like the kind of thing a lynching politician would say in the 1950s. So, lowering that scrim of respectability, but doing the same sort of things and having the same sort of policy goals. After all, don’t forget that the only major legislation that Trump was able to get through Congress was a massive tax cut.

Rick Perlstein is the author of the New York Times bestseller The Invisible Bridge: The Fall of Nixon and the Rise of Reagan; Nixonland: The Rise of a President and the Fracturing of America, a New York Times bestseller picked as one of the best nonfiction books of 2007 by over a dozen publications; and Before the Storm: Barry Goldwater and the Unmaking of the American Consensus, which won the 2001 Los Angeles Times Book Award for history and appeared on the best books of the year lists of The New York Times, The Washington Post, and the Chicago Tribune. His essays and book reviews have been published in The New Yorker, The New York Times, The Washington Post, The Nation, The Village Voice, and Slate, among others. A contributing editor and board member of In These Times magazine, he lives in Chicago.

Diary of a Covid Year 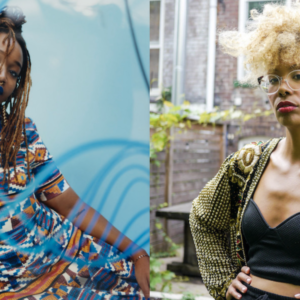 Writers Kimberly Drew and Jenna Wortham have edited and brought forth to the world Black Futures, a visually-stunning mixed-media...
© LitHub
Back to top