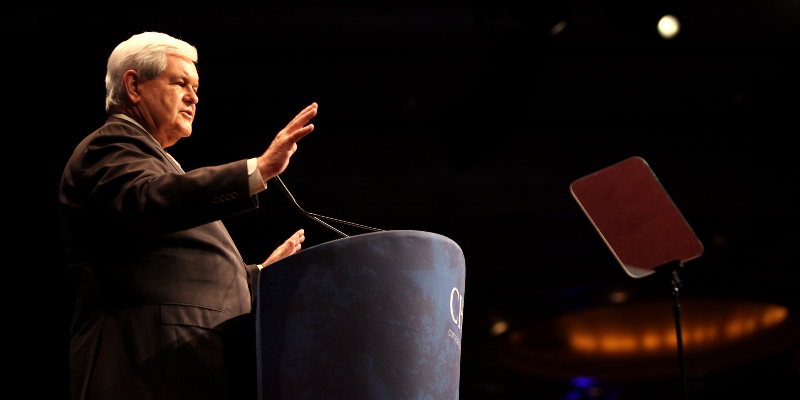 Julian E. Zelizer Talks to Andrew Keen on Keen On

On today’s episode, Andrew talks with Julian E. Zelizer about his new book, Burning Down the House, how Newt Gingrich launched our current era of partisan warfare, and why Trump is the culmination of this.

Andrew Keen: One of the things that comes out of your book is the fact that Gingrich was a member, if you like—to bring up another movie, Illusion—of the grifters. It wasn’t just him, was it? It was Lee Atwater. It was Roger Ailes. There was a generation of grifters who got it quickly and understood that they could essentially mislead the American people.

Julian E. Zelizer: That’s exactly right. The book is about Newt Gingrich and how he became powerful, but it’s really about a generation of Republicans who came of age in the 1980s and understood that this style of partisan politics would work. It would be effective. And so, I have other characters in the book. Lee Atwater is one of the most important. He’s a political consultant. He runs George W. Bush’s 1988 campaign against Governor Michael Dukakis, and he does in campaign politics the kind of character assassination that Gingrich practiced in congressional politics.

What’s remarkable about the 80s isn’t that they exist—there’s always figures like a Gingrich or Atwater in American politics—but they are elevated into the top levels of the Republican leadership. The Republican Party becomes the party that will host this sort of politician. And that’s the sea change that I think is important. It distinguishes this period from the 1950s, for example, when Senator Joseph McCarthy rose to power but ultimately didn’t become part of the leadership. That’s not what happens in the 1980s. And so, that club you’re talking about becomes extraordinarily influential.

Andrew Keen: I mentioned the Edmund Fawcett book on conservatism, a must-read. I don’t know if you’ve read it. You should. It’s actually, ironically enough, published by Princeton University Press. Edmund Fawcett has one wonderful quote. He says, “Were politics chess, liberals had white. They moved first. Conservatives had black. They countered liberalism’s opening moves.” This was, of course, in the early 19th century. But then he goes on: “In time, the initiative changed hands. Conservatives, who began as anti-moderns, came to master modernity, for the right was, in telling ways, the stronger contestant.”

I think it’s a really profound observation by Fawcett. And of course, what it does is it falls into the idea of politics as entertainment. In 1985, Neil Postman wrote his wonderful book Amusing Ourselves to Death, and it seems as if Gingrich and Ailes and Atwater, they got this way before the left. Why?

Julian E. Zelizer: Yeah, there’s a quote I have in the book by Steve Bannon, President Trump’s adviser, he said, “Democrats come for the pillow fight and Republicans come for the head wound.” I think in terms of understanding politics as a form of entertainment—and not simply that you entertain, but that you destroy through that medium—Republicans were very quick to do that. Part of it is they were the out party. Democrats had been in control in Congress, for example, since 1955. Republicans felt embattled and defeated. So, I think they were searching for new ways to achieve their goal, to publicize their ideas. And television and radio were very attractive. Democrats were more comfortable in the status quo because they already had power.

And secondly, Republicans were willing to go farther because they were a party that embraced an anti-government philosophy. If you have that philosophy, you’re willing to do things in the media and other arenas that will destroy our ability to govern. Democrats were still stuck, and many believe in a good way, with the belief that government had to work even if you were very partisan. I think those two factors led Republicans to go much faster into this new world of political slash news entertainment.

Julian E. Zelizer is the Malcolm Stevenson Forbes, Class of 1941 Professor of History and Public Affairs at Princeton University and a CNN Political Analyst. His most recent books are Fault Lines: A History of the United States Since 1974 (co-authored with Kevin Kruse) and The Fierce Urgency of Now: Lyndon Johnson, Congress, and the Battle for the Great Society, the winner of the D.B. Hardeman Prize for Best Book on Congress. Zelizer has been awarded fellowships from the New York Historical Society, the Russell Sage Foundation, the Guggenheim Foundation, and New America. 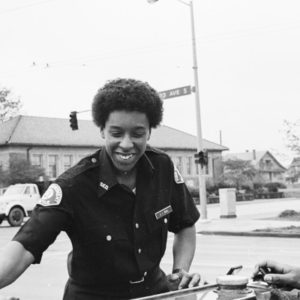 In 1993, the New York City Fire Department issued a curious order, namely that no pictures could be taken of Brenda Berkman,...
© LitHub
Back to top