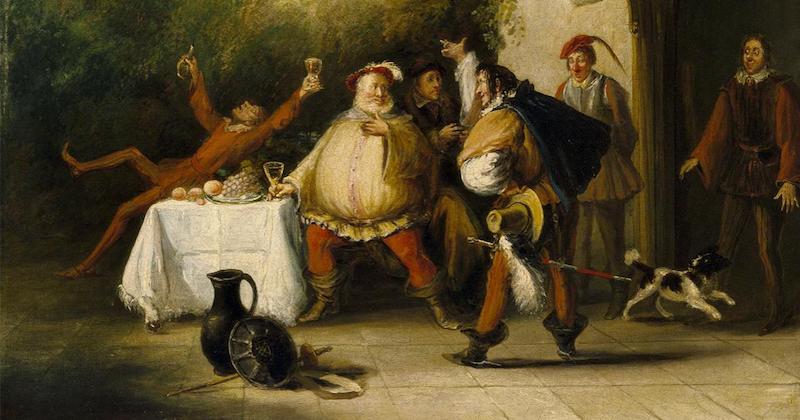 A super-rare first folio fragment of Shakespeare’s Henry IV is up for auction.

Rejoice, Shakespeare enthusiasts with money to spare: an extremely rare First Folio fragment, of Shakespeare’s The First Part of Henry the Fourth, will be auctioned by Holabird Western Americana Collections on October 29th. Bidders can participate both live and online—a rare opportunity for Folio collectors.

According to ArtFixDaily, this particular fragment is the previous property of Otto Orren Fisher, who owned over 80,000 rare books—filling three floors of his home—at the time of his death in 1961. Inside this fragment’s front cover is a custom book plate with Fisher’s name, and it appears Fisher had the fragment bound. At one point, Fisher owned four complete Shakespeare Folios, but in 1949 he donated them to Miami University, where they remain today.

Interestingly, despite the COVID-19 pandemic, which hit independent bookstores hard in 2020, there has been no corresponding drop in demand for rare books. James Gannon, director of rare books at Heritage Auctions, told Bloomberg there’s been “an uptick in participation and enthusiasm;” for instance, all online sales at Christie’s during COVID in 2020 surpassed their low estimates. In fact, it was in October 2020 that a complete and original Shakespeare First Folio broke records at auction, selling to rare book collector Stephan Loewentheil for just under $10 million, surpassing its estimate of $4-6 million. Perhaps it’s just that permanence is timeless: said Fred Holabird, president and owner of Holabird Western Americana Collections, in regard to the Henry IV fragment, “The possibility of owning a piece of the most important literary work extant is a once-in-a-lifetime opportunity . . . Its new owner will possess literary history.”