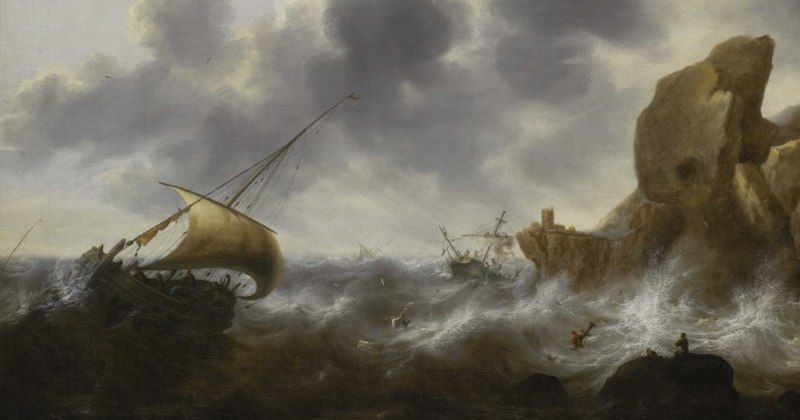 Amanda M. Fairbanks on the Mystery of a Long-Lost Commercial Fishing Boat

Even after the advent of lighthouses, which provided some degree of navigational assistance, Long Island’s shores were the scene of thousands of shipwrecks. In the years since, a small group of fishermen have hunted obsessively for them. In members-only online fishing forums, they post periodic updates about their exploits. For such fishermen, their main goal is to be the first to fish each wreck, not only off Long Island but throughout the mid-Atlantic and New England region.

Among such shipwreck hunters, the sinking of the Wind Blown, a commercial fishing boat that went down off the coast of Montauk in 1984 with four young men aboard, still represents a great mystery. Some local wreck fishermen believe the Wind Blown did not, in fact, go down east of Montauk Point in the vicinity of Block Island—but farther to the south, in an area known as the Butterfish Hole.

Before he died, Tim Coleman, a fishing writer who also shared in the wreck-finding obsession, supplied the coordinates of where he believed the hull of the Wind Blown could still be found to Steven Cannizzo, a retired marine law enforcement detective who lives in Brooklyn, and whom I eventually tracked down in one of the online fishing forums.

Cannizzo decided it was high time to go investigate. During a fishing expedition a few years back, he went out with a well-known East End charter boat captain and came upon what he believed was the profile of the damaged hull of the Wind Blown on his Garmin GPS Fishfinder. Since Coleman had provided Cannizzo with a rounded-off location, it took some patience to finally locate the hull itself—or so he thought—some 1,000 to 2,000 feet away. A color photocopy he scanned and mailed to me showed thick bands of red and orange bars, which he believed indicated the presence of the 65-foot, steel-hulled vessel. It sat at a depth of roughly 30 fathoms (or about 180 feet) below the surface. After revealing the precise coordinates, he swore me to secrecy.

“The exact location is a closely guarded secret since it is rare to have a shipwreck so close to a major fishing port,” Cannizzo explained. “The Wind Blown was one of those ‘have-to-find’ spots, and many fishermen who target codfish and black sea bass would love to know where it sank.”

Cannizzo believes the Wind Blown now rests on the bottom of the Butterfish Hole, just east of the CIA Grounds. Based on his conversations over the years with highly skilled wreck and salvage divers, Cannizzo cautioned that “until a diver can descend to the bottom and return with either a photograph or physical evidence from the wreckage, it is the only way in which one can make a positive identification.”

Besides the investigative allure, such fishermen seek out wrecks because there is generally good fishing to be had. Among local fishermen, the Butterfish Hole is known as “the Aquarium” because of its tendency to attract a variety of baitfish, which in turn attract game fish—everything from bluefin tuna to a wide variety of large sharks that are targeted by top- and bottom-water fishermen. The Butterfish Hole is one of the unique ocean anomalies off the south shore of Long Island.

Created during the last ice age, it contains a large depression where both warm- and cold-current eddies form throughout the calendar year. Divers who have previously visited other nearby shipwrecks report a dramatic change in water temperature. For instance, during the summertime, while the surface water temperature may read 70 degrees or more, as divers make their way down they start to feel a noticeable chill, especially on the small exposed areas of their faces not covered in neoprene.

He sees her at the bottom of the ocean, joined by generations of lost fishermen, entombed at sea, who never made it home.

At the spot where Cannizzo believes the Wind Blown rests, the water temperature averages in the 40-degree range during the summer. Some shipwrecks come alive during winter; others peak for fishing in the summer. The Butterfish Hole runs hot during the beginning and end of southern New England’s offshore fishing season. Located south of, and within eyesight of, Montauk Point Light at the easternmost tip of Long Island, it’s near the extremely busy inbound and outbound Nantucket shipping lanes.

Before either commercial or recreational fishermen knew about the existence of the Butterfish Hole, sailing ships in prior centuries crossed the Atlantic Ocean en route to Boston Harbor. They’d then make their way around the dangerous Nantucket Shoals to New York City, unknowingly passing right over a deep, gaping hole within sight of Long Island. But unlike the Lost at Sea Memorial located at the Montauk Lighthouse, Cannizzo thinks of the Wind Blown wreck as a second, secret memorial—its existence known only among a select few fishermen.

Though the Wind Blown’s wooden wheelhouse and the remains of her four crew members would have long since dissipated, Cannizzo holds out hope that, based on the reports of draggermen who have torn their nets over the years, the Wind Blown’s steel hull remains. All these decades later, Cannizzo likes to imagine the Wind Blown at rest, buried 30 fathoms below the surface. He sees her at the bottom of the ocean, joined by generations of lost fishermen, entombed at sea, who never made it home. For Cannizzo, it’s a reminder that you’re never home from a fishing trip until the lines of your vessel are again lashed to the dock. 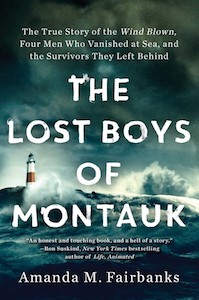 Excerpted from The Lost Boys of Montauk: The True Story of the Wind Blown, Four Men Who Vanished at Sea, and the Survivors They Left Behind. Reprinted by permission of the publisher, Gallery Books, a Division of Simon & Schuster, Inc. Copyright © 2021 by Amanda M. Fairbanks.

Amanda M. Fairbanks is a journalist who has worked in the editorial department of The New York Times, as a reporter for HuffPost, and at The East Hampton Star, where she wrote investigative stories, features, and profiles. Her writing has also appeared in The Boston Globe, Newsweek, The Atlantic, and The San Francisco Chronicle. A graduate of Smith College and a former Teach for America corps member, she has two master’s degrees from Columbia University’s Graduate School of Journalism, and currently lives with her family in Sag Harbor. 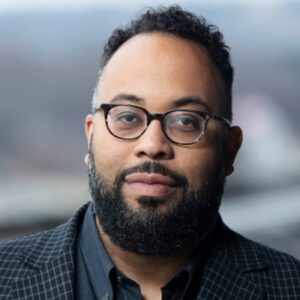