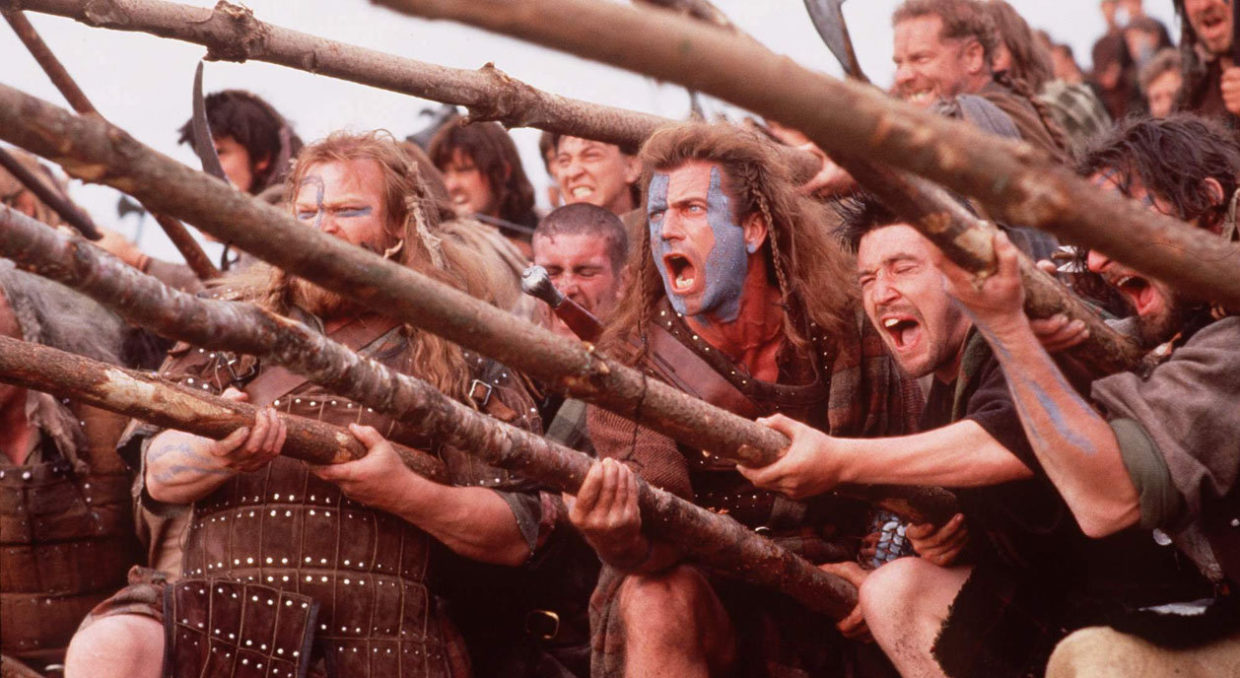 An enormous burning mountain of crap

There’s a reason Republicans never have poets at their inaugurations. This week, The Scotsman drew all of our attentions to this terrible poem written by Joseph Charles MacKenzie for the Society for Classical Poets on the occasion of Trump’s victory. The poem is, shall we say, perplexing, and one way to deal with perplexing poetry is to read it very closely. This works much better if the poem is, you know, good—but I’ll make a valiant effort anyway. What else is my fine liberal arts education good for?

Pibroch of the Domhnall

§ The refrains at the end of each stanza are to be recited by the Inaugural crowd.
§ A Pibroch is a rallying bagpipe tune and is pronounced like “PEA-brohgh.”
§ Domhnall, the Scottish form of the name Donald, is pronounced like “TONE-all”
§ Torquil was the royal progenitor of the MacLeods of Lewis, the outer hebridean island and birthplace of President Trump’s immigrant mother, Mary Anne MacLeod.

Come out for the Domhnall, ye brave men and proud,

“Domhnall” isn’t exactly the Scottish form of the name Donald, but more precisely is the Scottish Gaelic name from which the English name “Donald” is derived. (See also: Dómhnall, Dòmhnall, Domhnull, and Dòmhnull.) Horrifyingly, it also means “ruler of the world.” For pronunciation, see above.

The scion of Torquil and best of MacLeod!

Yes, Torquil MacLeod was a 14th century Hebridian clan chief who founded the Scottish Highlands clan MacLeods of Lewis (from Mac Leòid meaning “son of Leòd,” Leòd being a Gaelic form of the Old Norse Ljótr, meaning “ugly.”). The coat of arms for the MacLeods of Lewis is an enormous burning mountain (maybe of coal, or maybe of crap) on a field of gold. How appropriate!

With purpose and strength he came down from his tower

That would be Trump Tower, the city’s “first super-luxury high-rise,” also known as the film set for The Apprentice, during the building of which Domhnall destroyed works of art he’d promised to donate to the Met.

To snatch from a tyrant his ill-gotten power.

I assume the word “tyrant” (meaning “an absolute ruler unrestrained by law or constitution” or “a ruler who exercises absolute power oppressively or brutally”) here refers to President Obama, which is rather rich, considering. “Ill-gotten” (meaning “acquired by illicit or improper means,” like help from Russia) is even richer.

Now the cry has gone up with a cheer from the crowd:

Perhaps a reference to Trump’s famous rallies, with their aggressive and misogynist chanters, or perhaps an ironic reference to the 2.9 million more votes Clinton received, making her “crowd” somewhat larger.

“Come out for the Domhnall, the best of MacLeod!”

No one is saying that. Trump has historically low approval ratings. However: “The refrains at the end of each stanza are to be recited by the Inaugural crowd.” You have your orders, citizens.

When freedom is threatened by slavery’s chains

I have no idea what this means.

And voices are silenced as misery reigns,

Many white men have indeed been feeling silenced by the very mean feminists, people of color, and other assorted Social Justice Warriors, creating, I guess, misery for them.

We’ll come out for a leader whose courage is true

Whose virtues are solid and long overdue.

Somewhat confusing grammatically—can virtues be long overdue? When were Trump’s virtues due? And to whom? What kind of late fee is he looking at?

For, he’ll never forget us, we men of the crowd

Some would argue that he already has.

Who elected the Domhnall, the best of MacLeod!

When crippling corruption polluted our nation
And plunged our economy into stagnation,
As self-righteous rogues took the opulent office
And plump politicians reneged on their promise,

The forgotten continued to form a great crowd
That defended the Domhnall, the best of MacLeod!

In his victory speech, Trump declared that “the forgotten men and women of our country will be forgotten no longer,” capitalizing on a relatively nonsensical political and social idea that has been around for some time.

The Domhnall’s a giver whilst others just take,

“The Domhnall” loves to brag about his charitable contributions, though much of what he says is a lie. A short list of things that Donald Trump has, in fact, given us so far: rage, fear, disgust, and nightmares.

Ne’er gaining from that which his hands did not make.

A lone somber note here, referring to the fact that Trump can’t gain all that much from the very tiny items that his famously small hands are able to build.

Perhaps because anyone not “good” he doesn’t “employ”—”employ” here meaning “pay” the “amount” he “owes them.”

He’s enriched many cities by factors of ten.

I suppose it’s possible, but not New York.

The honest and true gladly march with the crowd
Standing up for the Domhnall, the best of MacLeod!

“Honest” meaning “free from fraud and deception” or “reputable” or “marked by integrity”; “true” meaning “steadfast” or “legitimate”—adjectives that could very well apply to Trump’s supporters, on a case-by-case basis, but certainly don’t apply to Trump himself.

True friend of the migrant from both far and near,

As long as they’re from Slovenia, or possibly Czechoslovakia.

He welcomes the worthy, but guards our frontier,

That wall you’ve been hearing so much about? It’s actually basically like the entrance to the Cave of Wonders—only the worthy can get through, and the rest get eaten. Cool, right?

Lest a murderous horde, for whom hell is the norm,
Should threaten our lives and our nation deform.

We immigrants hasten to swell the great crowd
Coming out for the Domhnall, the best of MacLeod!

I think those are just the imaginary immigrants in your heads, as usual.

According to the most recent stats, there are 4,726 degree-granting institutions in the United States. But all of those are now defunct, and all of the professors and students are dead. Surprise! Since our president is dumb, everyone in the country now loves dumb people and hates smart people. That’s how it works with presidents, right Obama?

No longer policing our words and our thoughts;

All policing will now be focused on our bodies and actual human rights.

Its ignorant hirelings pretending to teach
Are backward in vision, sophomoric in speech.

This suggests that the values of freedom of expression, equality, learning, and scholarship are somehow outdated—as opposed to say, the values of censorship, prejudice, and ignorance. Well, in my bleakest moments… The definition of sophomoric, by the way, is “conceited and overconfident of knowledge but poorly informed and immature” or simply “lacking in maturity, taste, or judgment.” Let’s not forget that this was, essentially, Trump’s best defense for himself when he bragged about sexually assaulting women!

Now we learnèd of mind add ourselves to the crowd
That cheers on the Domhnall, the best of MacLeod!

The poor man, the sick man, with young children crying,

The soldier abroad and the mother who waits,

The young without work or behind prison gates,

The veterans, wounded, all welcome the crowd
That fights for the Domhnall, the best of MacLeod!

Whilst hapless old harridans flapping their traps
Teach women to look and behave like us chaps,

“Hapless” means “without luck,” and “harridan” is “an angry and unpleasant woman” with synonyms listed as “battle-ax (or battle-axe), dragon lady, fury, harpy, shrew, termagant, virago, vixen.” Together, this is likely code for “feminists,” a term that I feel sure this writer does not understand. (Important: “us chaps” suggests the writer identifies male. Which you likely did not expect until now, right?)

The Domhnall defends the defenseless forlorn;
For, a woman’s first right is the right to be born.

Rather muddy logic here, but let’s be clear: Donald Trump is definitely pro-choice, but knew he couldn’t get elected as a Republican president on that platform.

Now the bonnie young lassies that fly to the crowd
Have a champion in Domhnall, the best of MacLeod!

All bonnie young lassies need a champion—otherwise who will grab their pussies?

But for all his great wisdom, the braw gallant man
Is matched by his children, the handsome Trump clan,

As Tolstoy wrote, “It is amazing how complete is the delusion that beauty is goodness. A handsome woman talks nonsense, you listen and hear not nonsense but cleverness. She says and does horrid things, and you see only charm. And if a handsome woman does not say stupid or horrid things, you at once persuade yourself that she is wonderfully clever and moral.”

And the flower of Europe, Melania the fair,
Adds a luster and grace with her long flowing hair.

Heavy symbolism, which can be taken to mean: Melania is pretty! Her hair is nice! To which I say: true.

May they flourish and prosper to form a great crowd
Around the good Domhnall, the best of MacLeod!

This sounds a lot like an argument for making the Trump siblings and Melania all procreate with one another to make more Trump voters.

Is there man left in Scotland, without base alloy,

It’s interesting to see the term “base alloy” here—a term that is most famous, particularly in politics, for its use by Abraham Lincoln in an oft-quoted 1855 letter in which he criticizes the nativist, anti-immigration “Know-Nothing” party:

“I am not a Know-Nothing. That is certain. How could I be? How can any one who abhors the oppression of negroes, be in favor of degrading classes of white people? Our progress in degeneracy appears to me to be pretty rapid. As a nation, we begin by declaring that “all men are created equal.” We now practically read it “all men are created equal, except negroes.” When the Know-Nothings get control, it will read “all men are created equal, except negroes, and foreigners, and catholics.” When it comes to this I should prefer emigrating to some country where they make no pretence of loving liberty—to Russia, for instance, where despotism can be taken pure, and without the base alloy of hypocracy[sic].”

Who remembers the Wallace, the Bruce, or Rob Roy?

William Wallace was an iconic leader in the Wars of Scottish Independence, who enjoyed blue face paint. Robert the Bruce was the King of Scots who led Scotland to freedom. The Rob Roy is a cocktail.

Or have five hundred years of a blasphemous lie
Robbed your manhood of might that you lay down and die?

I’m not totally sure what the lie is here, other than general British rule, but it’s a true fact that if you feel unmanly you will likely die immediately.

Get up and walk free, all ye brave men and proud!
Long life to the Domhnall, the best of MacLeod!

“The refrains at the end of each stanza are to be recited by the Inaugural crowd.“ 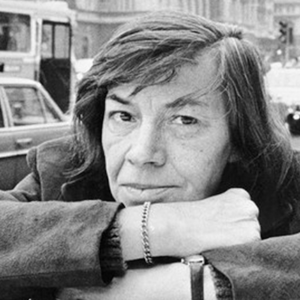 The finalists for the 2017 PEN Literary Awards have been announced. | PEN America “I read my poem, feeling American...
© LitHub
Back to top