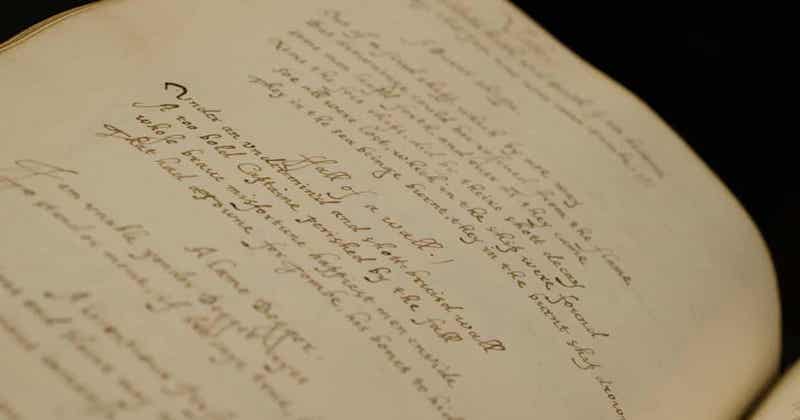 A newly unearthed manuscript might hold the key to questions about John Donne’s readership.

Devotional poet John Donne was “the best in this kinde, that ever this Kingdome hath yet seene”—but despite his emotive work, much of his life remains unknown to us. That might change with this new discovery: a bound, handwritten volume filled with 131 of John Donne’s poems, as well as a few poems from his contemporaries and 6 unattributed poems, has been acquired by the British Library. The book is one of the largest and earliest surviving collections of Donne’s work, and according to Dr. Alexander Lock, the British Library’s curator of modern archives and manuscripts, it’s “a manuscript of considerable literary importance, a new substantial work of Donne’s poetry that has not yet been studied.”

The handwritten manuscript is particularly important because so much of John Donne’s process remains unknown. Despite his eventual popularity, Donne disdained the idea of writing for money and so only circulated his manuscripts among select friends and patrons, who would then copy them down and share them further—but the identities of his audiences and the particulars of distributing his work are utterly unclear. Said Lock, “This [manuscript] helps us study who those people were . . . Virtually no poetry in Donne’s hand survives. That’s why these manuscript copies are so important.”

Is this manuscript in Donne’s hand? Maybe. Are the unattributed poems Donne’s, or do they belong to another major author—or an author previously unknown to us? We don’t know. So many questions, but Lock is hopeful that they’ll be answered by further study. Said Lock to the manuscript, “Take me to you, imprison me, for I, except you enthrall me, never shall be free.” (I’m paraphrasing.)