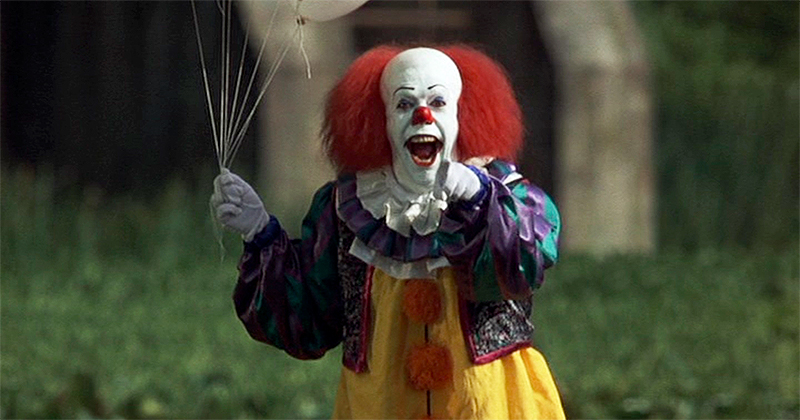 Hanging Out with Pennywise and My Grandmother’s Ghost

Kayla Rae Whitaker on Finding Comfort in IT as a Child

I first met Pennywise the Dancing Clown shortly after I found my grandmother’s dead body. I was seven.

It happened on a Friday night sleepover at her house, sometime between that evening’s Hee Haw rerun and Nashville Now. She was ill—had been permanently disabled by a stroke a decade prior, could not drive, could not turn on the stove. The person she’d been before the stroke was a story I was told, but something I’d never witnessed. What I saw was someone who sometimes forget to put on clothes before leaving her bedroom, which, knowing what I knew, didn’t much faze me: “Oh. Grandmom’s naked again.”

I felt comfortable enough so that, when she went to bed early (7 pm). “I don’t feel right,” she said, rising from her bed and limping to the living room couch, then (7:30 pm) retreating to the bedroom, increasingly papery in the face. I took it upon myself to go check on her while Granddad was on the phone with 911, requesting an ambulance. I crept down the hallway and into her bedroom, dim night and day, and approached the four-poster bed on which she lay, face to ceiling. Past the large wooden wardrobe that held a pistol in the second drawer, the bedside table on which a porcelain teacup filled with bullets sat alongside a navy tin of King Leo’s Peppermint Sticks, a second supply of which she kept in her purse next to her smokes so that, decades later, when I bought some at a Manhattan candy store, I ate one and tasted Virginia Slims.

I reached out and took one, putting it in my mouth before I touched the bed and whispered, “Grandmom.”

“Grandmom.” I reached out and patted her forearm to see if she would move, look at me. The air was cottony, as it always was there—the olive muffle of shag carpeting, doilies lidding all the hard surfaces. In the living room, the TV had been quieted, a sure sign something was wrong. I’m sure I heard their wall clock, which gave a coppery wheeze each quarter hour, gears churning to produce a bending alto chime.

I touched her hand, and it was this I remember most: it was not cold, but it was not quite warm, either.

There must have been a conversation as to what had happened—what, exactly, what I had seen meant. I don’t remember it. My parents were practical people. This was also rural Kentucky in the 80s and 90s; child psychologists were for kids who set fire to things. There’s a stoicism to this particular kind of American upbringing that perhaps no longer exists: “Does she still have all her fangers? Well then, she’s fine. Gawd.”

Being the practical folks they were, my parents probably did feel some anxiety over my having seen something disturbing, something over which they had no control. But I’d say that they knew that, when it came to seeing death or encountering it peripherally, no experience is transferrable, and that any cottony explanations of heaven offered as some irrefutable truth was not only horseshit, but would do both them, and me, a disservice. As an adult, I admire them greatly for this: they did not lie to me.

No. When it came to death, and everything that came after, I was on my own. We all are.

The upside? No more bedtime at Granddad’s house.

TV and me was a story of perfect attraction; we simply fell together, and fell in love. Cable was nothing short of a miracle: 36 channels offered a smorgasbord of weird delights. And on a Friday night with TNT, TBS, HBO, and Joe Bob Briggs Monstervision, it was hard not to find horror. My education had begun. The simplest images shook me the hardest: the bees of Candyman, Jody the Demon Pig in The Amityville Horror. Bedtime-free, I could gorge on TV until I fell asleep, an open canister of Planter’s Cheez Balls beside me.

It was only a matter of time before I found Stephen King, who, well into his record of adaptations, was all over cable. As with most, my acquaintance with IT began with the plump, white-gloved hand of Pennywise emerging from a sewer grate, with the chainsaw-rough greeting: Hiya, Georgie!

Iconography doesn’t get much creepier than the clown, its face painted in the fashion of a traditional death mask, the body’s vitality drained to reveal flesh’s true pale, the grins and jiggles a mocking reminder of our greatest fear: that one day, we won’t exist, and everyone we love won’t exist, either. There was a deeper reason why Trump, before and after his election, was referred to so often as an orange-faced (or, more pleasingly, Cheeto-faced) clown; I am positive that the animal instincts of much of America saw that rubbery pursed mouth, the puffed, frozen form, and smelled its own death.

This is the real investment of media, what we watch and what we see—they begin as insulation against the real events that happen to us, but over time, meld to our memories, incorporating themselves slyly into our personal histories. We forget, under the weight of adulthood’s ephemera, the power of retrospect that bears away the edges of horror so we can function without constant shuddering over what we have seen and heard. I see Pennywise and my hairs raise on the back of my neck. I recall the long, dark hallway, the TV’s muzzled mute.

At seven, I liked horror movies because they offered a world in which death was not the end. We could supersede the mechanics of the flesh. We could, in some form, last. It was, perhaps, a way of giving in to magical thinking about death, an indulgence I was savvy enough to keep to myself.

As an adult, I find a pleasurable nostalgia, and a sort of vicarious company, in horror. I often relax or celebrate or share with friends movies that are, essentially, mature continuations of my childhood preoccupations—my bachelorette party involved a screening of the 1982 slasher classic Pieces. The best New Year’s Eve I ever had involved watching David Cronenberg’s Shivers. Sometimes I watch The Omen to go to sleep. I can, with much delight, discuss the finer works of Bob Clark for hours (ignore the fact that he directed Baby Geniuses and go for the classics: Children Shouldn’t Play With Dead Things, or Black Christmas, or the sadly unsung, and pants-shittingly terrifying, Deathdream). Being scared is a sensation I have come to confuse, on some level, with coziness, intimacy. It’s something I like to have close to me, even if I find it somewhat repulsive.

Perhaps IT’s biggest fiction is the fact of the Losers Club, the alliance of seven children facing off against Pennywise. Each character has six other co-conspiritors in memory. They are accompanied in their grief, whereas the rest of us live out the residue of our memories alone.

Except for this: I distinctly remember watching IT with my parents, and it is a happy memory.

Some months after I’d found my grandmother’s body, I was watching TV in the house’s back room, an addition right around the corner from her old bedroom. What had I been watching? Something stupid I wouldn’t be able to remember later, like Chuckie, or Leprechaun, when suddenly, I felt it—the undeniable sense that something that was not me was also in the room.

My body felt it too: my bladder clenching painfully, my heartbeat tripping into double-time. I suddenly wasn’t quite sure that I wanted what I’d vaguely wished to have happen: a return.

I was positive—and I peered around the corner, just enough to confirm it for myself—that, in the dark, I saw something move.

Granddad was smoking a cigarette and watching a Reds game when I sprinted to the living room and begged him to call mom, please, I needed to go home, and when he asked why, all I could tell him was, “Because I’m scared.”

Driving home in the dark, my mother asked me what I was afraid of. I tried my best to explain what was happening inside me, the oily, heavy sense of knowledge and its corresponding lack that had settled inside me, a solid space that, now occupied, had seemed happier when it was empty. That feeling that I could describe as loneliness—though that seemed a pale term for what it was—but, years later, I could identify as a weird, plodding despair, the beginning of something that never would quite end, that would come to be a part of who I was, whether I liked it or not.

What came out was some horseshit about ghosts and sewers and the deadlights.

My mother slumped slightly over the steering wheel, biting her lip. “You think she’s a ghost,” she said, “who is going to come back.” Here, she struggled. “To get you.”

I recall feeling a weird, heavy impression, down deep, near the bowels., Later, I would be able to identify this sensation as acute embarrassment.

“Oh honey,” she said. “It would break her heart to know that.”

I’d hurt them both. I was sorry, though I wasn’t quite sure how to let loose of my need for the sustainable fiction of resurrection that helped me move forward. What else was available to me, other than a truth I couldn’t understand?

No. The fiction would always be there. It would merely change, in depth, in function. Something else that would come to be a part of me, whether I liked it or not.

I ordered tickets for the new IT reboot days in advance, pestering my husband about it, working through my days with anticipation. I’m trying not to expect too much—the forced restraint of one who secretly hopes to fall in love with the blind date. Nearly 30 years later, and I’ll still willfully spend my Friday night with Pennywise, grasping fast to the fiction with both fists.

Kayla Rae Whitaker was born and raised in Kentucky. She is a graduate of the University of Kentucky and of New York University’s MFA program, which she attended as a Jack Kent Cooke Graduate Scholar. She lives in Louisville. The Animators is her first novel.

How Should a Male Writer Be? On the Toxic Competitiveness of Writers 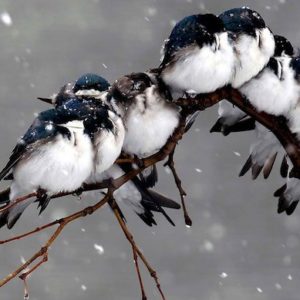 The First Person Who Will Live to Be One Hundred and Fifty Years Old Has Already Been Born [For Petra] Scientists say the average...
© LitHub
Back to top