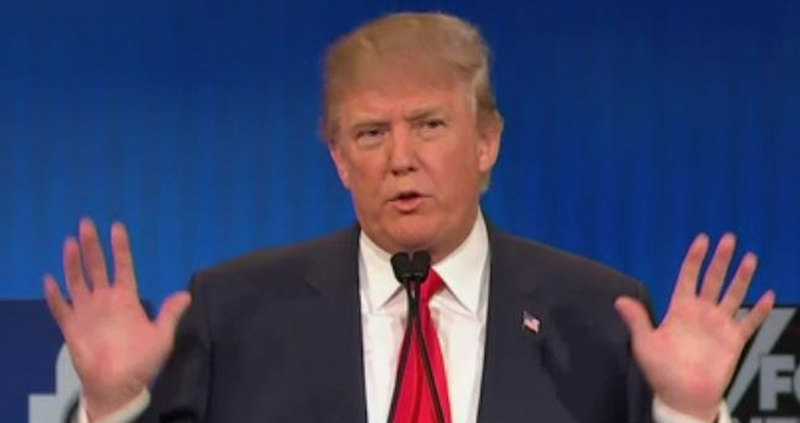 Plumbing the Depths of Republican Abuses of Language

On Thursday evening, March 4th, the Republican Party held its eleventh debate of the 2015-2016 primary season, an event that not only set broad new standards for topics deemed suitable for discussion, but also was rich in the sort of deceptive language that we call Spinglish. Here are the highlights:

flexibility. Donald Trump offered this agile spinonym for his predilection toward shifting—if not completely reversing—his position on immigration and just about everything else. He insisted that “there always has to be some, you know, tug and pull and deal.” In response to a specific question from Megyn Kelly about his flip-flops on increasing the number of H-1B visas for highly-skilled workers from overseas who take jobs away from equally qualified Americans, he explained “I’m changing, I’m changing.” A little later in the debate, he added: “I have a very strong core, but I have never seen a successful person who wasn’t flexible.” He even suggested he might negotiate with the Mexicans over the height of the proposed border wall he expects them to pay for. “We need give and take in government,” he asserted.

“the biggest job-killer in America.” Senator Ted Cruz trotted out this phrase, which he has frequently used before, to insinuate that the Affordable Care Act has had a disastrous effect on levels of employment in the United States. Government statistics reveal, however, that since the employer mandate in the ACA took effect in January 2015, the economy has added 2.4 million new jobs.

“A minor civil case.” This is how Donald Trump characterized the three class-action lawsuits against Trump University brought in California, and the legal action recently begun against his eponymous academic institution by New York Attorney-General Eric Schneiderman, who labeled the billionaire’s semi-scholarly enterprise a form of “bait-and-switch” and “a scam.” And when Trump claimed that 98 percent of his university graduates had praised their experience, Fox moderator Megyn Kelly noted that one third of them had asked for refunds of their tuition.

“We’re one vote away from… effectively eras[ing] the 2nd Amendment from the Bill of Rights.” Ted Cruz used this language to suggest that allowing a Democrat to nominate the next Supreme Court justice would inevitably lead to Americans losing their constitutional right to bear arms. Implicit in this argument is the assumption that the framers would have vigorously defended the right of homicidal psychopaths to purchase military-style assault weapons.

“I started off with $1 million. I built a company that’s worth more than $10 billion.” As he did during the tenth GOP debate, Trump left a rather important fact out of the story of his business success: the fact that he borrowed and inherited millions of dollars from his father (including the earnings from $3 million worth of poker chips that his dad purchased, on the condition they would never be used, to help the Donald save a failing casino).

“As president, I will… abolish the IRS.” After Ted Cruz made this dramatic statement, Chris Wallace asked him who, under a Cruz administration, would “collect the taxes that you are still calling for? Who will oversee to make sure that people pay the taxes that they rightfully owe? And who will check on the various tax deductions and tax credits that you still want?” Cruz responded that there would “still be an office in the Treasury Department” to do such things. In other words, he would re-establish the IRS.

“I beat Hillary Clinton in every poll.” No, Donald. You lose in all but one.

“Donald has a tenuous relationship with the truth.” Sen. Ted Cruz’s coined this legalistic phrase to brand Donald Trump a liar while artfully avoiding using the “L-word.”

“Well, I also happened to call him a lightweight, OK? And I have said that. So I would like to take that back.” When Chris Wallace asked Donald Trump how he would respond to Marco Rubio’s suggestion that the candidates should “start talking about the issues” instead of trading insults, Trump answered by “taking back” a previous brickbat he’d thrown at Rubio—a classic Spinglish maneuver which allowed him to repeat the put-down before a national television audience, even as he appeared to accept the challenge to raise the level of discourse.

“Two-thirds of the people who have cast a vote in a Republican primary or caucus have voted against you. They do not want you to be our nominee.” Marco Rubio made this point to (and about) Donald Trump, and to many listeners it must have sounded like a reasonable argument. But, as The Washington Post’s Aaron Blake notes, it’s completely specious. “By this logic,” Blake writes, “8 in 10 people have voted against Rubio and Cruz. Just because people don’t vote for you doesn’t mean they are against you.”

“[Rubio] referred to my hands; if they’re small, something else must be small. I guarantee you there’s no problem. I guarantee it.” More than one commentator has expressed amazement that the leading vote-getter in this year’s Republican presidential primary would find it necessary to offer a gratuitous defense of the size of his private parts, but it can be argued that this utterance is in the great tradition of such other famous campaign chestnuts as “Speak softly and carry a big stick” and “Where’s the beef?” But does the Donald’s guarantee qualify as Spinglish? Perhaps the only way we’ll find out is if Ted Cruz extends his demand that Trump release the tape of his off-the-record remarks to The New York Times to an insistence that he make public an Anthony-Weiner-style photo of his anatomy.

the party of Lincoln and Reagan. Senator Marco Rubio’s used this phrase to describe a GOP that presumably shouldn’t nominate as its candidate for president someone like Donald Trump. Just for the record, it’s also the party of Harding, Coolidge, and Hoover, not to mention Senator Joseph R. McCarthy.

[AUTHORS’ NOTE: Despite our repeated denials, we continue to hear rumors that we are providing Spinglish-English translations of this season’s presidential debates to Literary Hub, not only as a public service, but also for the purpose of promoting sales of our recent book, Spinglish: The Definitive Dictionary of Deliberately Deceptive Language. As tempting as it is to chalk such perceived criticism up to “a very bad earpiece that we were given,” we refuse to fall back on such excuses, valid though they may be. Indeed, if any of our readers feel we have let them down in any way, we deeply regret it. ] 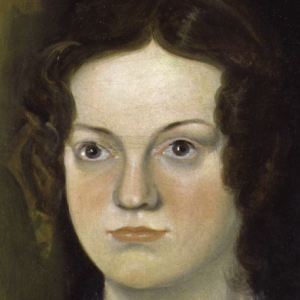 James Brown, the history of genetics, and more: Six nonfiction books to look forward to this spring. | The Wall Street...
© LitHub
Back to top