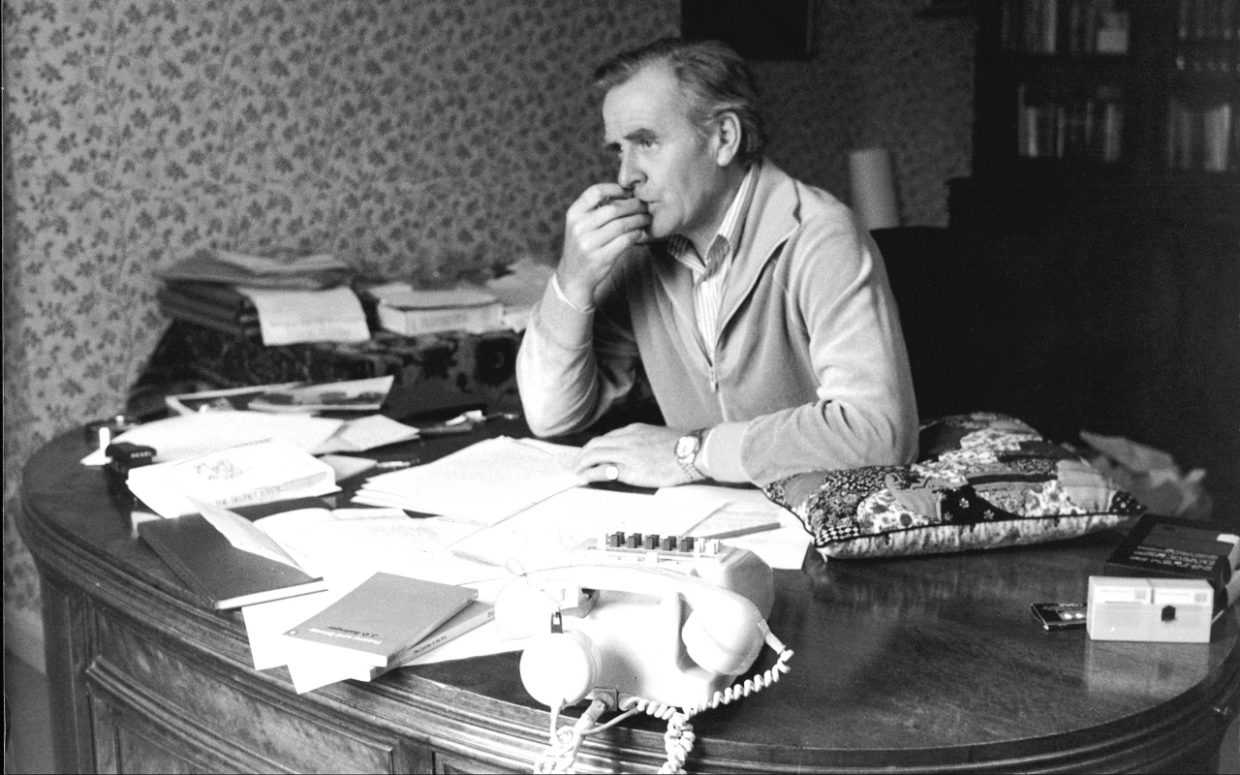 A new John le Carré novel is coming this fall.

Today, Viking announced that this year—which happens to markthe 60th anniversary of the publication of John le Carré’s first novel, Call for the Dead—they will publish the beloved writer’s twenty-sixth, and probably very last, novel, Silverview.

Silverview will be released on October 12, 2021, in the week that would have marked le Carré’s 90th birthday. It is the only complete novel that was still unpublished when le Carré died in December.

The publisher describes the novel, which is set in modern Britain, as “a brilliantly conceived novel about the tension between personal and political loyalty. It interrogates the concept of moral goodness in the face of public duty.”

In the press release, Nick Cornwell, John le Carré’s youngest son and a novelist who writes under the pen name of Nick Harkaway, said, “This is the authentic le Carré, telling one more story. The book is fraught, forensic, lyrical, and fierce, at long last searching the soul of the modern Secret Intelligence Service itself. It’s a superb and fitting final novel.”

Jonny Geller, John le Carré’s literary agent, said, “Reading le Carré’s novel after his passing feels like a gift he has left us. Silverview is as urgent and alive as any of his past work.”

Brian Tart, John le Carré’s publisher and editor at Viking Penguin, said, “Silverview is a brilliant novel and thrilling reminder of the genius of John le Carré. His inimitable voice is on every page, and I am so pleased that readers everywhere will be able to hear it once again.”