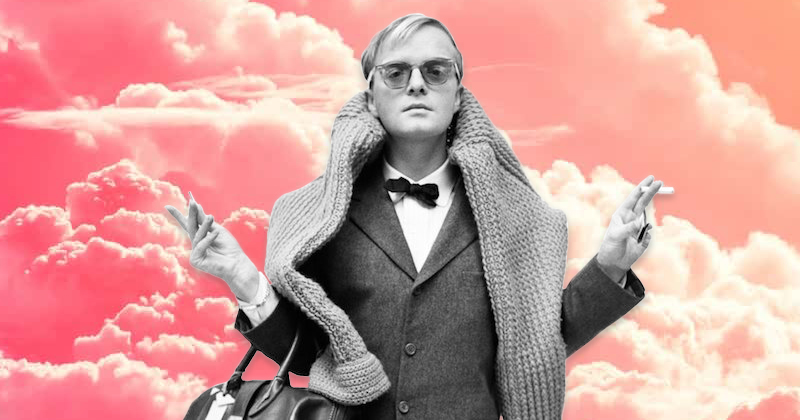 Truman Capote never finished his last novel. He signed a contract for the book, which he described as a “dark comedy of the very rich” and compared to In Search of Lost Time, in 1966 (and renegotiated it twice, somehow getting more money each time), but only managed to publish a few chapters in Esquire in the 70s—chapters that got him in hot water with his social circle, who recognized themselves in said chapters, mildly disguised and aggressively skewered. (“What did they expect? I’m a writer, and I use everything,” Capote said.) An incomplete posthumous version was eventually published in 1986.

Answered Prayers—whose title comes from Saint Teresa of Ávila: “Answered prayers cause more tears than those that remain unanswered.”—has long been one of literary history’s most discussed and mythologized unfinished works, and it is now the focus of a new documentary directed by Ebs Burnough. Appropriately, the documentary is full of never-before-seen taped interviews with Capote’s friends and ex-friends, including Lauren Bacall, Norman Mailer, Andre Leon Talley, Slim Keith, and Gore Vidal.

The documentary debuted at the Toronto International Film Festival in 2019, but faced delays due to the pandemic; it was released earlier this year in the UK (which means it already has a bunch of reviews, if you’d care to read them, and a 95% rating at Rotten Tomatoes, the Book Marks for movies), and is finally coming to screens both big and small in the US this fall. In the meantime, watch the trailer here:

The Capote Tapes will be released in theaters September 10, and digitally October 26.