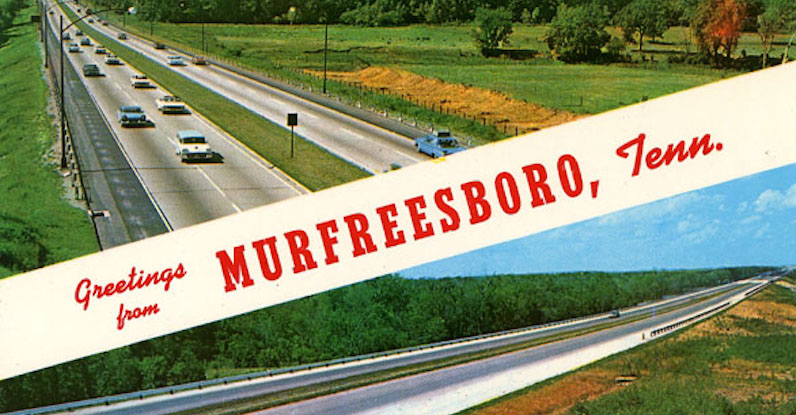 The first time I visited Murfreesboro was this spring, when I was invited to participate in a young adult book festival held at Middle Tennessee State University. But I’d been aware of the small city in middle Tennessee since 2010, when the local Muslim community’s decision to build a new mosque for its growing congregation spurred a small but alarmingly vicious opposition that made the national news. The mosque finally opened after a two-year saga of vandalism, arson, protests, counter-protests, lawsuits and federal intervention; all the ugly twists and turns closely covered by the media. I remember reading that Victoria Jackson had shown up at the newly-opened mosque; I wondered why the woman from Weekend Update was there before discovering that the former SNL comedian I loved as a kid had become a raging Islamophobe. For purveyors of anti-Islam hysteria, Murfreesboro had become a requisite stop, a prime photo-op.

For Muslims following the news from afar, the city represented the dark underbelly of an increasingly Islamophobic America. But for the citizens of Murfreesboro, the majority of whom spoke out in support of the mosque and the Muslim community, it was simply home. By the time I was invited to the Southeastern Young Adult Book Festival there this spring, I’d lived in nearby Nashville for several years, and had met a number of interesting people who lived or taught in Murfreesboro. It had become an actual place to me, rather than a locus for anti-Muslim hatred, imagined and filtered through the media. In 2010, I would have been nervous about going to Murfreesboro. I wasn’t anymore.

On the first day of the festival, middle-school and high-school students from throughout middle Tennessee were bussed in from their respective schools to Middle Tennessee State University in Murfreesboro for their own dedicated day of festivities. It was free for them, their numbers restricted only by venue capacity—2000 students, nearly all of whom seemed very excited to be there. Some of these students had never attended a book festival before, many had come in from rural areas, some had always been avid readers, and some had become readers after attending the inaugural festival the year before. The audience was majority white, but more socioeconomically and racially diverse than many festivals I’d attended.

At the festival, the authors spoke openly of the themes addressed in their books: growing up LGBTQ, discovering you’re intersex, dealing with aftermath of sexual assault, and more. There was not enough time for all of the students’ questions. The fact such a festival existed and thrived in a very red state was a powerful reminder that things were always more complicated than they seemed. I had a new association with Murfreesboro: a sense of hope.

But it was a hope complicated by place. As I walked around downtown with two other authors, a pickup truck draped with a massive Confederate flag began to slowly circle Murfreesboro’s historic square, blaring music. On our way back, we were stopped at a red light behind a different pickup truck, flying a Confederate flag, the pair of truck nuts attached to its rear bumper hanging so big and low they practically scraped the asphalt.

In Nashville, it was easy to remain in a relatively liberal bubble, a little blue dot populated with former Bernie supporters and hippie Christian bumper stickers promoting love for all. These blatantly aggressive and particularly Southern displays of white supremacy still startled me, as did the jarring juxtapositions of the changing metropolitan South: a gay bar near a church sign condemning gays as sinners, a Black Lives Matter march passing by businesses and restaurants marketed as evocations of plantation life. And here, in a county in which nearly 2/3rds of residents voted for a man who’s proud of not reading books to be president, a lovely literary festival was encouraging thousands of kids to become readers. In many ways, Murfreesboro was a microcosm of the best and worst of America.

At Murfreesboro’s YA book festival, I was the only Muslim author. There are still very few of us, so this was unsurprising. As a Muslim-American author who writes about Muslim characters, I sometimes feel like I’m on and off a soapbox, reminding audiences of the dangerous divisiveness of Islamophobic rhetoric, explaining that Muslims are a diverse group of people who defy any stereotype. It is, in fact, a community so varied in race, ethnicity, sect, class, cultural histories and religious outlook that it can seem a little disingenuous to even be speaking on their behalf. Aside from having to deal with Islamophobia, whether directly or indirectly, there is no singular Muslim-American experience, but with so few books about Muslim teens and so much hatred, the soapbox comes with the narrative territory.

On one panel, we were asked if we write our books with the intention to deliver a message. Most of the writers said they deliberately tried to avoid any kind of message; if the reader came away with one, it was because they chose to, not because the book explicitly promoted it. I told the students that writing about Muslim-American experiences sent a message that Muslims are complex people with fully realized lives. This type of “message” should be obvious, but we live in a racially- and religiously-charged time in which young Muslims feel so besieged they feel it necessary to make videos in defense of their own humanity, proclaiming that they are good, ordinary people and not terrorists. When the government has banned Muslims from certain countries from entering America, I explained, simply writing about Muslims as empathetic people is in and of itself a message.

After the panel ended, two white teenage girls approached the stage. I could tell they were eager to say something, so I greeted them with my YA author enthusiasm, waving them forward.

As they stepped up to the table, their nervous excitement was palpable.

“We just want you to know,” one of the girls said, “that you are welcome here.”

My initial reaction was confusion. I was born and raised here; I have never been or felt anything but American. I’d always assumed that my American-ness was self-evident; my trips abroad had told me that America was in my walk, my attitude, and unmistakably, often painfully, in my voice, its sound and cadence, in the indelibly American accent that commandeered my Urdu and any other language I attempted to learn, prompting rickshaw drivers in India to declare, within 30 seconds of talking to me in Hindi, “You’re not from here.”

But, I reasoned, I was wearing a sari, and had been talking about Muslims, two things that might have led these girls to identify me as foreign. It was also possible that they knew I was American, but had interpreted my words to mean I no longer felt welcome in my own country, and so had decided to come reassure me that, indeed, I was.

I realized they were being nice, but found this reassurance deeply unsettling. What did this say about privilege, that two white teenage girls felt themselves in a position enough to validate the presence of a 40-year-old woman of color? I couldn’t imagine the 15-year-old me, awkward, brown, going up to a 40-year-old white woman to assure her that she belonged. A part of me, the part that had become increasingly cynical and bitter post-election, thought, how easy it is to make an overture when you have so little at stake.

But that wasn’t entirely fair. I knew nothing of these girls’ lives, and at least it was a kind overture. In considering their words, shouldn’t I also consider Murfreesboro’s history as a former flashpoint of Islamophobia? The girls were well-intentioned, and as a YA author, I was here to inspire, not chastise. And, given the fleeting nature of our interaction, was there a good way to tell them that their words stung more than eased? How could I explain that their statement of goodwill had sent me reeling, opening up a wound I myself didn’t quite comprehend?

So I did what I believed to be the right thing, the best thing.

As the girls walked away, I was still smiling, but my heart was aching, for me, for them, for Murfreesboro, for the country we all called home.

Sheba Karim's second young adult novel, That Thing We Call a Heart, features young love, Urdu poetry and Radiohead and is out May 2017 from Harper Collins.

The Fine Art of Cheating in Baseball 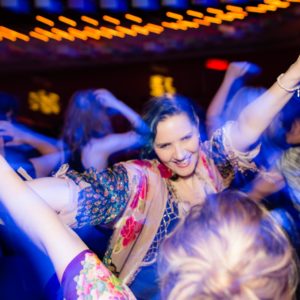 The One Story Debutante Ball is a revered institution in the literary party world. “It’s fun,” is commonly heard, or “People...
© LitHub
Back to top