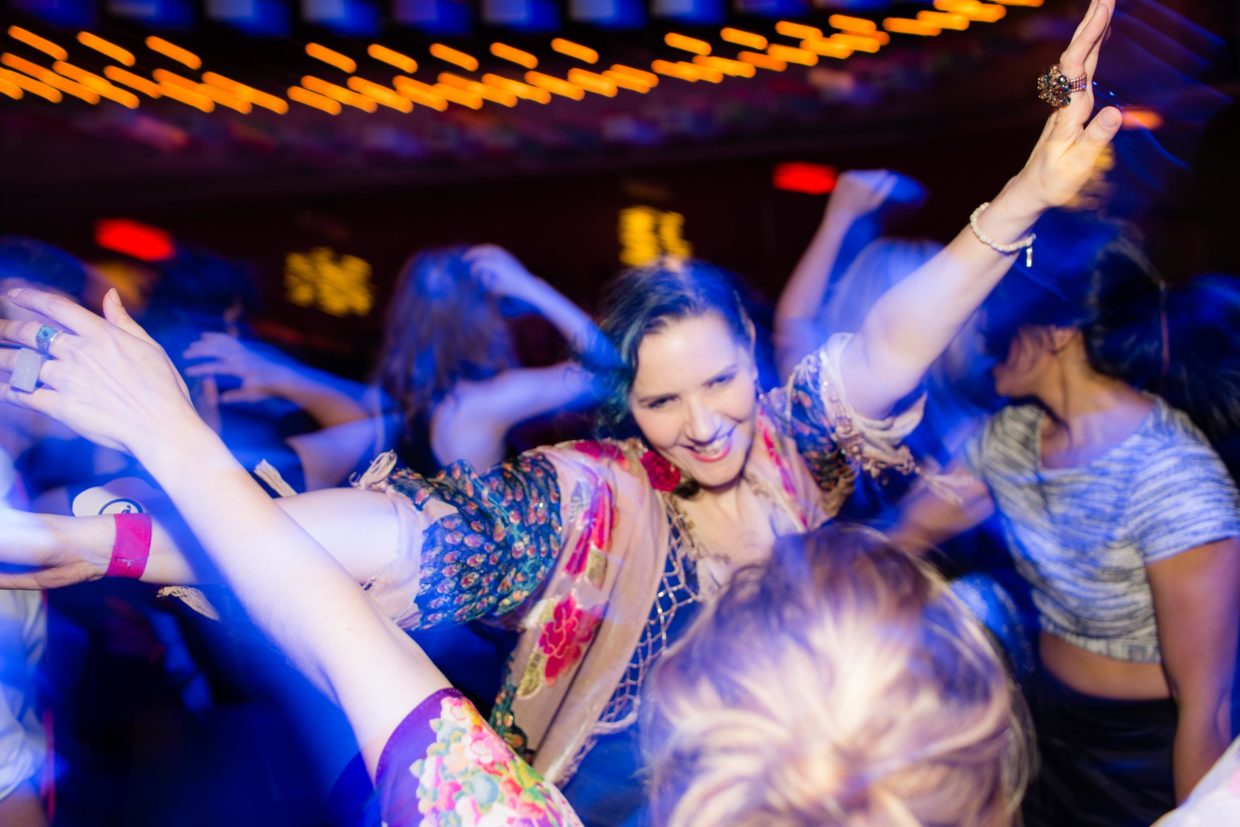 A Report From One Story's 15th Anniversary Debutante Ball

The One Story Debutante Ball is a revered institution in the literary party world. “It’s fun,” is commonly heard, or “People actually dance!” One Story is celebrating its 15th anniversary this year, a milestone for a literary journal. The ball celebrates a group of debutantes—debut authors—whose books have come out in the past year who have been published in One Story; the authors are “presented” at the ball by a mentor. Maribeth Batcha, a co-founder of the journal, said that the idea of throwing a debutante ball had been cheeky at first. “Each year, it becomes a little less cheeky, and a little more sacred.”

The time after a debut novel is a precarious one, where authors are on their toes for best-of lists and honors, but becoming a debutante still stands out as special. Anne Corbitt, author of Rules for Lying, told me she’d been counting down the days until she’d become a debutante since she got her story published in 2010. Julie Buntin, author of Marlena, said when she heard her book was getting published, her second thought was, Now I’ll be a deb!

“I think it feels less stuffy because it’s in Brooklyn,” Ryan Chapman said, and I had to agree; it had only taken me 20 minutes and an awkward subway ride in my long white dress to get there. All the guests took the word “ball” seriously, outfits a level up from cocktail attire. I saw Rumaan Alam and asked if his kids had picked out his shoes, beginning our conversation as if his Twitter thread was a text message to me. I told him how his children are the only kids that make me want to have kids. “You know, other people have said that to me,” he said. “They’re like the poster children for children.” Melissa Yancy, author of Dog Years, was in from Los Angeles and told me how she was published in Issue 20 of One Story, back in 2003, and that long gap made this whole night feel even more special.

Nadxi Nieto was wearing a pleated yellow skirt and a black t-shirt we all stroked upon realizing it was cashmere. She had just gotten back from a writing residency in Greece for three months, and she said the biggest difference was being around so many people—she only had cats and sheep to talk to in Greece. Lincoln Michel confirmed by later listing the names he’d given all the cats that frequented their house. Molly McArdle was wearing a gold pendant of a Ram around her neck. “Are you an Aries?” I asked—she wasn’t. “The necklace is Aries,” she explained, “but the outfit is very Libra.” She gestured to her big fur jacket, blue jeans, and silk scarf draped around her collar; I really should have known.

Up on stage, co-founder Hannah Tinti was wearing fringe worthy of Stevie Nicks, and playfully yelled, “Quiet, debutantes in the back!” before speaking about the importance of organizations that help cultivate that spark in an artist’s life that is hopefully turned into a fire. The debutantes were announced, and as they made their way across the ballroom arm-in-arm with their mentors, the first line from each of their novels was read aloud. They each wore corsages made of knitted flowers.

Lan Samantha Chang, program director at the Iowa Writers’ Workshop, was the 2017 Mentor of the Year, and she was given a lovely introduction by Angela Flournoy, who was wearing a killer black velvet jumpsuit. “In the future—I still think there’s going to be a future, guys—I’m already looking forward to bragging I was part of the Sam Chang era.”

“I’m going to give a talk,” Sam Chang opened, “and no one told me exactly what to talk about. . . but I’m going to talk about the importance of holding onto your inner life.” As you would expect from the woman who has polished the most important writing program in the county, she soon had a room full of writers trying to memorize her every word:

We are taught to believe that publication of a book is the happy ending to a long journey of working and striving, but. . . publishing is only the beginning of the quest. The quest requires learning to navigate the world as a public writer, which is the opposite of making art. It also requires learning to guard that inner self from which the art emerged in the first place. Suddenly, the newly minted writer must make laborious efforts to describe what he or she has written. Some read history and theory and science in an effort to find vocabulary that will illuminate their creations. This struggle takes place, I think, because the sincere reaction to making meaningful art is often speechlessness. We make art about what we cannot understand through any other method. The finished product is like a pearl, complete and beautiful but mute about itself.

It took a moment for everyone to gather themselves. “That was the realest,” I heard, and someone else murmured, “I needed that.” But leave it to Catherine LaSota, the great initiator of the dance floor, hair pointing toward the ceiling, battle-ready in intense eyeshadow: she soon got the stage filled. Erin Wicks of HarperPerennial was dancing in a long red dress and I asked her who she would have liked to present as an editor. She answered Sarah Gerard: “I know she’d get down hard with me on the dance floor, and also because I love her book.” I saw Angela Flournoy and she spoke to me about Sam Chang. “What I admire so much about Sam Chang is the way that she quietly, but very doggedly, changed the culture of the workshop. Eventually, that will change the literary landscape. She made it not just more diverse, but also a place where you don’t have to feel like everything is a competition. It wasn’t somebody that made you feel like you were on a reality show competing for one slot.”

As the night wound down, I chatted with Julie Buntin and Julia Pierpont to the side of the stage before leaving. “Where’s my date?” Rachel Fershleiser yelled, before finding Julie and folding her into a hug. “Rachel has been encouraging me since before I thought I was a writer,” Julie said. That’s the most important, we agreed, that nascent encouragement before you’re even close to believing it yourself. And maybe that’s why One Story is so precious, not because it’s Brooklyn, not because people dance, but because it’s an entire night constructed around that: the idea of encouraging a young writer before they have anything real to give you, before you can articulate why. 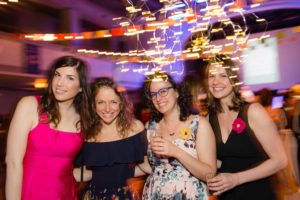 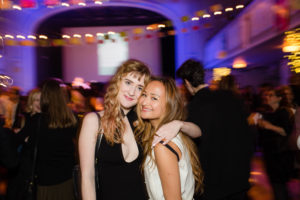 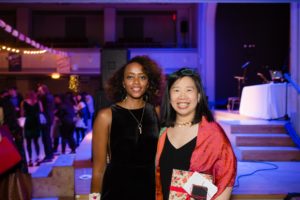 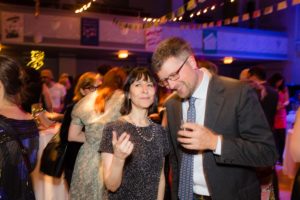 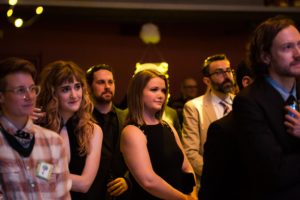 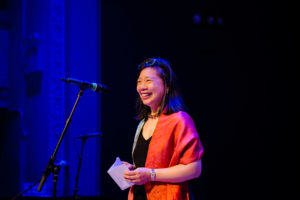 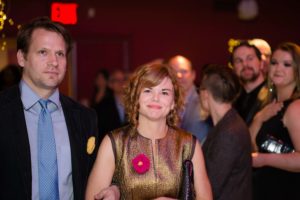 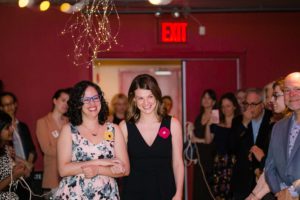 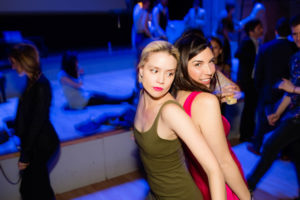 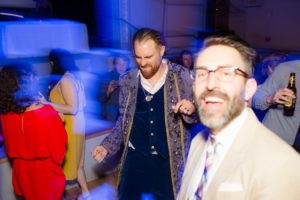 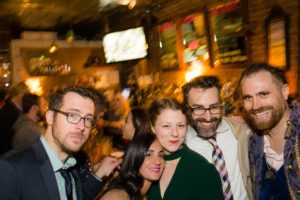 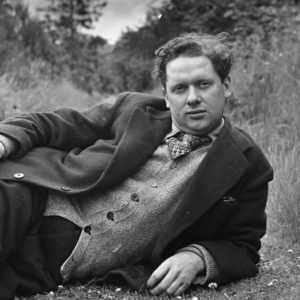 I delight in a palpable imaginable visitable past—in the nearer distances and the clearer mysteries, the marks and signs...
© LitHub
Back to top
Loading Comments...