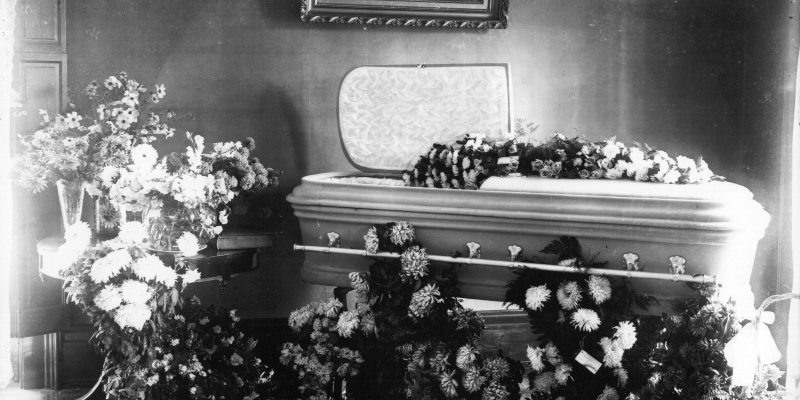 For a while in 2020, Jeff Jorgenson heard grim jokes that the pandemic must be great for his business. As the world shut down, in-person businesses suffocated, and layoffs swept through the economy, popular belief was that folks like Jorgenson would be among the few to benefit, financially if not spiritually.

But that first pandemic spring, his businesses—including Clarity Funerals and Cremations in East Hollywood, which had only opened its doors in fall of 2019—were struggling. Winter is cold and flu season, generally the busiest time for funeral homes, but that one leading into 2020 had been unusually mild. And once Covid hit and California issued the nation’s first stay-at-home orders on March 19, many people avoided not just the new coronavirus but other illnesses that could have killed them.

Jorgenson’s most profound early contact with the pandemic concerned not death but new life: His baby son was born on March 6, 2020, at the Evergreen Hospital in Kirkland, Washington, which was taking patients from the nation’s first nursing-home outbreak at the Life Care Center nearby. Jorgenson and his mother-in-law were there to welcome little Robert’s arrival into a strange world getting stranger. Within days, the hospital slammed shut its doors to visitors.

But measures like this were only going to keep a shaky lid on the pandemic for so long. In the meantime, restrictions to stop the virus also stopped people from gathering to grieve loved ones, no matter how they died. Jorgenson, who loved the funeral industry precisely because it meant helping people through their most difficult times, had to explain to bereaved sons, daughters, spouses, parents, that the rules applied to the heartbroken too. Sorry, you can’t see your dad one last time.

In January 2021, with two vaccines authorized for emergency use, Covid’s killing cruelly picked up speed in California. By the end of the month, Los Angeles County alone was clocking hundreds of deaths per day, quadrupling the county’s worst prior peak; more than 4,500 people there who had lived through 2020 wouldn’t survive to January 22. The bodies were so numerous in LA County that officials lifted air-quality restrictions on cremations, and the National Guard was moving bodies to relieve overcrowded morgues.

As the phones kept ringing and he kept being unable help, he found himself crying over the futility of his job.

Jorgenson, who also ran two funeral homes in Seattle and would ordinarily commute to Los Angeles, was stuck states away trying to manage the logistics of so much death in California. All grieving families had one problem in common: They needed someone to take care of a loved one’s dead body. And Jorgenson, for the first time in 15 years in the funeral industry, had nowhere to put them. He was calling as far away as Santa Barbara trying to find cooler space. He was hearing about dead people stacked on the floors of crematoria.

He had never seen so much death all at once. Generally, while securing death certificates and cremation permits—one person’s devastating loss was another person’s pile of paperwork—he was able not to dwell on the human being behind the name. Otherwise he’d go crazy. But now, as the phones kept ringing and he kept being unable help, he found himself crying over the futility of his job.

California was only making it harder with its system for filing death certificates. Unlike other states where doctors entered cause of death, California layered in additional steps: Funeral directors asked doctors for cause of death, entered it into paperwork, sent it to the county for approval, then sent it back to the doctor for confirmation. Funeral directors had to do all of this before they could get a permit to cremate. Overwhelmed doctors were slow to convey information; county officials were working through backlogs; bodies piled up without cremation permits in a self-perpetuating cycle of dysfunction as families waited for weeks.

Once, in the time it took to process one Covid victim’s paperwork, his brother had also died of the disease.

They were members of a Salvadoran family. Jorgenson had seen the pandemic’s disproportionate effect on California’s Hispanic community, how the disease ripped through multi-generation homes and felled people who kept the country running because they couldn’t stay home from work. They were “essential” until they were expendable. Jorgenson could not fix this system, or heal this family’s double loss, but Clarity did its small part and got the necessary approvals to cremate them on the same day, so they could be together in death as in life. It was a point of solace in the ashes for one family.

The deluge slowed down by last March, but subsequent waves have continued to take their toll. Families and funeral directors are tired. Now the problem is less too many bodies than too few workers to move them—Jorgenson’s businesses are in the same predicament as many others, struggling to find people willing to work full time.

There are times he questions why he does the job at all. Last year he felt the despair of not being able to help families; this year he absorbs impatience and abuse and feels sometimes he can’t make anyone happy. But then he reflects: “We’re all in the same canoe and just trying to get up the river.” He remembers why he does it—to help people when they’ve had a loss, to give them an easier experience in a difficult space. And he thinks if he can continue to do that, then it’s all worth it.

Besides, he knows that the pandemic won’t last forever. In the meantime, his son is growing, and toddling, and babbling, and pushing forward a new life. So he keeps rowing. 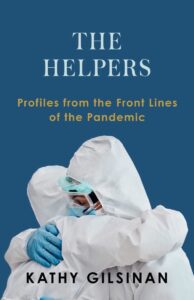 Kathy Gilsinan’s THE HELPERS: Profiles from the Front Lines of the Pandemic is available now from W.W. Norton.

Kathy Gilsinan is a journalist and the author of the forthcoming book, The Helpers: Profiles From the Front Lines of the Pandemic.

How Placing Intentional Errors Into Maps Can Protect Them 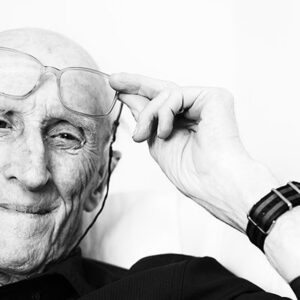