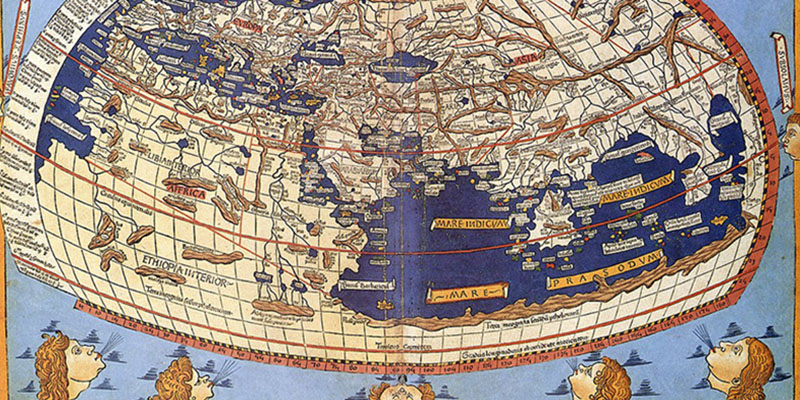 How Placing Intentional Errors Into Maps Can Protect Them

Nell Young, a dedicated cartographer, once had it all–a dream job in the New York Public Library, a stylish boyfriend, Felix, who understood her obsession with maps, and a good salary as a researcher. Then she and her father, Dr. Young, the top scholar at NYPL had a fight about the importance of find she discovered in the basement, and her dreams came crashing down. She lost Felix when her father fired him, along with her.

Seven years later, Nell is frumpy and depressed, working well below her aptitude, when news arrives of her father’s unexpected death at the Library. While in his office, she comes across his secret hiding place for treasured items and is amazed to find one of the maps included in the box that provoked the fight. It’s not one of the rare expensive maps, but rather a cheap common map from the thirties. It’s not until she enters her find into the database that she realizes she may have the only surviving map of this edition. The others have all mysteriously disappeared. Soon she begins to wonder if her father might have been murdered over this cheap map?

Much as Nell would like to solve this all by herself, she’s forced to reach out for help. Could her parent’s former friends and her estranged boyfriend, Felix, help her solve the mystery? Or will her questions draw the killer nearer and put her new comrades in danger?

The Cartographers will acquaint you with the real-world concept of a phantom settlement and make you see the New York Public Library in a new light.

Gabrielle Martin: What inspired the concept for The Cartographers?

Peng Sheperd: The novel is actually based on a true story. It’s amazing and unbelievable, except that it’s completely true. Most of the time when you look at a map you think that it’s accurate because that’s the whole point. If a map wasn’t, you couldn’t find your way somewhere. But it turns out there’s this long-standing practice among cartographers of putting tiny errors, on purpose, into the map, and it’s a way to protect your work from being stolen by other map makers. If your tiny error—like you draw a mountain way that isn’t there off in the distance or you add a dead-end street where no one is likely to mistake that and drive on it—if you can prove that what you drew was an intentional error and that it’s on someone else’s map, then they must have stolen your data, because how else could it have gotten there if they’d done their own survey work?

In the early 1900s there was a pair of mapmakers from a very small company who were convinced that all the large companies were stealing data from them in order to speed up and cut corners and so they planted a tiny town that doesn’t exist out in the countryside of upstate New York and they named it with a combination of their initials, so there’s absolutely no way that this place is real, and they chose a place on purpose that was nothing but an empty field when they were on their survey.

About a year later this tiny town turned up on all their competitors’ maps, so they were like “Aha.” They tried to sue. They had made up the town, and this proved the other companies had been stealing. The other companies said “It is real.” They all drove out there with their lawyers and their cartographers to take pictures of this empty countryside. When they got there, there was actually an entire small town with people living in it with the exact name that they had made up. That’s a true story, and that’s where my story draws its inspiration from.

Peng Shepherd was born and raised in Phoenix, Arizona, where she rode horses and trained in classical ballet. She earned her MFA in creative writing from New York University, and has lived in Beijing; London; Los Angeles; Washington, D.C.; Philadelphia; and New York City. The Book of M was her first novel. 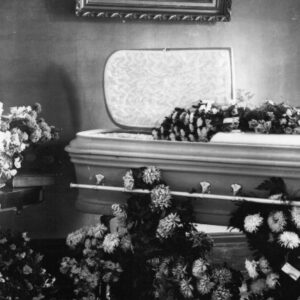 For a while in 2020, Jeff Jorgenson heard grim jokes that the pandemic must be great for his business. As the world shut...
© LitHub
Back to top