A Long, Surreal Night in Russia’s Far East, in Search of the Elusive Fish Owl

Jonathan C. Slaght: “Don’t make any noise and move as little as possible.”

Dalnegorsk is a city of 40,000 inhabitants tucked between the steep slopes of the Rudnaya River valley, founded as a mining camp in 1897 by the grandfather of actor Yul Brynner. The city, river, and valley were all called Tyutikhe until the early 1970s, when thousands of rivers, mountains, and towns across the southern Russian Far East were abruptly given new, non-Chinese names in light of deteriorating Sino-Russian relations.

When explorer Vladimir Arsenyev and his men passed through the Rudnaya River valley in 1906, they were spellbound by its beauty: the rugged cliffs, dense forests, and near-unimaginable numbers of salmon left their mouths agape. Sadly, a hundred years of intensive mining and lead smelting have deeply tarnished its luster. The epic salmon migrations are a thing of the distant past—lost to degraded river habitat and overfishing—and the valley is a grotesque shell of its former self. Some of its once striking hills have been decapitated by mountaintop-removal mining and others eviscerated for the minerals found within.

The scarring is internal as well. Four directors of the lead smelter in a row died of cancer, and at a nearby village playground, soil samples revealed lead at eleven thousand parts per million, more than 27 times the threshold that triggers mandatory cleanup in the United States. Inhabitants of one village in the Rudnaya River valley have cancer at a rate nearly five times that found in residents of Terney.

Sergey met me at the bus station and we left Dalnegorsk the next morning. He drove the domik (“little house”): an early 1990s Hilux with a custom-built camper cab on back, the whole thing uniformly painted a shade of light violet. The back compartment, all brown carpet and plush inside, had a booth with a table and benches and could sleep two comfortably. The truck was poorly heated, so it was not particularly suitable for winter work, but it was ideal for spring owl surveys: we’d work until we were too tired, then park and sleep where we pleased. While elsewhere in the world this vehicle might be considered an unremarkable sight, in central Primorye it garnered considerable attention. Passersby craned their necks and village boys hollered to one another to look before we passed from view.

After about two hours of driving we paused in the coastal village of Olga, where we ate a late lunch with Sergey’s brother, Sasha, who lived there. We continued a short distance to Vetka, one of the oldest Russian villages in Primorye, settled by immigrants arriving from southeastern Russia in 1859. Vetka may have prospered at some point in the century and a half since its founding, but considerable time had passed since fortune shone on this corner of the Russian Federation. The village was a small assemblage of single-story homes in extensive disrepair occupied by stern pensioners and surrounded by vast yards of rust. We turned off the main road, bounced down a hill, then moved past crumbling shells of a failed Soviet collective farm, one of the many that did not survive perestroika.

On its far side was the village dump, a wide swath of garbage and broken bottles, which abutted and spilled into a shallow tributary of the Avvakumovka River. We crossed this waterway and could see a figure on the trail about two hundred meters ahead. It was Tolya standing outside his camp. He’d set up a tent at the edge of a field bordering a riparian forest, and drawn a large blue tarp over a small firepit. He’d been here for more than a week. After a cup of tea, Tolya walked us to the nest tree by following a trail used by fishermen to reach the river.

The tree that Tolya brought us to was a chosenia like the nest tree I had seen near the Samarga River mouth, with deeply rutted bark and twisted limbs stretching skyward like the arms of a sea monster. Tolya pointed up the crook to where the main trunk had once continued but now ended abruptly with a ragged line of splintered wood. A storm had likely brought it down. There was a depression there, which held the nest cavity. A few meters to the right, a small camera and ultraviolet illuminator stood on the end of a long pole—several willows that Tolya had stripped and bound together, then held erect with rope. Black wires descended in tight spirals down the pole, snaking along the ground and then disappearing under a camouflaged dome nearby: the observation blind.

Even at close distance the sounds seemed muffled, as though the birds were hooting into pillows.

Tolya had become nocturnal here. He slept during the day so he could huddle silently in the blind all night to watch the nest and record activity.

“You mean she’s on the nest?” I said in a whisper, looking up.

“Of course,” said Tolya, surprised I was only now understanding. “She’s looking at us as we speak.”

I raised my binoculars. After a moment I saw her: first just a patch of brown that was her back blending with the surrounding bark. The rest of her seemed obscured, then I focused on a thin fissure in the front lip of the depression and spotted the yellow of one eye staring sternly back into mine. This bird of mystery was a half-dozen meters up a tree only paces away. I was exhilarated. I was reminded again how much fish owls seemed part of, not just something in, the forest: her camouflage made it hard to tell where the tree ended and she began. It also felt surreal. After all the effort to search for fish owls in the pristine forests near Samarga and Terney, here I was, standing on a fisherman’s trail at the edge of a village dump, with a fish owl looking down on me.

I stayed with Tolya for a few days while Sergey took the domik up the Sadoga River, a tributary of the Avvakumovka, looking for fish owls. As I set up my own tent near Tolya’s, he suggested that I take watch that night in the blind. I eagerly accepted, and he enumerated the basic rules of life in the blind.

“Don’t make any noise and move as little as possible,” he said solemnly. “We don’t want the parent owls to stay away from their chick because of us. We are trying to observe natural behavior, not behavior influenced by human proximity. And don’t leave the tent until morning. If you need to pee, use a bottle.”

I sat mesmerized as I listened to the owls above me, hushing the sound of my heart pounding in my ears, reluctant to swallow or twitch for fear the owls would hear me.

With that, he bade me good luck. I gathered my pack and set off through the forest back to the blind. Wedged within the understory a dozen meters from the nest tree, it was a two-person, threeseason camping tent covered by sound-and light-dampening fabric and camouflage netting that Tolya had sewn. The blind inside was cluttered by twelve-volt car batteries, various adapters and cables, and a small, grayscale video monitor. I unpacked my stakeout snacks: a thermos with black tea and a few tablespoons of sugar, and bread with cheese. Next I turned on the monitor, which illuminated the tent interior with its soft light. My movements were deliberately slow and noiseless. I was terrified of spooking the female, who was on the nest and certainly saw me approach. As the screen focused I could see she was in place, and to my relief she sat still with an air of calm. Toward dusk she perked up, catching sight of something, and I heard a noise in the tree above—probably the male landing nearby. This suspicion was validated when the female ambled out of the nest and walked along a branch out of view. Then the duet began, deep and resonant and loud, just overhead.

I sat mesmerized as I listened to the owls above me, hushing the sound of my heart pounding in my ears, reluctant to swallow or twitch for fear the owls would hear me and break off this captivating ritual. Even at close distance the sounds seemed muffled, as though the birds were hooting into pillows. The juvenile fish owl, clearly visible on the monitor, was a small gray sack of potatoes that waddled to and fro in the wide and flat nest cavity, shrieking. He knew food was soon coming, and unlike me, he had no patience for all this hooting.

The duet ceased, meaning the pair had left to hunt. The night was long and fascinating. The adults brought food to the nest five times before midnight, each time heralded by the shudder of hefty wings slapping canopy branches as they careened closer. One dislodged branch even hit the top of the blind. I conceded that it can be difficult for anything with a two-meter wingspan to maintain poise in the tangled jungles of the river bottom at night.

The angle of all prey deliveries was poor and the video grainy, so I could not determine what food had been brought for the chick. I was also unable to discern which of the adults was male and which was female: both looked quite similar, so I could not isolate which (if either) was doing more of the feeding. Years later, I would understand that females have much more white in their tails than males do, and this is a reliable way to distinguish the sexes. But on this evening I could tell only that it was an adult who approached, sat on the lip of the cavity, and offered food to the squawking nestling, who would shuffle forward and accept it. Then the adult would disappear in flight.

After the fifth delivery, one of the adults stayed in the nest for nearly ten minutes before leaving again, and I did not see another adult for more than four hours. The interim was punctuated by the near-incessant shrieks of the nestling; I counted 157 of these grating vocalizations between 2:30 and 4:30 alone, making a tick mark in my journal every time it called.

I left the blind and returned to camp in the stillness and chill of dawn. The long-extinguished fire indicated that Tolya had not yet woken. I ducked into my own tent, wrapped my sleeping bag around me, and quickly fell asleep. 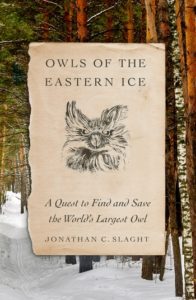 Jonathan C. Slaght, author of Owls of the Eastern Ice, is the Russia and Northeast Asia coordinator for the Wildlife Conservation Society, where he manages research projects on endangered species and coordinates avian conservation activities along the East Asia–Australasian Flyway from the Arctic to the tropics. His annotated translation of Across the Ussuri Kray, by Vladimir Arsenyev, was published in 2016, and his work has been featured by The New York Times, The Guardian, the BBC World Service, NPR, Smithsonian Magazine, Scientific American, and Audubon magazine, among others. He lives in Minneapolis. Visit him online on his website! 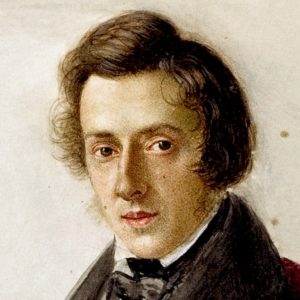 Frédéric Chopin in Exile: The Making of a Romantic The decisive moment in Frédéric Chopin’s story, and that of Poland during the first half of the 19th century, came in 1830,...
© LitHub
Back to top
Loading Comments...