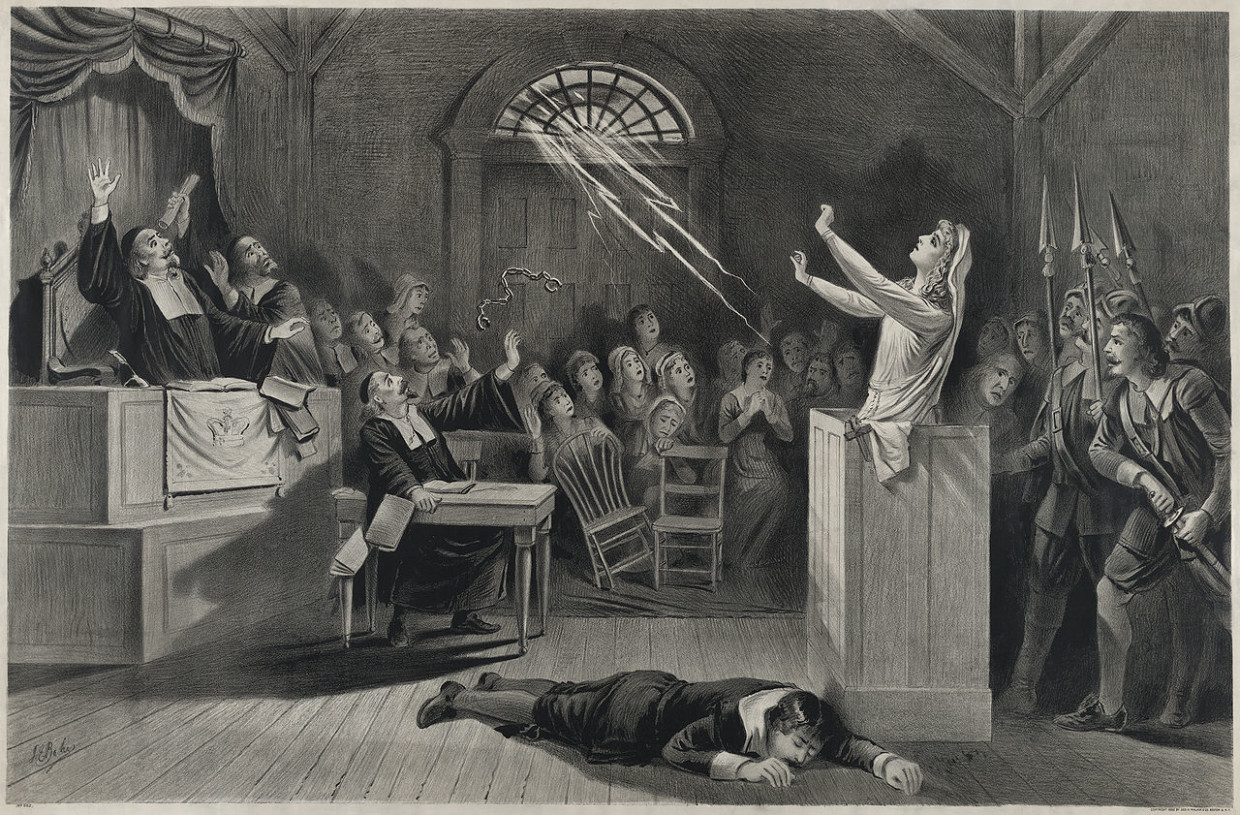 As far as popular fascinations go, few have endured for as long, or created as robust a bibliography, as witches. While the word “witch” has its etymological roots (wicce) in Old English, the concept has antecedents much older and geographically widespread. Written accounts of women who practice magic are as old as recorded history, and continue to the present day (to this very week), with two much buzzed-about books: Alex Mar’s Witches of America and Stacy Schiff’s The Witches: Salem, 1962. And while there is a broad spectrum of witch stories out there, there is a through-line common to them all: witches are women whose embodiment of femininity in some way transgresses society’s accepted boundaries—they are too old, too powerful, too sexually aggressive, too vain, too undesirable. In the name of Halloween, Witch Day, and spooking the pants off the patriarchy, let us now look at some of literature’s most significant witches.

The only daughter of Titans Perseus and Asteria, Hecate was a goddess of Greek mythology with a particularly large wheelhouse, associated variably with magic, witchcraft, the night, the moon, ghosts, and necromancy, as well as lighter fare like athletic games, courts of law, birth, and cattle-tending. In later periods she was often depicted in triple form, in connection with the phases of the moon. Hecate plays a crucial role in the myth of Persephone’s abduction by Hades; the only witness to the kidnapping besides Helios, she uses her iconographic torch to help Demeter scour the Earth for her lost daughter. Hecate also appears in Ovid’s Metamorphoses and is identified in Hesiod’s Theogeny as the goddess Zeus valued above all others. The Orphic Hymns describe Hecate as she has come to be most known in the popular imagination: “Sepulchral, in a saffron veil array’d, leas’d with dark ghosts that wander thro’ the shade.”

First referenced in Geoffrey of Monmouth’s Vita Merlini, Morgan le Fay was an enchantress-cum-antagonist of Arthurian Legend whose name has been rendered in so many different spellings that it practically constitutes an act of witchcraft in itself. Similarly to Hecate, Morgan le Fay’s narrative took on darkness over time. Portrayed as a healer in the early chivalric romances of Monmouth and Chrétien de Troyes, she appears in the later medieval stories as the half-sister and bitter adversary of King Arthur, plotter against Excalibur, apprentice of Merlin, and sexually menacing temptress whose obsessive love for Lancelot goes unrequited. Yet even at her most unequivocally villainous, it is Morgan le Fay who bears an injured Arthur to the island of Avalon after he is wounded in the Battle of Camlann.

Often translated as Hammer of the Witches, the Malleus Maleficarum was a manifesto by German Catholic clergyman Heinrich Kramer written in defense of the prosecution of witches. Three years before its publication, Kramer had been expelled from Innsbruck for eccentric behaviors related to his attempts at prosecuting witchcraft—and for assuming the authority of an Inquisitor, which he was not. The Malleus Maleficarum set out to refute arguments against the existence of witchcraft and discredit its skeptics; it also asserted those who practiced it were more often women than men. While the Catholic Church officially condemned the Malleus Maleficarum in 1490, it became an important text during the brutal witch trials of the 16th and 17th centuries.

Referred to as the “weyward sisters” in Macbeth‘s first folio, this trio of witches delivers the dual prophecies that set the entire play’s course of events into motion: that the eponymous Scottish general will become king, while his companion, Banquo, will generate a line of kings. The Weird Sisters as described by Shakespeare are not only hag-like—with “chappy fingers” and “skinny lips”—but masculine as well, having beards. This latter characteristic connects them to Macbeth’s other villainous female figure: Lady Macbeth, who entreats the spirits to “unsex [her] here” while plotting the murder of King Duncan. In a disputed scene in the play’s third act, the Weird Sisters reappear with O.G. Hecate, who chastises them for meddling in Macbeth’s future without her. During their last appearance in act 4, the witches conjure a series of ominous visions for the now-king Macbeth that foreshadow his imminent fall.

Jacob and Wilhelm Grimm’s Children’s and Household Tales—known more popularly today as Grimm’s Fairy Tales—were roundly criticized upon their original printing for the explicit sex and violence they contained, making them rather inappropriate for both children and the household. Nevertheless, the Brothers Grimm Tales contain two stories, “Snow White” and “Hansel and Gretel,” which feature some of popular culture’s most iconic witches. Both the stepmother of “Snow White” and the forest hag of “Hansel and Gretel,” who eats children rather than produce and rear them, are perversions of the virtuous and repentant mother: the ideal symbol of womanhood in the eyes of the church.

The title figure of John Keats’s 1819 ballad is a longhaired, wild-eyed “faery’s child” discovered in a meadow by the poem’s knight narrator. The two embark on a dreamlike love affair—replete with plenty of sex, depending on how you choose to interpret the many double entendres (“fragrant zone,” “she sighed full sore”) scattered throughout the poem. But the knight’s happiness quickly sours when La Belle Dame brings him to her Elfin grotto and he falls into a nightmare, finding himself surrounded by the starved and dying princes, kings, and warriors who were also seduced by his lover. He awakes pale, weakened, and alone “On the cold hill’s side.”

Extraordinary Popular Delusions and the Madness of Crowds, 1841

On the heels of the Enlightenment, the Victorian era saw a reevaluation of witchcraft as a cruel and widespread delusion. In the mid 19th century, Scots journalist Charles McKay published a history of mass hysteria which included an entire section on “Witch Mania.” McKay noted the astonishingly low bar of evidence required to convinced someone of witchcraft in the 16th and 17th centuries, as well as the fact that accusations of witchcraft were often initiated out of revenge, or to settle scores between associates and neighbors.

In L. Frank Baum’s The Wonderful Wizard of Oz, there is a witch for each cardinal direction: North and South are good, while East and West are wicked. A Kansan tornado lands young Dorothy in this magical kingdom—and makes her the perpetrator of accidental manslaughter (R.I.P. Wicked Witch of the East, we hardly knew ye). News of the death is greeted happily by the Good Witch of the North, who gifts Dorothy with the Witch of the East’s magical silver shoes; this infuriates the Wicked Witch of the West, who is obsessed with obtaining the shoes to increase her own power. Portrayed as green-skinned, broomstick-riding, and fortress-dwelling in the famous 1939 film adaptation, the West Witch of the book inhabits luxurious rooms and totes around an ornate umbrella. She does, however, have only one eye, and a supernatural power over animals. The last of Baum’s witches, Glinda the Good Witch of the South, is said to be as elderly as the rest, yet has been able to keep her appearance young and beautiful. Coincidentally (read: not at all), she is also the one who becomes a mother figure to the true heir of Oz later in Baum’s series.

Zora Neale Hurston conducted anthropological fieldwork in Jamaica and Haiti from 1936 and 1937, studying the politics and history of the islands as well as the practice of voodoo. Hurston describes voodoo as “the old, old, mysticism of the world in African terms… a religion of creation and life. It is the worship of the sun, the water and other natural forces.” In her writing, she approaches the religion and its rituals as an initiate, rather than a skeptic, and even provides photographs of a purported zombie.

With the character of Jadis, C.S. Lewis returned the witch to a position of villainy—not altogether surprising, given his well-known Christian leanings. The White Witch of the Chronicles of Narnia series is not only beautiful, but imposing: at seven feet tall, she towers over most and is strong enough to break iron with her bare hands. At the start of The Lion, The Witch, and The Wardrobe, Jadis rules as the Queen of Narnia, having cast the kingdom into an endless, Christmas-less winter.

Arthur Miller’s retelling of the Salem witch trials is an allegory of McCarthyism, when the mid-century Red Scare led the U.S. government to blacklist alleged communists—many of them actors, writers, and artists in addition to politicians. Hundreds were imprisoned under the auspices of Joseph McCarthy, in concert with J. Edgar Hoover’s FBI and the House Un-American Activities Committee; several thousand others lost their jobs. In The Crucible, the play’s major antagonist, Abigail Williams, is not a witch but a witch-accuser. While the play reverses this particular paradigm, however, Abigail is still portrayed as a (teenage) temptress, having seduced the married John Proctor while working as his family’s maid. Proctor, on the other hand, is redeemed and dies a martyr; his wife Elizabeth even apologizes for her coldness and takes responsibility for his affair. While Abigail begins by levying her accusations against Salem’s weak and outsiders—like the slave Tituba—she soon becomes opportunistic, and ultimately uses them as revenge, a practice that Charles McKay wrote of in Extraordinary Popular Delusions.

Perhaps no one has done more to redeem the term “witch” than J.K. Rowling, whose books have sold, to date, more than 450 million copies. In the universe of Harry Potter, “witch” is a title free of negative historical implications, serving only as the female counterpart to “wizard.” In Rowling’s series, practicing the Dark Arts is not a particularly gendered affair, nor are female evil-doers uniformly haggard or dazzling. And while we all know that Harry, The Boy Who Lived, is indisputably the alpha and omega of these books, perhaps no one proves themselves more resourceful, capable, and gifted than young Hermione Granger: “The brightest witch of her age.” 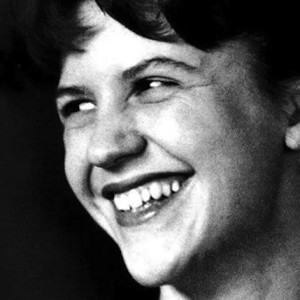 Sylvia Plath is definitive proof that astrology is real. For anyone who knows anything about either subject (and I assume...
© LitHub
Back to top
Loading Comments...