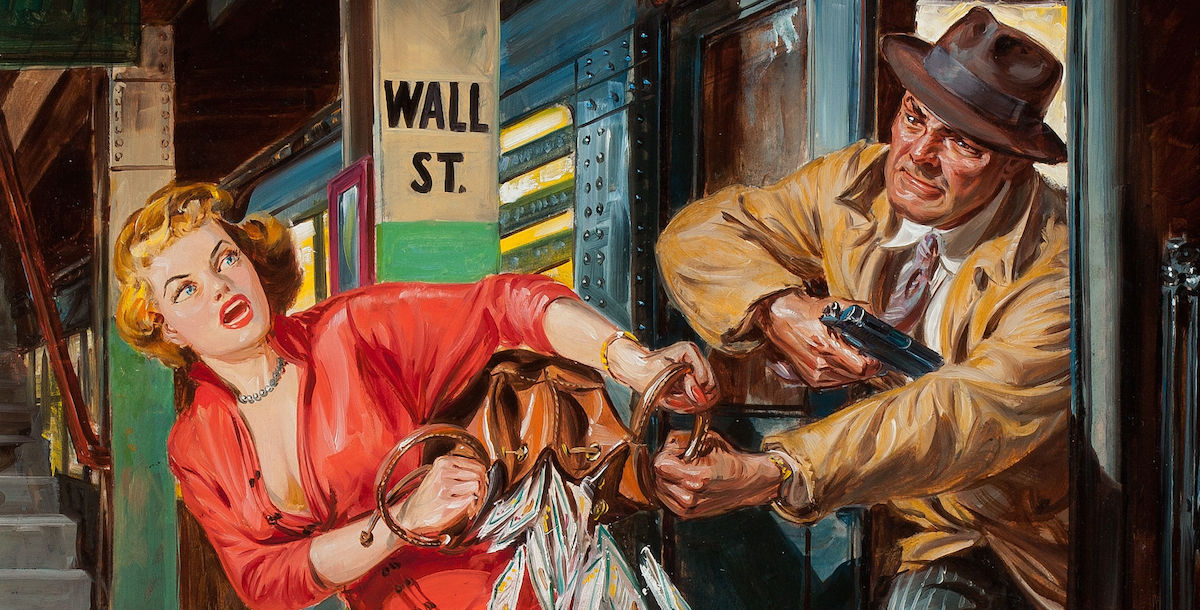 Stanley Donwood on the Story Behind Catacombs of Terror!

Thirteen years ago I wrote a novel as the result of a bet between myself and my publisher at the time. The result was Catacombs of Terror! I’m going to try to remember how this happened, although due to the passage of time and the vagaries of memory, much of what follows will be unreliable.

One afternoon in the pub, over several pints of cider, the eccentric publisher Ambrose Blimfield proposed that I write a novel. He promised he would publish it. But, he continued, lighting a cigar, I had to write it in a month. In fact, he said, to “encourage” me, he’d bet me five quid that I couldn’t do it.

“Don’t most publishers give writers an advance?” I asked.

“I’m not most publishers. Here’s the deal. I bet you five pounds that you can’t write a 150,000-word novel in one month. If you do it, you get the five quid and I publish the book. If you don’t, I get a fiver off you, and I have to go back to publishing local poets. I hate local poets. In fact, I hate all poets. And all poetry. I have a long-standing and deeply entrenched hostility to the form. Anyway. How about it? I’ll give you half the profits.”

At the time my finances were distinctly precarious.

Blimfield maintained that literature was “all about the money”; art, self-expression, creativity, all of that, meant essentially nothing. He was obsessed by what he termed the “dark side” of literature; the mass-pulping of unsold books, the stacks of last years’ Booker winner in the cut-price publisher’s outlet shop, the gaps in the charity shop shelves awaiting the moment when they will be filled with ruined copies of The Da Vinci Code; those dark, rectangular plots that yawn like hungry graves.

His disdain for writers who claimed to be motivated by higher principles, however, was overshadowed by his intense hatred for poetry.

There had to be a way that I could write a novel in a month. And the only way that I could see that I could do it was by writing trash. Violent, thrilling trash. Cheap, tawdry, sensationalist hack-work. I remembered once reading about a now-forgotten pulp writer who could knock out 12,000 words a day. If I could do half of that I’d get the job done in a month, easily. Blimfield hadn’t said anything about it being a literary masterpiece.

I read as many terrible novels as I could whilst I constructed the outline. Novelists like Hank Janson and Peter Cheney were my inspiration—I borrowed style and tone from them, and aped the laconic, laid-back attitude of the streetwise “private eye” found across the genre. As well as this, I researched the “pulp phenomenon.”

Largely as an unintended result of cheap books being used as ballast (!) in transatlantic shipping after the Second World War, a new and unfamiliar “muscular” style of writing began to make a huge impact on British publishing. The American book industry was nothing like the “gentleman’s club” style of publishing found in the battered remains of the British Empire—the books that found their way here in the hulls of merchant ships were hastily written and produced as economically as possible, with lurid covers and suggestive titles.

These books were cheap in every sense—the writers were frequently paid per word, were often shown the cover and given a title before they’d written anything, and were usually stationed at a typewriter in a corridor in the publisher’s premises. The books themselves were paperbacks—a novelty in Britain—with pages made from cheap wood-pulp paper (hence the term “pulp”) and glued together with absolutely no thought for posterity, or even any longevity beyond a first read. These cheap paperbacks that originated in the USA found their way to second-hand bookstalls all over Britain, and their incredible popularity led to a home-grown explosion of writing in the “pulp” style.

According to some sources, it was these cheap paperbacks that inspired Allen Lane to found Penguin Books, although he went for considerably more high-brow content (his colleagues considered paperbacks to be filled with “dirty rubbish”).

Over the years, the pulp style became very much associated with science fiction, fantasy, and Westerns, but most particularly with the detective story—in fact, some of the first books published as Penguins had been whodunnits by Agatha Christie. Penguin has long published the superior noir of Raymond Chandler, whose Philip Marlowe, as played by Humphrey Bogart is, to my mind, the definitive pulp/noir hero.

Actually, thinking about it, I’d probably done half of the work I needed to do already. Blimfield had previously commissioned me to write a number of pamphlets—ostensibly “local history” but actually mostly completely invented, utterly fictitious accounts of various episodes in the history of the City of Bath—which he had printed up and sold to tourists via the guides employed by the open-top bus companies that ferried visitors around the “sights.”

He’d published these pamphlets under the aegis of a fictional archaeological society and furnished them with a veneer of academic respectability by including footnotes and references to the works of non-existent professors. All I’d had to do was embellish various historical accounts I found in the public library with murder, conspiracy, cannibalism and supernatural horror. Apparently they’d gone down pretty well with the tourists, and Blimfield was proud to attest that we were “subverting the dominant historical paradigm.”

So. I needed a back story—I could stitch that together from the pamphlets, more or less—an actual plot, which I figured I could make up as I went along, and a hero. As it happened, I already had someone in mind for the role. Some years previously I’d written a novel called Yobs which was so unpleasantly violent that I’d suppressed it.

I’d simply re-cast the protagonist of Yobs—Martin Valpolicella—as the perpetually smoking, whiskey-drinking private eye I needed for this new book. Because that’s what this was going to be; a thriller, with a flawed hero, someone a bit like a more stupid version of Philip Marlowe, pitted against a ruthless gang of villains, and . . . And spooky tunnels under the city, ritual human sacrifice involving power tools, lots of gunplay, plenty of drugs and, of course . . . flesh-eating pigs.

I wrote all the time—at home, at the pub, on trains. I scarcely looked back over what I’d typed out, merely checking the word-count occasionally. I was trying to write a “page-turner”; I wanted the novel to be “unputdownable.” I was attempting to create a fucked-up version of a block-busting airport novel, the sort of thing that actually read better after half a bottle of vodka.

With writing at such a pace there wasn’t much time to check things like continuity, so I had notes by my side regarding such trivialities as who is holding what in which hand—left hand, gun, right hand, whiskey bottle, etc.—and what could happen if the character wanted to light a cigarette as well. I wanted some sections to be “scary,” so whilst writing them I listened to the work of various modern classical composers at a high volume—Alfred Schnittke’s Psalms of Repentance is one I remember, Philip Glass’s score for Koyaanisqatsi another.

And so I wrote. Mostly, I made the story up as I went along, but I comprehensively gutted the pamphlets I’d written for “The Archaeological Society of Bath” for major parts of the “plot” (such as it is) and made sure that the whole book was soaked in, of course, murder, conspiracy, cannibalism and supernatural horror. I added enough “truth” (actually, semi-mythological history of dubious veracity) to create a plausible façade and stitched in some double-dealing venality to spice up the interaction between the characters. And although it was perpetually raining for my hero Martin Valpolicella, it wasn’t for any of the other characters. Valpolicella was stuck under a cloud, a bit like a noir version of Pig-Pen from Charlie Brown. I showed it to my dad, who said, memorably, “At no point did I think ‘I can’t be bothered to read this.’” Faint praise indeed.

I finished the novel within the month, with perhaps a day or two spare, and I delivered the manuscript to Ambrose Blimfield. He was going to love it. Surely? Who wouldn’t? It had everything. I saw him again a couple of days later. He was in his office.

“The book’s fine,” he muttered. “I haven’t got your five quid on me though. Oh, I liked the flesh-eating pigs. Let’s go and get a cider.”

Stanley Donwood is Radiohead’s long-time artist in residence. Donwood produced the cover art for Radiohead’s 1994 single My Iron Lung, beginning a working relationship that has continued for all Radiohead’s art and promotional material, as well as for Thom Yorke’s solo albums and work with Atoms For Peace. In 2002 Donwood and Thom Yorke won a Grammy for Best Recording Package for the Special Edition of Amnesiac. He has published two collections of very short stories with Tangent (Slowly Downward and Household Worms) and in 2014 Faber & Faber published his collection Humor.

Jason Novak Illustrates Ron Padgett's "How to be Perfect" 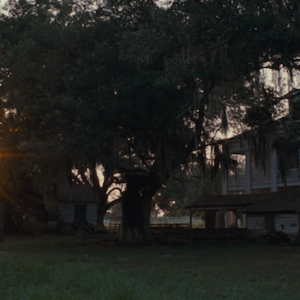 After more than a decade of preparation and a century of struggle for the idea to come to fruition, the Smithsonian National...
© LitHub
Back to top