A Fan’s Notes: The Kurt Vonnegut Documentary 40 Years in the Making

Early on in Kurt Vonnegut: Unstuck in Time, the beloved writer has returned to his Indianapolis high school. This is a familiar move in cinematic biography: Vonnegut is there at the behest of the filmmakers to reminisce about those few perfect years of youth before the Second World War, there to conjure the innocence that will soon encounter a cascade of tragedy. It is an obvious device, a bit manipulative, even, but who cares: the images of teenage Vonnegut alongside his friends, virtuosic in their happiness, are woundingly poignant in light of what’s to come, and they should be. “The Second World War was fought by children,” he says, towards the visit’s end, as he approaches the school’s panic doors… Panic doors? Yes. Vonnegut, leaving melancholy behind, snaps into delight as he tells us his ancestor invented the easy-to-open safety bars now ubiquitous on institutional exits, and cackles with delight demonstrating their use.

Here then, are all the elements of a Kurt Vonnegut novel: direct and disarming tenderness, joy surrounded by shadow, absurd coincidence, narrative digression, and—most importantly—the omnipresent feeling you might slip through time at any moment, as if it were a door you just happened to lean on.

As literary biography, Unstuck in Time goes further than most in connecting the arc of the writer’s life to his work. From the soul-crushing future-office banalities of Player Piano (1952: written when Vonnegut was a PR flack at GE), through the pecuniary preoccupations of God Bless You Mr. Rosewater (1965: written in a perpetually empty Saab dealership when Vonnegut was broke), to the brutal grappling with the emptiness of contemporary American life in Breakfast of Champions (1973: written in the aftermath of Slaughterhouse-Five and the almost overwhelming fame that came with it). None of these moments in Vonnegut’s life, though, compare in magnitude to the months he spent in Dresden as a prisoner of war.

Captured just before Christmas in 1944, the 22-year-old Vonnegut was in Dresden for the notorious Allied fire-bombing that killed 25,000 civilians; as a POW, Vonnegut was made to toil in the ruins of the blasted city, pulling bodies from the rubble in what he described as a “terribly elaborate Easter egg hunt.” The war, as it would for most of his generation, changed something in Vonnegut, and it was an experience he’d reckon with again and again for most of his life. Says the film’s co-director, Robert Weide: “It’s not like he’s just trying to get a bead on [Slaughterhouse-Five], it’s like he’s trying to purge the whole Dresden experience from his soul.” Indeed, Vonnegut’s writerly struggle to commit the story to paper, in what would become Slaughterhouse-Five (1969), is, if not heroic, truly epic.

If the purpose of a literary biography is to unpack the whys and whens and hows that animate a writer’s work, Unstuck in Time is a brilliant success.

His sixth novel, Slaughterhouse-Five took Vonnegut years of untold rewrites, trying it out in first person, third person, as a play—sometimes he’d get halfway through a draft and scrap it to start all over again. In one version, a middle-aged Billy Pilgrim (the main character) gets a drunken crank call from Vonnegut the Author telling him he’s just a character in a book. Says Vonnegut, in mournful voiceover: “I would hate to tell you what this lousy little book cost in money and anxiety and time.”

Slaughterhouse-Five would establish Vonnegut as a major American writer of the 20th century, shifting him from a literary sci-fi cult figure to a household name—particularly if that household contained a teenager. “The current idol of the country’s sensitive and intelligent young people is 47 years old,” as one TV news anchor describes Vonnegut’s newfound fame.

One of those young fans was director Robert Weide, who discovered Vonnegut in 1975 as a 16-year-old in Fullerton, California. For Weide, the gateway drug was Breakfast of Champions, given to him by a high school English teacher (Valerie Stevenson, who makes a charming cameo, and muses aloud that she’s “horrified” she actually assigned the book). This is what distinguishes Unstuck in Time from conventional literary biography: it is as much the story of a writer’s life, as it is the story of a fan’s life.

Weide would go on to immerse himself in Vonnegut, at one point teaching a small class to his fellow high school seniors. After producing a documentary for PBS on the Marx Brothers Weide made his move: in the summer of 1982 he wrote a letter to his hero, asking if he would be the subject of a documentary; to Weide’s delight, Vonnegut replied a month later, with a generosity characteristic of most of his fan interactions. He wrote: “I am honored by your interest in my work, and I will talk to you some, if you like, about making some sort of film based on it.”

It’s important, here, to note that was 39 years ago. From 1988 until Vonnegut’s death in 2007, Weide would amass hundreds of hours of interview footage with his teenage idol (who would become, over time, his dear friend). And though Weide says early on in the film he doesn’t like documentaries that feature the documentarians themselves, he concedes that, “When you take almost 40 years to make a documentary you owe some kind of an explanation.”

And what follows explains a lot.

Though Unstuck in Time follows a rough chronology based on its subject’s bibliography, its making-of metanarrative necessitates temporal jumps worthy of a Vonnegut story: footage of Weide’s wedding is paired with the renewal of vows decades later; Vonnegut, wry and cantankerous, appears onstage at 50, then 75, then 60; reels of Vonnegut’s children fly by, and they are teenagers, then fortysomethings, then older than their father was in the film’s first interviews. It can be a little dizzying (the film doesn’t provide a lot of temporal anchors) but its dual effect of compression and continuity is deeply moving, and is somehow illustrative of the hard-earned humanism Vonnegut never quite abandoned, even in the face of so much human cruelty. As Vonnegut does so often in his writing, so too does this documentary remind us: though our lives may be unbearably full with heartache and happiness, with contradiction, they are so very brief; as such, we are morally bound to pay attention to—and note—whichever small moments of grace and joy we are lucky enough to encounter.*

Vonnegut’s daughters Edie and Nanette get the most screentime of his children, providing counterpoint, as a loving but skeptical chorus, to Weide’s fandom. We learn from them that the kindness that animates so much of Vonnegut’s writing, even at its darkest, wasn’t always readily available to those closest to him. When working—particularly in those lean years before the success of Slaughterhouse-Five—Vonnegut could be an absolute bear to be around, leaving all matters of the material world to his hugely supportive first wife, Jane, who comes across as a veritable saint. Even after Vonnegut left her, in the midst of Slaughterhouse’s astonishing success, eventually marrying the photographer Jill Krementz, Jane remained both a fan of his work, and a friend.

It’s at this point, though, that the advantages of Weide’s friendship become limitations. It seems clear that over the many years trying to document the life of their father, Weide developed a relationship with Vonnegut’s children, of warmth and respect, if not outright friendship. This perhaps suggests why Krementz is treated more as “the other woman” than as Vonnegut’s partner for the last thirty years of his life.

But if the purpose of a literary biography is to unpack the whys and whens and hows that animate a writer’s work, Unstuck in Time is a brilliant success. Like much of its subject’s writing, it is tender, smart, funny, candid, and dark. Crucially, it reminds us of what, for me at least, has been so important about Vonnegut’s writing: the idea that kindness is not the same as weakness, and that it is the institutions we create that do us the most harm, not one another.

Despite the unkindnesses wrought upon Vonnegut’s generation, and upon his own life—the Depression, the war, so much death—he gives us permission to believe there is goodness yet in this world, all around us, if only we choose to look.

*Vonnegut, of course, hated semicolons. I do not. 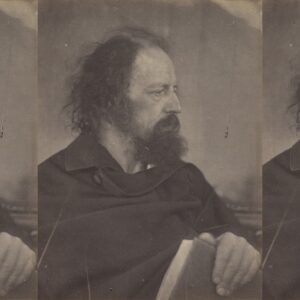