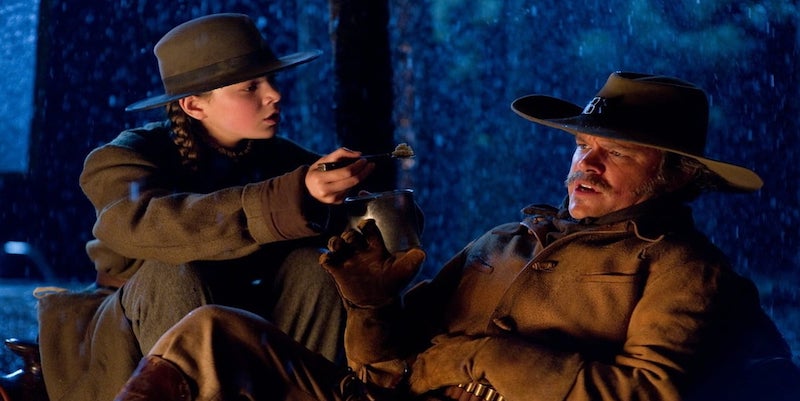 Charles Portis’s Classic as an Object Lesson in Creating Character

Fifty years ago today, the first installment of Charles Portis’s True Grit was published in the Saturday Evening Post. It was reprinted in book form by Simon & Schuster later that year, adapted into a movie (with John Wayne!) the year after, and became a bestseller. It had entered into the murky realm of cult literary classic when it was adapted to film for a second time (with Jeff Bridges!) in 2010, and now I’d rate it as Pretty Famous. If you haven’t read the novel, I will tell you that—even for someone who doesn’t typically go in for Westerns—it is wonderful, due in large part to its narrator, Mattie Ross. There may be action and adventure between these pages, but Mattie Ross’s voice is what makes this novel unforgettable. As Ed Park once put it, Mattie’s “steadfast, unsentimental voice—Portis’s sublime ventriloquism—maintains such purity of purpose that the prose seems engraved rather than merely writ.”

And Portis has Mattie’s voice and character nailed from the very first lines. Here is how the book begins in my copy (an early 2000s paperback published by Overlook Press):

People do not give it credence that a fourteen-year-old girl could leave home and go off in the wintertime to avenge her father’s blood but it did not seem so strange then, although I will say it did not happen every day. I was just fourteen years of age when a coward going by the name of Tom Chaney shot my father down in Fort Smith, Arkansas, and robbed him of his life and his horse and $150 in cash money plus two California gold pieces that he carried in his trouser band.

In two sentences, we know exactly who this character is and what she’s up to—though we don’t even know her name yet. We have some sense of what we’re working with from the very first phrase: “People do not give it credence.” The word “credence” alone signals a non-contemporary voice; the phrase is also a little formal, perhaps even snooty. But then we move on to the rest of the sentence: “that a fourteen-year-old girl could leave home and go off in the wintertime to avenge her father’s blood, but it did not seem so strange then, although I will say it did not happen every day.” Well, okay, now we’ve really learned something. She’s a teenage girl, her father has been murdered, and she’s going to avenge him. Everything we’ve suspected (or over-read) in that first “credence” is underscored here. We also get, primarily via that single skipped comma, a sense of Mattie’s breathlessness. She is fourteen, after all, and a girl, which means that most of the other characters in this book consider her ill-suited for chasing after her father’s murderer. But the reader is already pretty sure that she is not ill-suited, having been inside her head.

There’s also the hint of meta-narrative in this first line: the framing of “I will say it did not happen every day” suggests that Mattie is aware of her own telling, and that this is a fictionalization of someone telling a true tale. As she will put it in the last line of the novel, this is her “true account of how I avenged Frank Ross’s Blood over in the Choctaw Nation when snow was on the ground.”

Then she repeats her age—the repetition betraying her (and/or the world’s) preoccupation with it—and tells us the reason for her story. I love the specificity this sentence—it’s not just that her father has been killed, but that he has been robbed “of his life and his horse and $150 in cash money plus two California gold pieces that he carried in his trouser band.” The list of the robbed items tells us something very particular: that either Mattie is most engaged with the principle of the thing (as opposed to the loss of a beloved father, say), or that she’s desperately trying to be. She is bound by honor, which can make a person do a lot of wild things. Also, importantly: it’s funny. This paragraph is telling you exactly what this book is going to be: funny, harsh, comically dignified and based entirely on the internal struggle of a dry, haughty, extremely badass fourteen-year-old girl.

[Edit: an attentive reader has pointed out to me that the “original beginning” I found below was actually an introduction to the second installment of its serialized publication in the Saturday Evening Post, a sort of summary (call it the “last week on True Grit” section) of the first installment, which begins similarly to the novel. The conclusion also begins with a summary, this time of the first two sections. It’s not clear whether Portis or an editor wrote these summaries, but in any case, my musings below on the transformation of the opening are now moot. I leave them for editorial transparency.]

While doing some research on the novel, I found out that the original beginning, as published in in the Saturday Evening Post, was much different than the one we read today, and throws its deft characterization into relief:

My name is Mattie Ross. When I was fourteen years of age a coward going by the name of Tom Chaney shot my father dead in Fort Smith, Arkansas. After I had arranged for Papa’s burial, I sought out the sheriff in Fort Smith and inquired what measures had been taken to catch the murderer. None, it seemed. Chaney had fled to Indian Territory, into a jurisdiction in which only U.S. marshals could pursue him; he was believed to have tied up with a band of robbers led by Lucky Ned Pepper. I asked the sheriff who was the best marshal, and he said the meanest was a one-eyed ruffian named Rooster Cogburn.

This is a rather hasty summary of what would become the first 20-odd pages (Rooster is first mentioned in my copy on page 22: “The meanest one is Rooster Cogburn. He is a pitiless man, double-tough, and fear don’t enter into his thinking. He loves to pull a cork.”) You do get Mattie’s Western-standard formality (“a coward going by the name of Tom Chaney”) and dryness (“None, it seemed.”) but the plunge into her head—the immediate sense of her fierceness—is missing, sacrificed on the altar of getting to the point, and setting the plot machinations in gear.

Or at least that’s the way I see it. The difference between the two openings is stark, but it’s hard to know exactly why they exist. It’s possible that Portis edited the book between its original magazine publication and its eventual existence in book form, either with the help of a book editor or without; it’s also possible that the plot was deliberately sped up for the original format—novels being, after all, rather more known for character development than magazine serials—which again might have been at an editor’s behest, or it might not.

What I do know is that the version as it stands now is worlds better. It’s also worlds better than most opening paragraphs (though of course not this one). 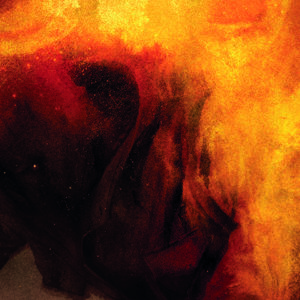 In the late 1960s my friend J. G. Ballard phoned me full of outrage. Feeling weighed down by the bad prose cluttering his study,...
© LitHub
Back to top