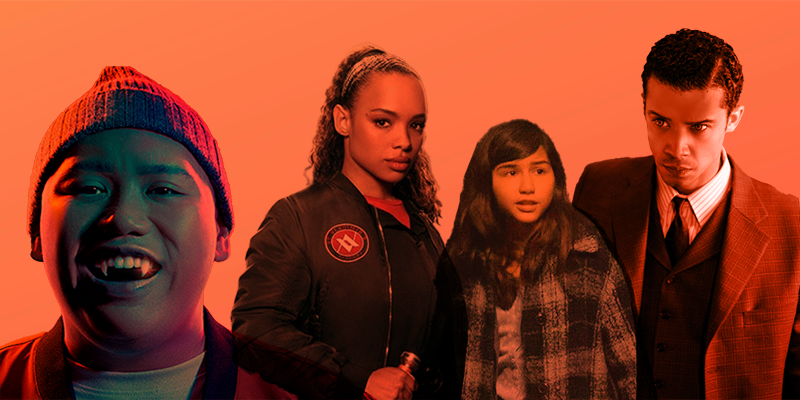 Sometimes, when it rains gothic blood, it pours. Such is the situation we find ourselves in this October, as not one, not two, not three, but four new vampire dramas adapted from cult favorite books are airing on four different networks all at once.

With so many vampires and so little time before Halloween and the Day of the Dead give way to the winter holidays, it’s unlikely anyone but the most dedicated fan of the undead will be able to keep up with them all. To that end, we’ve prepared a “choose your vampiric adventure” guide. Funny or sad, scary or sexy, this rundown will point you to the vampire show(s) for you.

IF… you believe, deep in your heart, that should vampires exist, vampiric society would nolens volens ossify into millennia of endless rules and stultifying social hierarchies, the October vampire shows you are looking for are Peacock’s Vampire Academy and Syfy’s Reginald the Vampire. Scroll to: THE PENCIL PUSHERS

IF… you implicitly understand the brutal, lonely tragedy of blood-sucking immortality, especially when forced on kids and the parents who want to love and protect them, then you’re looking for either AMC’s Anne Rice’s Interview with the Vampire or Showtime’s Let the Right One In. Scroll to: THE LOST SOULS

Starring Sisi Stringer as Rose Hathway, a half-mortal “dhampir” charged with protecting the lives of full-blooded “moroi” of royal lineage, and Daniela Nieves as Rose’s key charge and best friend Lissa Dragomir, who finds herself by the end of the tragic season finale as the last named member of the Dragomir bloodline, Vampire Academy is so chockablock with knotted Moroi lineages, tedious mythological rules, and punishing Russian Orthodox-adjacent theology that it has to cram what feels like three whole chapters’ worth of text-on-screen exposition into each title sequence.

For the banality of evil bureaucracy: Reginald the Vampire (SYFY)

Based on Johnny B. Truant’s Fat Vampire books and set in the extremely cosmopolitan Akron, Ohio, Syfy’s Reginald the Vampire stars Jacob Batalon as Reginald Andres, newly minted vampire and Slushie Shack Employee of the Month. Fatally lonely and utterly dismayed at where his twenties have taken him, Reginald isn’t anywhere near what you (or he) would picture when conjuring the image of a vampire—a fact of which Akron’s Head Vamp In Charge (Savannah Basley) is all too aware. Truant’s vampires, you see, are basically the world’s most punctilious supermodels; Reginald, as a self-described and aggressively not self-hating fat person, is seen by every effortfully glamorous vampire who crosses his path as a genuine threat to their bigoted way of un-life.

For hot, bloody sex (and a dose of mid-pandemic journalistic fatalism): Anne Rice’s Interview with the Vampire (AMC+/AMC)

Set across two different timelines, one anchored in 1910s New Orleans and the other in the middle of the first year of the COVID-19 pandemic, AMC’s Anne Rice’s Interview with the Vampire achieves what feels like an impossible tonal balance, managing to be as hollow, cold, and unsettling in the present day as it is sumptuous, sepulchral, and sexy in the past. For viewers who know where the story is headed—which, one can imagine, will be most of them—this sharply executed binary should feel juicy and fun. For those rare few (hi) who are coming in completely fresh, though, the tonal seesaw is effectively arresting.

In fact, as someone who had never read any Anne Rice before watching this newest adaptation—and who had never seen even a *trailer* for the 1994 cult classic film—I can say with certainty that AMC has put together a legacy series that is both fresh and welcoming. From its choice to take advantage of the story’s New Orleans roots and reimagine Louis de Pointe du Lac (Jacob Anderson) and Claudia (Bailey Bass) as Black and underscore Louis’s tamped down homosexuality—changes which not only reverberate through every point of the narrative in necessary and compelling ways, but which completely upend the framing of Rice’s original novel—to its willingness to lean into the unsettled isolation of the first year of the pandemic, Interview with the Vampire genuinely feels like the vampiric story of now in a way that’s hard to believe, for a property so anchored in pop culture history.

For a medical mystery, family tragedy, and a splash of gritty detective drama: Let the Right One In (Showtime)

In moving John Ajvide Lindqvist’s tragic vampire kid (by way of an overlarge steamer trunk hauled on a train by her dogged, doting dad) to the streets of New York City, Showtime’s take on Let the Right One In also reimagines the majority of its source material’s cast as non-white in ways that meaningfully impact the trajectory of the whole piece. Starring Demián Bichir as Mark Kane; Madison Taylor Baez as his vampire daughter, Eleanor; Ian Foreman as Isaiah, the neighbor boy Eleanor dangerously befriends; and Anika Noni Rose as Naomi Cole, the lead detective investigating a string of inexplicably visceral murders, this newest version of the Swedish bestseller is gripping right from the start.

By building in the narrative structure of a crime drama—using those suspiciously vampiric murders not just as cover for an aging man and his unaging pre-teen daughter, but also as a mechanism to get a “vampire hunter” more intimately involved with our protagonists—it’s more accessible to non-vampire lovers than some other shows on this list might be. This is smart! As is the choice to let Eleanor and Isaiah develop a real(ish) friendship grounded in mutually lonely footing.

That said, while the series bakes real hope into the Kanes’ move to the city that never sleeps, it never loses sight of the fact that a 12-year-old girl being condemned to life as a vampire is an unspeakable tragedy—or of the fact that, to keep her safe, her dad will have to go to some shocking and grim extremes. And the Kanes’ family situation isn’t the only emotionally loaded mystery we might care about: there’s the murders Naomi is investigating, who or what is behind Eleanor being turned, and how such a change might be medically mitigated, which a Sackler-esque family are spearheading. That’s a big engine for a single show!

Alexis Gunderson is a writer who left the academic world of Russian Literature to join the secular one of television and cultural criticism. Her work appears regularly at Paste Magazine, and has also been found at Birth.Movies.Death, Syfy Wire, and Screener TV. She lives in the DC area.

A Brief History of Social Media Platforms, from LiveJournal to Meme Warriors 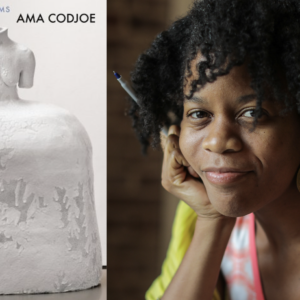 “My body is a lens / I can look through with my mind,” writes the poet Ama Codjoe in the opening pages of Bluest Nude,...
© LitHub
Back to top