I.
You are different

By the time I reached my tenth birthday, I had lived on three continents. The Gulf War, my parents’ graduate studies, and financial necessity shuttled my family across the world into the Midwest. I was Arab, bookish, and perpetually mortified. All this to say—I wanted nothing more than to fit in. Over the next decade or so, that remained my feverish goal. Anyone who wants to see evidence of this yearning need only flip through my middle and high school yearbooks.

I straightened my hair. I cut my hair. I dyed my hair blonde. I gained weight. I lost weight. I asked everybody to call me Holly. I pretended I never read Anna Karenina. (I read it four times.) I pretended I watched Dawson’s Creek and Gilmore Girls. (I’ve literally never seen an episode.)

It took me a long time to stop pretending and, looking back, I realize it might have been out of sheer exhaustion rather than any particular epiphany. But once I did, I sought refuge in the intersection of difference and writing. This is the blessing and curse of difference; in day-to-day life, it can be sapping, but in art, it becomes its own currency. For many of us, hearing from those that history has silenced (and often tried to erase) is nothing short of sustaining.

So, little Hala: take what makes you different and tell that story. The people who need to read it will resonate and those that don’t, well, they weren’t going to sit next to you in the cafeteria anyway.

When I was 24, I lost someone I loved who died way too young. He died on a Monday. That Friday, I was wandering the streets of the Village, completely at a loss for what to do with myself, when I found an open mic at Cornelia Street Café. I went in. I scribbled a short, terrible poem on a napkin and, on pure adrenaline, signed myself up and performed it.

That was probably one of the most important moments of my life. I went back every week. I wrote less terrible poems. As the months went on, I met some of the most kind, brilliant, big-hearted people through those open mics. I met the future publishers of my first poetry collection.

Most importantly, I discovered a sense of community. I had moved to New York a couple of years earlier, and still ached for Beirut like a lover. I missed my family, my favorite pubs, my old campus. But I fell in love with that dim, candlelit basement, found myself returning to that room of storytelling and applause with worshipper-like devotion.

It took me a long time to understand this, because writing is also a magical, fickle, infuriating creature that rarely seems to belong to me. And, yes, it is perhaps, for many of us, the most pure, simple alchemy we will ever come across.

But it is also work. It needs to be treated with respect. An idea isn’t a book. The distance between the two can be a long, solitary tundra that is only crossed by actual writing.

Everyone has their routine. For me, it’s 30 minutes a day, no more, no less. Sometimes I write those 30 minutes on the subway, sometimes at my desk, sometimes on my phone, but it’s always 30 minutes. If I miss a day, I forgive myself, but I make it up the next day. I’ve learned that writing is like going to the gym, like building any muscle. It needs consistency and, for many of us, ritual.

IV.
You are going to hear NO a lot

Like—a lot. Like—there will be weeks and months where all you hear is no. I get emails on a pretty regular basis lamenting that my work isn’t quite what they’re looking for.

The first time I got a letter like this, I was gutted. My young ego had been so certain that, not only was the journal going to love my work, they would be so taken by my nuanced grasp of the human condition, my mastery of language and imagery, that they’d obviously ask for more pieces.

They rejected my work. And my ego got some much-needed bruising that day. And then even more bruising, and then a little more, until I started to understand: if you’re going to write, you’re going to have to find a reason to do it that has nothing to do with money or recognition or awards.

I recognize that I say that from a place of luck and privilege, having been published. But that doesn’t change the fact doing this work must come from a love of the act itself, of creating worlds and lives that didn’t exist before, a keenness to lose yourself in the desire to tell a certain story, that satisfaction in the a-ha moment, when everything snaps into place, and all those dead ends and rough drafts are suddenly worth it.

V.
Self-doubt is part of the process.

Come to terms with it, little one. Let self-doubt in, but don’t make a bed for it.

There’s no right way to do this work. Anyone who tells you otherwise is trying to pedal their version of “right.” Some writers do it only for themselves, without any desire for an audience. Others thrive on community and public readings. Some writers want their work in a book, others itch for time on stages.

What they all share is honoring that part of yourself that is driven to create, finding that small, quiet hunger within you and giving it a voice.

VI.
Fear and bravery are different sides of the same coin

Every sentence about courage begins with fear. If you do something you’re not afraid of, it doesn’t count as brave. It might be reckless or spontaneous or illegal, but it’s not courage.

This is an interesting time for fear. We are living in an age of borders, a moment when people will either cling to those borders or try to dismantle them. A time when language matters more than ever, when words can be used to stoke or resist fear, as people try to criminalize words like “immigrant” and “trans” and “Black.”

Reclaim language. Allow writing to transcend those borders. Creative expression has always been a shelter under which the lonely and heartsick built small fires to warm themselves. Be proud of yourself for being part of that tradition.

VII.
Books will remind you who you are.

I’m a shameless re-reader. It drives people crazy. You’re reading that again? my bemused mother would ask when I was younger. But you already know what happens! My favorite books is easily spotted, thanks to my curious, lifelong habit of ripping tiny page corners and chewing them while I read. (You know, like gum.)

For some people, reading is a straightforward, cost-effective equation: one book’s knowledge minus time equals net value. Not for me. Throughout the chaos of my nomadic childhood, as my family moved between Middle Eastern and American cities, books were the most constant variable in my life. To a lonely girl, books become comrades, familiar topographies to be revisited.

Don’t get me wrong—a new book can be intoxicating. I love that feeling of discovering a writer that ignites a sense of kinship. But re-reading a book is like resuming a former self: it reveals the ways you’ve changed, but also reassures you of your own object constancy.

During the summer war in Beirut before my junior year, I reread Darwish and Sexton, because I was both lovelorn and afraid. In the deep heart of my wild, arduous 29th year, I reread the Harry Potter books. I return to old books like companions, from Tolstoy to The Babysitters’ Club books, to remember that, even if my house and city and streets are unfamiliar, there endures a sense of steadfastness in the world.

When I moved to Manhattan eight years ago, I found myself wandering the aisles of Duane Reade, each orderly shelf of face creams and shampoos provoking a fresh bout of tears. I missed the electricity cuts and disarray of the city I’d just left behind. That night, in my rented Morningside Heights bedroom, I tore through suitcases until I found my well-worn copy of The Interpreter of Maladies and turned, for the umpteenth time, to page one.

Hala Alyan is an award-winning Palestinian American poet and novelist, a clinical psychologist, and the author of Salt Houses, Four Cities, Atrium, and Hijra. She lives in New York. 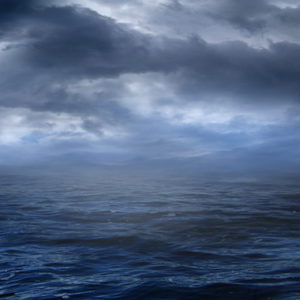 From Such Swarms From such swarms a human face emerges—streaked with sweat, with tears, with blood, with spit, with the last...
© LitHub
Back to top