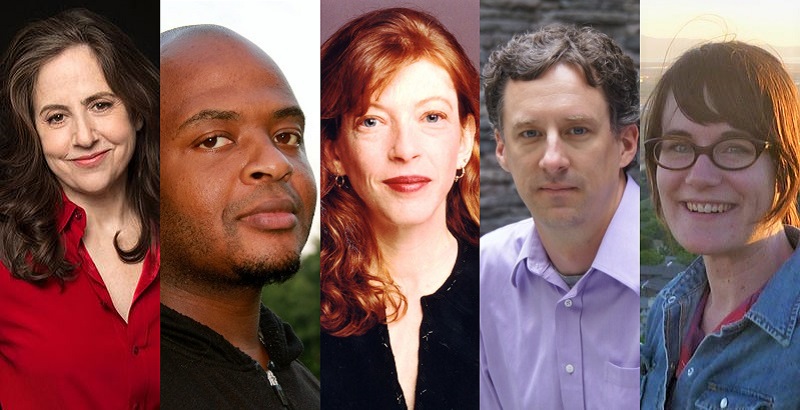 Helen Schulman (Come With Me)

John Warner (Why They Can’t Write: Killing the Five-Paragraph Essay and Other Necessities)

KIESE LAYMON: Intimacy and terror and parents and children and lies and love and words and black abundance and American classrooms and American bedrooms.

JOHN WARNER: The difference between learning and schooling. Dismantling folklore. A way to offload the sadness and rage of the conditions of my labor into an extended argument for change.

HELEN SCHULMAN: Attachment. Silicon Valley. The three-pronged tragedy in Fukushima. Multiverse theory. How hard it is to be a girl. The death of print. The healing power of love.

HELEN SCHULMAN: He wrote on a wheelbarrow as a night watchman. He wrote a novel about love from various points of view. Her sentences liquefy and stream through my head. 30-some-odd years of visiting Silicon Valley. The New York Times. Having children. Other people.

SHENA MCAULIFFE: When I began my book, I lived in Seattle, among markets, food co-ops, restaurants, and people with strong opinions about how and what a person should eat. Then I moved to Salt Lake City to get a PhD. A lot of what I read in those years formed layers of mental compost—ideas, myths, folklore, songs, and questions that I raked into layers of narrative. And once, as a sort of gift, a friend gave me a small paper envelope labeled “Extra Buttons,” that actually contained her children’s baby teeth, some of which were cracked in two, some of which still bore traces of dried blood.

SUSAN ORLEAN: The children’s librarian at the Bertram Woods Branch Library in Shaker Heights, Ohio; the smell of smoke in a book; my mother; and the decision to burn a copy of Fahrenheit 451.

JOHN WARNER: My teachers at Greenbriar Elementary School in Northbrook, IL. I learned more about writing for other people from them than anyone since. If I could recreate the experience I had learning to read and write for every kid in the country, we’d be getting somewhere.

KIESE LAYMON: Blues and the American obsession with progress, recovery, and resolution really influenced my book.

HELEN SCHULMAN:  Taught on average the equivalent of ten classes a year. Daughter went to college. Son went to college. Husband lost his job and then got a new one. (No, he is not the husband in my book.) Mother was sick. Wrote other stuff.

SUSAN ORLEAN: Parenting, a move to a new city, an attempt to learn how to play drums, and a wish to not write another book.

SUSAN ORLEAN: “Delightful” and “fun.” I am actually happy if my writing is delightful, and if people find it fun to read, but there is something so lightweight and trifling in both of those words that I die a little when I see or hear them in relation to my work. It’s especially vexing because I think a lot of what I write is quite melancholy, so being described as “fun” makes me think I’ve failed to get my point across.

HELEN SCHULMAN: I try to avoid reviews. I try to stay off the internet. I know I’m not for everyone. I get hurt easily.

SHENA MCAULIFFE: “Emotionally reserved” and “too literary,” though whether I despise these words depends on who speaks them, and how.

SHENA MCAULIFFE: Something in high demand in the Western half of the U.S. and requiring outdoor fieldwork—maybe researching pine beetle infestations, wildfires, or elk overpopulation in the Rockies. Or I’d own a breakfast/pie café in a light-filled, former gas station with doors that roll up on summer days. I’d serve good coffee, and have lots of plants.

JOHN WARNER: Drummer in a band that comfortably sells out 1,500-to-3,000 seat theaters, but never gets bigger.

SUSAN ORLEAN: A backup singer in a rock band. Or a textile designer. Or a job that would combine those two.

SHENA MCAULIFFE: I often receive praise for my lyrical use of language, but never for a keen grasp of plot. I’d also like to be funnier and write snappy dialogue.

HELEN SCHULMAN: I think I’m good on the level of the line, I wish I were better at story.

JOHN WARNER: Voice is a strength, I suppose. For better or worse, whatever I write, in whatever form it takes, sounds like “me.” How much time you got for the things I’d like to be better at? Biggest thing is having the discipline to take something from “good” to “can’t make it better.”

KIESE LAYMON: I never think anyone is going to read anything I write and when they do, I’m so grateful. Probably too grateful, because I know they could be watching Martin reruns or Housewives of Atlanta.

SUSAN ORLEAN: I used to worry about this constantly—it’s the curse of writing nonfiction and knowing that anyone could do the same research and that it’s vain to imagine I have any kind of authority to tell anyone anything. But long ago, an editor of mine said, “Yes, anyone could look this stuff up, but they won’t.” I’ve chosen to do this work and tell these stories, just as someone else chooses to be a doctor or a teacher. There’s a place to land between insecurity and hubris, which is a place of confidence and joy. I get joy out of telling stories and feel confident that I can do it.

HELEN SCHULMAN: I write so I won’t crack up.

SHENA MCAULIFFE: My friends and students serve as proof that the world is full of curious readers who love rolling around in stories the way dogs love rolling around in rotten fish. I am such a reader myself, and I keep trying to repay the gift with my own stories. And then, writing has become a compulsion that eases other anxieties. It helps me ask questions and pay deeper attention to life, so I keep doing it.

JOHN WARNER: If David Brooks can have a career pontificating about issues of national importance, why can’t I write about something I’ve spent 20 years doing and studying? 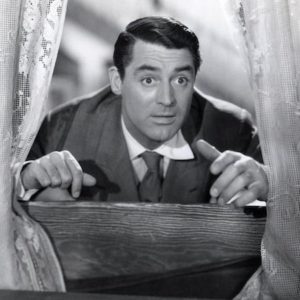 In an album quilt, the blocks differ, each from all the others. The passages that follow here seem to call for such a title....
© LitHub
Back to top