As costs of living in Seattle and San Francisco continue to rise, the relative affordability and vibrant arts culture of Tacoma make it ideal for writers living in the Pacific Northwest. Despite its natural beauty, Tacoma retains a gritty vibe that’s due, in part, to its industrial and military history. If Tacoma were a writer, she would be smart, attractive, but alas, emerging. That may soon change. According to regional projections, Tacoma is expected to grow to nearly 300,000 residents by 2030, many of whom are bound to be writers, considering the city’s many literary offerings.

I.
Our Cat-Friendly, Community-Centered Bookstore

Tacoma’s best-known (and best) independent bookstore is King’s Books. King’s is community-focused and offers a broad selection of books—everything from contemporary poetry to books on the Napoleonic Wars. Writers and independent publishers will appreciate the store’s commitment to books published by small presses. Frank and witty staff picks are featured throughout the stacks; I recently read one that was allegedly authored by one of the store’s cats. To the left of the bookstore is a room housing Destiny City Comics. A separate business, this shop sells graphic novels, independent comic books, as well as merchandise like t-shirts, posters, superhero figurines, and key chains.

Roaming through both stores are King’s resident cats, Atticus and Herbert. They greet every customer. The cats belong to the store’s owner Sweet Pea, who brought King’s to Tacoma from Madison, Wisconsin in 2000. Since that time, the store has invited authors like Sherman Alexie, Jamie Ford, and Emily St. John Mandel to read and sign books. It has also opened its doors to the community through book clubs, writing nights, and art walks.

Tacoma’s writing communities take risks and are unafraid of unorthodox literary events. A good example is the 2017 Tacoma Reads program. The city chose Roxane Gay’s Hunger for its citywide read and, in true Tacoma fashion, hosted the New York Times bestseller at Lincoln High School at a reading moderated by Mayor Marilyn Strickland. The Cascadia Poetry Festival brings poets to Tacoma, as well as scientists, artists, and activists. The festival asks participants to consider their shared connection to the Cascadia mountain bioregion.

The city has more traditional institutions and practices as well. The annual lit crawl is hosted by Creative Colloquy and features dozens of writers each fall at different locations. Wayzgoose! Letterpress Book Arts Extravaganza celebrates local printers and book artists. Write 253 is a literacy arts organization that teaches creative writing to young people, including incarcerated youth; each spring, it hosts Tacoma’s Louder Than a Bomb slam poetry competition. If you’re looking for open mic events, you can find them at coffeehouses like Metronome and B Sharp.

Tacoma ranked 20th in the 2016 Forbes poll of best places for business and careers, and any realtor familiar with the area will agree that real estate is much more reasonable in Tacoma than in nearby metropolitan areas—the average cost for a studio apartment ranges from $810 to $1,100. What makes Tacoma even more attractive is its free public amenities, including parks, trails, and community gardens. In addition, Tacoma has great city and university libraries, as well as museums like the Tacoma Art Museum and the Washington State History Museum, both of which are free for members.

The whimsical work of local artist and glass sculptor, Dale Chihuly is scattered throughout Tacoma’s urban landscape. Chihuly’s brightly colored glass creations resemble Dr. Seuss illustrations, and his sculptures can be found everywhere, from downtown bridges to university atriums to every single gift shop in town. If you’re more inspired by nature, Tacoma has 71 public parks, as well as several community gardens and food forests. Wright Park in historic Hilltop stretches across 27 acres of land, containing over 600 trees and a botanical conservatory. Point Defiance is a 760-acre park on the north end of Tacoma that extends to the beaches along the sound. Point Defiance has a zoo, aquarium, a living history museum, and several walking trails. Those who want a bigger challenge than walking trails can camp and hike the area’s active volcano, Mt. Rainier, which is a short drive from the city. And although the winter can be dreary, Tacoma summers, with their spectacular sunsets at 10 pm, are definitely worth the rainy season.

Tacoma’s real gift is its creative population: the painters, musicians, graffiti artists, farmers, small business owners, activists, and, of course, writers who make things happen in the city. The Tacoma Action Collective, for example, is a community organization committed to eliminating systemic oppression, working to ensure more inclusive exhibitions and releasing documentaries like Coloring Hilltop, which addresses gentrification in the city. The local independent movie theater, The Grand Cinema, offers film camps, an annual film festival, and community discussions of movies and documentaries. Through community programs and events, Hilltop Urban Gardens challenges Tacomans to think deeply about food sovereignty, land ownership, and their relationship to economic and racial equity. Spaceworks is a joint initiative between Tacoma and Pierce County that offers artists rental space for projects, business training, and helps installs public art around the city. All of these organizations, businesses, people and more represent the radical artistic spirit of this place.

Renee Simms’ story collection, Meet Behind Mars, will be published in March 2018 by Wayne State University Press. Her work also appears in Callaloo, Southwest Review, North American Review, The Rumpus, Salon, and elsewhere. She has received fellowships from Kimbilio Fiction, Ragdale, and Vermont Studio Center and is a recipient of a 2018 NEA fellowship in creative writing. 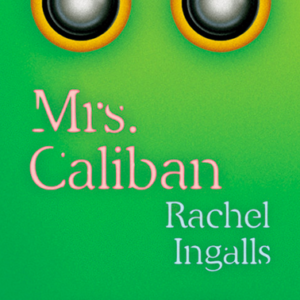 She was sweating when she got back. It was later than she had thought and she started mixing the sauce before anything else....
© LitHub
Back to top