The Most "Livable" City in America is Pretty Good for Writers, Too

St. Paul and Minneapolis may be known as the “Twin Cities,” but they’re more fraternal than identical. Divided by the Mississippi River, one city is the cultural capital while the other is literally the state capital. Both boast high literacy rates and the activities of the more populous sibling (which include powerhouse independent publishers Graywolf Press, Coffee House Press, Milkweed Editions, and the nation’s largest literary and book center, the Loft) often spill over across the river to the saintly city. But there are many particular charms to the quieter, calmer St. Paul.

I.
Beautiful and Historic Places to Explore

St. Paul’s motto is “The most livable city in America,” and the place is beautiful. The Trust for Public Land noted its parks as the second best city in the nation, beat only by its sibling Minneapolis. St. Paul has over 100 buildings on the National Register of Historic Places, including the many Victorian mansions on Historic Hill. Historic Hill is notably Scott Fitzgerald’s childhood neighborhood—you can take walking tour of the many businesses that he frequented, including the Commodore Hotel where he once lived (now a restaurant), and University Club of St. Paul where he attended swanky parties. Today, the Club hosts a free monthly poetry series, Readings by Writers. Organized by Carol Connolly, the series is over 15 years old and has featured past and current Minnesota poet laureates Robert Bly and Joyce Sutphen, among others.

For another kind of literary history, you can explore the establishments frequented by playwright August Wilson, who lived in the Selby-Dale neighborhood, wrote in W. A. Frost and Fern’s Bar & Grill, and had his plays staged at local Penumbra Theatre. If you’re a Jonathan Franzen fan, the city is the setting of his novel Freedom. You could also wander around the city seeking out the many statues honoring comic writer Charles Schulz. No matter where you go, you’re sure to come across one of the 900-plus poems engraved into city sidewalks.

Cafes and bookstores tend to keep close company in St. Paul. Nina’s Cafe has remained the center of a St. Paul writing community even as two different independent bookstores have moved out of its basement. One of its past partners, SubText Books, now sits in Downtown St. Paul. (They host Books & Bars in the local Amsterdam Bar and Hall, in case you prefer your book clubs with alcohol instead of caffeine.)

The other independent bookstore to outgrow the space was Common Good Books, owned by Garrison Keillor of Lake Wobegon fame. You can catch him in the Macalester-Groveland neighborhood, if you aren’t perusing Sixth Chamber Used Books.

Another notable cafe is the Black Dog Coffee and Wine Bar, home to the community-judged St. Paul Almanac. The Almanac is responsible for placing poems on the buses and trains of the Twin Cities’ exceptional transit system—best in the US for 2016). Golden Thyme, another literary community hub, hosts The Re-Verb Open Mic for Truartspeaks if spoken word is your art form of choice. And if so, Button Poetry in Camp Bar boasts poets who more delicately blur the line between spoken word and poetry, such as St. Paul native Danez Smith.

Other local independent bookstores include antique bookstore Midway Used and Rare Books,  Micawber’s Books in St. Anthony Park, the children’s bookstores Addendum Books and Red Balloon Bookshop in Highland and on Summit Hill. To further the coffee-book connection, Coffee House Press once celebrated the work of St. Paul-based writers of color via short works on coffee sleeves for cafes throughout the city.

III.
Support for the Arts

If you want to receive grant funding to write, St. Paul is the place to be. To quote the Creative Minnesota report: “Artists are 1.5 percent of the Minnesota workforce but only 1.1 percent of the US workforce. Compared to other states, Minnesota has the highest employment in book publishing in the country, 5.2 times the national average.”

Minnesota is the only state other than New York funded by the illustrious Jerome Foundation, and St. Paul is one of the 26 cities that can receive arts funding from the Knight Foundation. The entire metro consistently ranks high in arts vibrancy measures, breaking the top five in 2017. The result? Lots of individual grant support, community events, and public art.

There’s a good array of affordable artists housing, including three Artspace properties, the Schmidt Artist Lofts, the Carleton Artist Lofts, and more. Organizations like Springboard for the Arts help writers find training, funding, work, tax assistance, or any other support a writer might need. Public Art St. Paul and other organizations have attracted national attention through projects demonstrating the civic importance of the arts.

St. Paul also shows its love of the arts through events like the Twin Cities Book Festival (hosted by Rain Taxi, who also publish a neat literary calendar), the Twin Cities Antiquarian & Rare Book Fair, and the Minnesota Book Awards. St. Paul’s beloved library system includes three Carnegie libraries and one of the best library support organizations in the nation, the Friends of the St. Paul Public Library.

St. Paul’s focus on creative placemaking and other public art has resulted in organizations like Northern Lights hosting poets in festivals like all-night, all-arts Northern Spark. You can scratch all kinds of literary itches locally, whether by reading the populist publication Whistling Shade, submitting to Hamline University’s Water~Stone Review, telling stories at The Moth, snapping your approval during the National Poetry Slam, or workshopping a play at the History Theatre. Local literary magazines Paper Darts and Revolver have hosted literary tournaments in boxing rings and pop-up readings in art galleries. There is no expectation that you stick to any one medium.

The genre-blurring also makes the Twin Cities a fertile place for many its many resident cultures to showcase their approaches to literary art. On the other side of the river is the nation’s only Arab-American literary magazine, Mizna; Louise Erdrich’s Native-focused Birchbark Books, and the LGBTQ treasure trove Quatrefoil Library. But in St. Paul, Electric Machete Studios presents spoken word and poetry workshops in its gallery/studio space; Hmongtown Market boasts the first Hmong bookstore, Hmong Arts, Books & Crafts; and Snelling Café is building a Little Africa Free Library to reflect its local community. Minnesota Historical Society publishes books that address the pasts and futures of all these local communities, be they immigrants or indigenous.

“Keep St. Paul boring” has become an unofficial slogan of the city, that reflects its differences from Minneapolis. Putting aside its secret gangster past, the city is generally quiet. But that’s a good thing. There’s just enough to do—jazz in parks, farmer’s markets, ice festivals, movies by lakes—but not enough to distract you from writing. And if you really need to focus, you can make like a true Minnesotan and drive up north for a cabin retreat. And when the notorious Minnesota winter comes around, you have all the more reason to stay indoors and stay productive.

There are several local celebrities and faculty in St. Paul, ranging from Macalester College writer-in-residence and Man Booker Prize-winning author Marlon James, University of Minnesota professor Charles Baxter, to the aforementioned Garrison Keillor. The small-town feeling of St. Paul tends to keep them humble and approachable.

Maya Beck is a lapsed Muslim, recovering otaku, socially awkward blipster, and genre-confused writer. She is also a 2014 Givens Foundation alum, 2017 VONA Regional Workshop participant, and Paper Darts staff member whose writing has been published or is forthcoming in Revolver, Mizna, PANK, the Twin Cities Daily Planet, NewHive, and Pollen. She currently works for an arts nonprofit in Minneapolis. 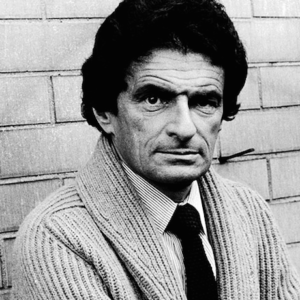 Tracy K. Smith has been named Poet Laureate of the United States. Listen to her on God, poetry, and parenting in New York...
© LitHub
Back to top