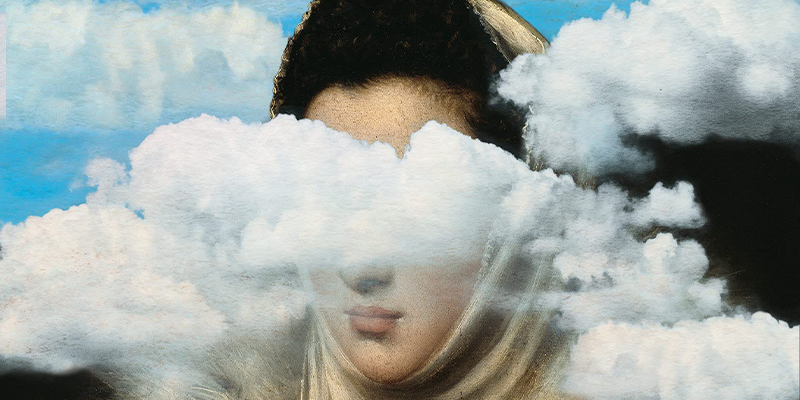 On interracial relationships, the Internet, imposters, and more

This week’s Fab Five includes Leland Cheuk on Elaine Hsieh Chou’s Disorientation, Angus Trumble on María Gainza’s Portrait of an Unknown Lady, Adam Kirsch on Sheila Heti’s Pure Colour, Eric Banks on Justin E. H. Smith’s The Internet Is Not What You Think It Is, and Anahid Nersessian on Louise Glück’s Winter Recipes From the Collective.

“The hyperactive satire is so consistently funny it almost makes the reader forget about the serious societal issues that undergird the humor … As a comedic heroine, Ingrid is easy to root for, due mainly to her bumbling nature and the fact that she’s surrounded by White people of dubious character … Admirably, the book doesn’t just take shots at problematic White people. Supporting characters highlight unsavory aspects of the Asian American experience as well … Disorientation does what great comedies and satires are supposed to do: make you laugh while forcing you to ponder the uncomfortable implications of every punchline. In this book’s universe, for example, the authenticity of every interracial relationship is questioned. Chou’s novel is a promising debut, one that makes this reader look forward to what she will make fun of next.”

“The unnamed narrator in Portrait of an Unknown Lady María Gainza’s crepuscular but dreamy novel, looks back over a life led in the shadow of imposture … Yet the written testimony of a seasoned purveyor of art forgeries could well be as untrustworthy as her valuations … Our narrator becomes fascinated by finding the elusive Renée, whose career has waned along with Mariette Lydis’s popularity. She, like her subject, has drifted into obscurity, and would appear to have rejoiced in its cold embrace. The increasingly feverish hunt for Renée is frustrated by gaps in memory, lack of detail, depressing lacunae, unreliable hearsay, dead ends … The naughty pleasure of this novel is bound up in our fascination with fakes, especially when executed in the cavalier mode of Robin Hood.”

“Heti secedes from that school [of autofiction], writing in the third person about a fictional protagonist, Mira. What’s more, for much of the book, Mira’s soul takes up residence in a leaf along with the soul of her dead father, where they carry on a dialogue about God, the cosmos, and reincarnation … Pure Colour makes clear that Heti has always been a different kind of writer than advertised: not the voice of a generation or a chronicler of postmodern ennui, but a humanist and a seeker … This is a philosopher’s question more than a novelist’s, and in a sense Heti has become less of a novelist with each book, until with Pure Colour she emerges as almost a mystic … In its self-sufficiency, pure color withdraws from connection to other things. Rather than appealing to the eye or demanding to be applied to a canvas, it only wants to be left alone. This is the same problem that, transposed to the human realm, is the recurrent subject of Heti’s fiction … Heti’s mature novels take this basic situation and develop it in more searching and unexpected ways. Each places the main character in a different type of relationship and tests the pressure it exerts on her vocation and her sense of ‘what sort of creature I am’ … Artists who have given everything to their vocation often reach a crisis in middle age, when they confront the limits of their achievement and the approach of mortality. For Heti, Pure Colour seems to be the product of such a crisis, and the book is as much about the death of a certain idea of the artist as it is about the death of Mira’s father … Pure Colour confirms that, in our time, Sheila Heti is one of the most useful writers of all.”

“The title of Smith’s book is ungainly but cunning in asking not what the internet is but what it isn’t, pushing against our certainties about its very nature. For all the jeremiads, this is a book of nots. The internet age is still in its infancy, and forms of engagement may yet appear that reconfigure how we interact with our digital selves and the mediated world. If we feel that information overload is at the root of our sapped capacities for attention, Smith is quick to note that the same crisis of attention was sounded in the century and a half following Gutenberg’s innovation in printing technology … One of the pleasures of Smith’s philosophical tour is to note how frequently the implementation of ideas and their consequences jump domains … The vision that inspired Lovelace has become much more complex as its implications have disclosed themselves. One of the great achievements of Smith’s book is to permit us to honor her legacy, ambition, and achievement—and that of many others both before and after her—while buttressing a healthy and necessary skepticism toward the claims of tech transcendence and the uniqueness of our moment.”

–Eric Banks on Justin E. H. Smith’s The Internet Is Not What You Think It Is (4Columns)

“Glück subjects conventional poetic tropes to a rigorous process of abstraction until they become close to indistinguishable from everyday speech. Behind each modest ‘you’ looms a ceremonial ‘thou’; the oracular glows inside the ordinary … This is an intensely technical book and a work of extreme concision, in which complicated feelings have been pared down to their minimum and a life’s worth of experience reduced to strange, sometimes tender and sometimes ominous detail. What we have here are less the recipes of the title than a demonstration of Glück’s knife skills … Familiar tropes are treated to an experimental expunction, and in the process Glück finds a way to write and think that seems, or so she suggests, best suited to her subjects: old age, obsolescence, and how to live toward dying … Now, at nearly eighty years old, she is as indifferent to the demand to make nice as she was in 1968, the year her first collection was published … Glück is fond of describing herself as ‘private.’ But if she is personally shy (which is her own business) her poems make no such apologies for their tendency to retreat or withhold. Rather, they express their author’s nonnegotiable desire to dictate the exact terms on which she is seen, even when she’s knee-deep in what she calls ‘our important suffering’ … Old age, Glück suggests, goes hand in hand with the quotidian. It is plainspoken and would even be dull, if it weren’t necessarily accompanied by the most extreme sorts of experience a person can have. We all know people who are unusually anxious about getting older. Winter Recipes from the Collective seems designed alternately to terrorize them and to tweak their noses.” 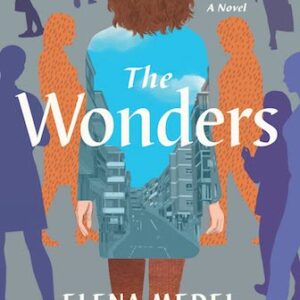 HOME Córdoba, 1969 The baby smells of cigarettes. The first thing María notices when she picks Carmen up is that she doesn’t...
© LitHub
Back to top
Loading Comments...