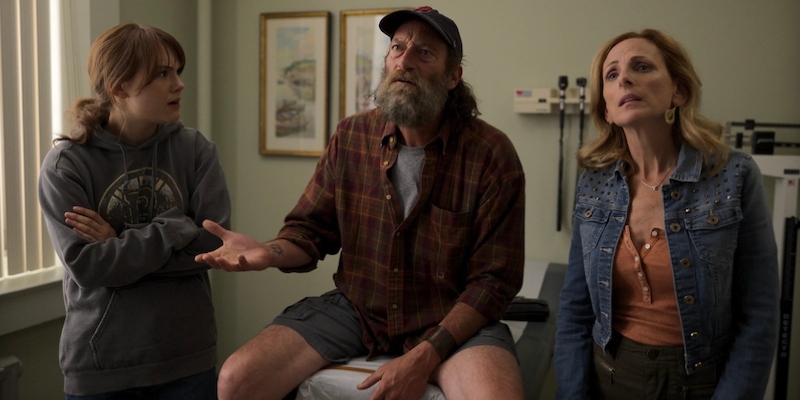 “CODA” is an acronym which stands for “Child of Deaf Adults.” It is also a term in musical notation: a symbol which signals to musicians to jump to another section in the sheet music, to perform a variation on the music they have already played. Both meanings are relevant to Sian Heder’s joyful new film that takes this term as its title—it is the story of a teenage girl who is the only hearing person in a deaf family and therefore must constantly jump back and forth between different worlds of communication and expression.

To her neighbors in the fishing town of Gloucester, Massachusetts, Ruby Rossi (Emilia Jones) is seen as her family’s American Sign Language interpreter: a bridge between her deaf parents and brother to the rest of the hearing and speaking community. She feels like an outsider at school and in the town at large for the ableist prejudice directed at her family, and she feels like an outsider in her family for being the only one with a different experience of the world. No one—not even Ruby—sees her bilingualism for the beautiful thing that it is, an endowment of two special means of self-expression. She (a teenager, after all) is urgently looking for a way to express herself and does not yet realize what she has at her disposal.

From the outset, CODA skillfully manages to represent its deaf characters not as disadvantaged for being deaf, while managing to illustrate the rest of the world’s complete incomprehensibility regarding what to do about their deafness. Some people see it as a problem, while others see it as an awkward inconvenience. The Rossis don’t care what the town thinks about them. But none of the film’s hearing characters, Ruby included, see ASL as an opportunity, or even as equal to spoken/heard language. In fact, Ruby understandably associates ASL with chores, draining tasks she doesn’t want to do.

Although she is a senior in high school, Ruby works on her family’s fishing boat with her teasing older brother, Leo (Daniel Durant) and her sardonic father, Frank (Troy Kotsur, in a charming, Oscar-nominated performance). Daily, she wakes up at 3 am and goes out with them—helping to fish as well as dealing with communications, from using the radio to haggling with the fish merchants who buy their catches. She accompanies her parents to doctors’ offices and orders for them at restaurants. She has been doing many of these things since she was little. Ruby is annoyed at her family—not for their deafness, but, like any teenager, for their needing her to do things to contribute to their household. And she also wants to be left alone to do her own thing sometimes.

A crush on a cute classmate leads her to sign up for choir class—fortuitous, since Ruby’s favorite activity is singing. She sings on the boat every morning, but her father and brother don’t hear her. The great Marlee Matlin, who was instrumental in making sure deaf actors were cast to play all the deaf characters, plays Ruby’s mom Jackie, and she wonders if Ruby is interested in music just to be a contrarian. But Ruby does love it, and she has a beautiful, soulful singing voice—which she reveals, slowly and shyly, to her new choir teacher, the peppery Mr. Villalobos (Eugenio Derbez), who allows the students to call him “Mr. V” because he is not interested in hearing his last name mispronounced. Although she is exhausted from her morning job and performs mediocrely in school, Ruby clearly has talent, and Mr. V takes an interest in her, offering to train her after school so she can apply to a prestigious music college.

But this move toward independence will clearly make things harder for her family—not only because they’ll be down an interpreter, but also because they’ll be down a hearing employee and they’ll have to hire a replacement. Mostly, the Rossis are baffled by Ruby’s eagerness to depart from their home in these several ways. Slowly, the film moves from a focus on communication in its practical mode towards a personal, parental one.

One of its greatest strengths is its painting “speech” and “listening” as merely two possible options amid a vibrant cosmos of articulation and reception types.

In the film’s most beautiful scene, outside in their yard after the Rossis have supportively but perplexedly attended Ruby’s choir concert (which is played partially without sound to share their perspective), Frank (who loves blasting gangster rap in his car because he can feel the beats through his body) asks Ruby to perform her solo for him, alone—trying to find a way to share and understand her passion, but also to figure out what he knows he missed during the formal performance. Delicately, he places his hands on her throat to feel the vibrations of her vocal cords as she sings. Kotsur’s face melts from serious, curious focus into awe at the power his fingers are registering.

CODA is a lovely film, and one of its greatest strengths is its painting “speech” and “listening” as merely two possible options amid a vibrant cosmos of articulation and reception types. As such, ASL is presented not as a means of communication which attempts to address a lack of hearing or speech; it is revealed to be a rich communication world all on its own, potentially even more evocative or effective than normative speech. ASL is more than a series of visual signifiers one makes with one’s hands—it is a complicated language that combines facial expressions, gestures, and other techniques, like speed and pressure and intensity, to communicate the emotional weight behind the words being signed. No scene winds up being more expository (and graphic) than the one in which Frank gives Ruby and her crush, Miles (Ferdia Walsh-Peelo) a surprise paternal sex talk. Ruby doesn’t translate, out of horror, but she doesn’t have to.

CODA is filmed simply, minimalistically, and this has the usefulness of allowing its profuse signing to become the visual focus—similar to the effect a black box theater space might have on a live performance. The film’s goal is to reveal how signing is even more intuitive, vivid, and emotional than “spoken words,” and it succeeds to this end, to a triumphant degree.

The film does not represent its deaf characters as hindered in expressing themselves by speaking in ASL, and it also represents hearing individuals as disadvantaged for not having ASL to speak with. In theater and film, when words are not enough to express a powerful emotion, characters often break out into song. In CODA, though, when spoken words are not sufficient to capture emotion for Ruby, she signs instead. When Mr. V asks her to tell him how singing makes her feel, she finds herself using her hands. For Ruby, ASL is a better fit to describe sensations, feeling, passion—and is therefore a better fit to describe the sensitive sensation of “singing.”

Ruby’s objective throughout the film is to make speaking, singing, and signing all harmonize together for her—and in doing so, reacquaint herself with the ways in which her family has inspired her unique voice. CODA is a sweet film, from beginning to end, but its sweetness does not minimize its radical obliteration of normativizations about language, communication, and disability: topics which, in mainstream film, are hardly ever spoken for. 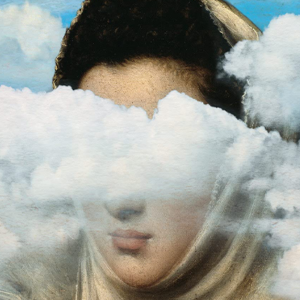