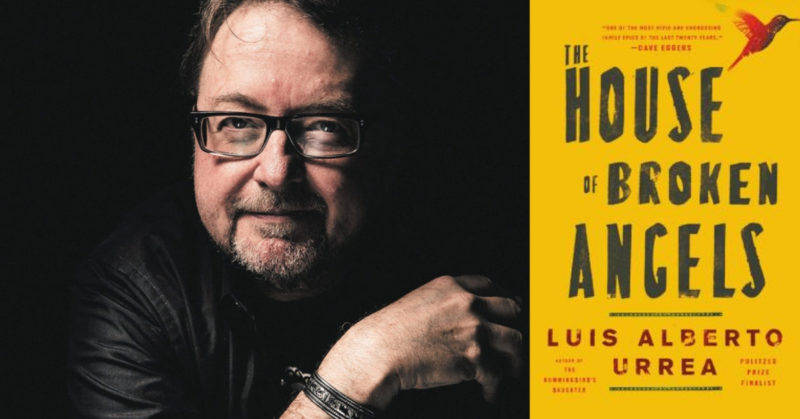 In the 31 Books in 30 Days series leading up to the March 14 announcement of the 2018 National Book Critics Circle award winners, NBCC board members review the 31 finalists. Today, NBCC board member Tom Beer offers an appreciation of The House of Broken Angels by Luis Alberto Urrea (Little, Brown).

To the roster of unforgettable American families in literature, we can now add a new name: de la Cruz. The San Diego clan at the center of Luis Alberto Urrea’s The House of Broken Angels is unruly, fractious, fierce, fun-loving—and so large that some reviewers have lamented the absence of a family tree in the book.

At the head of this remarkable crew is Miguel Angel de la Cruz, called Big Angel. As the novel opens on a Saturday morning, Big Angel has overslept and is late for the funeral of his mother, Mamá América. Big Angel will be celebrating his 70th birthday on Sunday, and relatives are coming from far and wide to celebrate, but death hangs over that gathering, too: Big Angel has been diagnosed with cancer, and it will be his last birthday.

The House of Broken Angels takes place over this eventful weekend, though it also carries us back in time to La Paz, Mexico, where Big Angel grew up enthralled (and intimidated) by his charismatic policeman father, Don Antonio, and where he first met his future wife, Perla. We also linger in the town of Tijuana, where Big Angel crosses the border (“There were regular corridors in those days,” Urrea writes, “and day workers often commuted through the dirt canyons.”) He will settle on the U.S. side, with Perla, and together they raise their brood.

Over the course of the novel’s weekend, readers meet the many, many members of this extended family: children, stepchildren, brothers, sisters, and—significantly—one half-brother. Little Angel is Don Antonio’s son by his American second wife; he is an outsider to this family, held uncomfortably in its passionate embrace.

For a novel set in a single weekend, The House of Broken Angels contains multitudes; for a novel shadowed by death, it teems with the messy realities of life. It’s also gloriously funny on nearly every page. Every single page brims with Urrea’s vivid language, spiked with choice bits of Spanish slang (vato, cabrones, pendejo).

At a time when Central American immigrants are demonized and a border wall is part of the daily national conversation, Urrea’s novel makes no overt political arguments, pleads no special cases. (An Anglo perspective is heard only fleetingly from a woman at Target: “You’ll be out of this country on your ass very soon.”) Instead, The House of Broken Angels presents the de la Cruzes in all their heartbreaking and comic complexity—as real to us as our own families, wherever we came from.

Tom Beer is the Books and Travel Editor of Newsday and a past president of the NBCC. 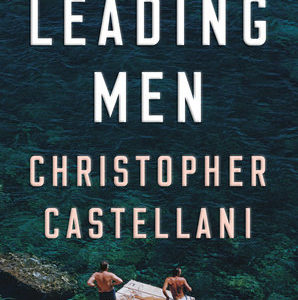 The Muse in Winter For thirty years, Anja has lived in his city. Now that he is gone, it turns to her an unfamiliar...
© LitHub
Back to top