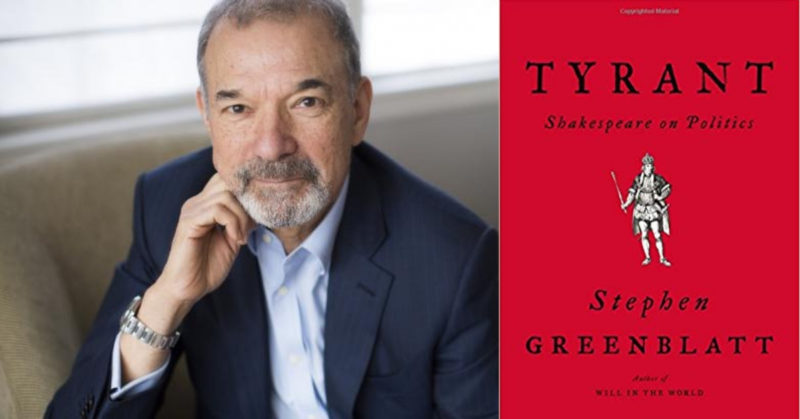 In the 31 Books in 30 Days series leading up to the March 14 announcement of the 2018 National Book Critics Circle award winners, NBCC board members review the 31 finalists. Today, NBCC board member Tom Beer offers an appreciation of Tyrant: Shakespeare on Politics by Stephen Greenblatt (W.W. Norton).

Stephen Greenblatt’s Tyrant: Shakespeare on Politics constitutes a veritable rogues’ gallery of larger-than-life characters from history and literature—Julius Caesar, Richard III, King Lear, Macbeth. Yet one name hovers unspoken over nearly every page of this sly, astute study of tyranny in the Bard’s histories and tragedies: that of the 45th president of the United States.

Greenblatt, a professor of humanities at Harvard and winner of a Pulitzer Prize and a National Book Award for The Swerve: How the World Became Modern, acknowledges that the 2016 presidential election inspired him to write this volume.

(Greenblatt has written frequently about Shakespeare and his works, most notably in Will in the World: How Shakespeare Became Shakespeare, an NBCC award finalist in 2004.) Still, the author shrewdly leaves the reader to draw her own connections between the plays and our contemporary politics.

Although Shakespeare did not write about Elizabethan England—his plays drew on histories of the ancient world, England and Scotland—the context of his career, Greenblatt writes, was the decades-long reign of Elizabeth I, a powerful ruler without an heir, and the threat posed by Roman Catholicism, from within and without, to the Church of England. If Elizabeth was not a tyrant, her rule raised the many issues of political legitimacy and that Shakespeare’s work so thoroughly explored.

Tyrants, in Greenblatt’s analysis are made, not born—but there is certainly a character profile that underlies these authoritarian leaders. Of Richard III, Greenblatt writes,

“What excites him is the joy of domination. He is a bully.” King Lear, he observes, “governs by impulse.” King Leontes, in The Winter’s Tale, is “autocratic, paranoid, narcissistic.”

But tyrants, in Greenblatt’s accounting, do not arise in a vacuum. He shows how, in Shakespeare’s plays, they are made possible by passive apparatchiks and a populace lulled into complacency or willingly manipulated by fear mongering. How do the “cherished institutions” of the state, he asks, “seemingly deep-rooted and impregnable, suddenly prove fragile? Why do large numbers of people knowingly accept being lied to?”

If Tyrant speaks unmistakably to the present political moment, it makes a larger point, one for the ages: Tyrants, and those who enable them, have always been with us.

Tom Beer is the Books and Travel Editor of Newsday and a past president of the NBCC. 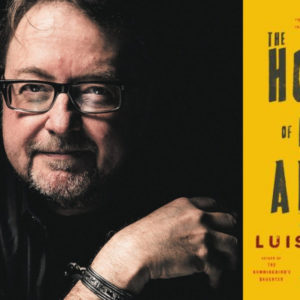