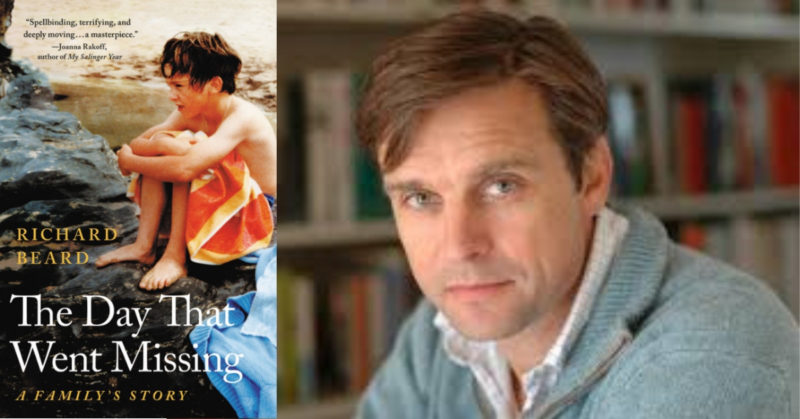 In the 31 Books in 30 Days series leading up to the March 14, 2019 announcement of the 2018 National Book Critics Circle award winners, NBCC board members review the thirty-one finalists. Today, NBCC board member Laurie Hertzel offers an appreciation of biography finalist Richard Beard’s The Day That Went Missing (Little, Brown).

Richard Beard’s memoir, The Day That Went Missing, is an excruciating read in parts, but it is an enthralling one.  The book opens with Beard’s memory of his younger brother Nicky’s death, vivid in its terrible details. Beard was 11 when he and Nicky, 9, went to the Cornish coast with their family on summer holiday. The two boys found a private cove where they played, leaping over big waves as they crashed on the shore.

One powerful wave came with an undertow, and it dragged both boys out to sea. Beard’s description of what follows is unforgettable—his last glimpse of Nicky, mouth clamped tight against the water, ligaments in his neck straining to keep his head above the sea, a whimper coming from his throat. Beard turned away and thrashed toward shore, abandoning Nicky, desperate to save himself.

It is a terrible memory. And it is all that Beard can remember. Not what happened before, and almost nothing that happened after. Nicky’s death was something his family—stiff-upper-lip Brits that they were—simply never discussed. He did not even know the date his brother died.

And so in mid-life he set out to re-learn the past and re-discover the facts and emotions of that time. He questions everyone he can think of who knew about the day—his mother, his brothers, the first responder, the schoolmaster at the boarding school he and Nicky attended. He reads coroner’s reports and news articles; he roots around in the attic and finds Nicky’s things—his school papers, his books, his sports jersey.

One story conflicts with another, the facts sometimes butt up against someone’s recollections, and piecing together what actually happened through the thicket of flawed memory and revisionist history is not an easy task.

The Day That Went Missing is a nearly perfect memoir, with a compelling story, deep introspection, fine writing and an unflinching quest for factual and emotional truth. Beard interrogates himself as fiercely as he interrogates others.

He unearths not just the facts of Nicky’s death and its aftermath, but his own emotions, as well – his pain at losing his brother, his terrible guilt at “goading” Nicky into the water in the first place and then abandoning him.

He also discovers a terrible rage for his late father, who had been diagnosed with terminal cancer at the time of the holiday and so, Beard reasons, had nothing to lose and should have tried to rescue Nicky himself. He is also furious at his father for forcing the family carry on as usual—even to the point where, after Nicky’s funeral, they returned to the Cornish coast to finish their holiday.

It was a lesson, he says, he learned well.

“I haven’t mourned him, and I did not cry at his funeral. … I knew when my dad died to carry on as if nothing awful had happened. A lesson he taught me himself.”

This haunting book is a profoundly moving study of remembering and forgetting, of denial and grief.

Laurie Hertzel is the senior editor for books at the Minneapolis Star Tribune and the autobiography committee chair for the NBCC.

Soraya Chemaly: Reclaiming Women's Anger is Part of the Solution 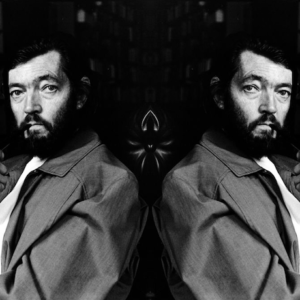 From Spring Snow to Also Sprach Zarathustra: the books that mattered most to David Bowie, bibliophile. | Lit Hub ...
© LitHub
Back to top