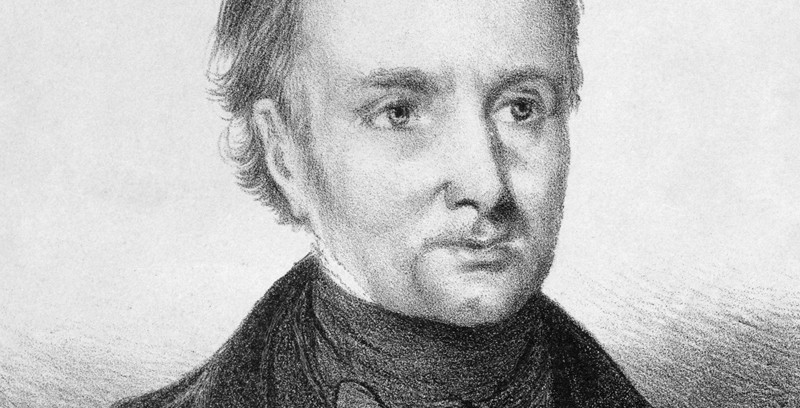 In the 30 Books in 30 Days series leading up to the March 16 announcement of the 2016 National Book Critics Circle award winners, NBCC board members review the 30 finalists. Today, NBCC board member Mary Ann Gwinn offers an appreciation of biography finalist Frances Wilson’s Guilty Thing: A Life of Thomas De Quincey (Farrar, Straus and Giroux).

Thomas De Quincey (1785-1759) lived two centuries before his time. He wrote the first confessional addiction memoir. He was a literary groupie of the first stripe; his obsession with William Wordsworth transformed his life. And he may have been the first writer working in English to plumb the mind of a mass murderer.

“It was De Quincey who legitimized the luxurious excitement of murder, just as he legitimized, in his most famous work, Confessions of an English Opium Eater, the pleasure of opiates,” writes Frances Wilson in her absorbing, entertaining and essential biography, Guilty Thing. De Quincey’s essays on murder, including “On Murder Considered as One of the Fine Arts,” “are now embedded in our culture; all subsequent literary murders have conformed to De Quincey’s taste,” she writes. “He had no interest in the fate of the victims or the skill of the police. De Quincey’s concern was with the mind of the murderer.”

The personal life of this brilliant, erratic man was a train wreck. Born into privilege, De Quincey squandered his inheritance and spent most of his life running from debtors (at one point De Quincy was in debt to a debtor’s prison). His family, including his wife and eight children, frequently teetered on the edge of starvation. Tiny, (4’11”) disheveled and horribly dressed, De Quincey was a frequent sight in London and Edinburg, wandering the streets, doped up and barely clad—only the support of several exceedingly tolerant friends kept him going.

His literary career was fired by his obsession with William Wordsworth. It took De Quincey four years to work up the courage to meet the poet—he once traveled by horseback 300 miles to Wordsworth’s Lake District cottage to make his introductions, then lost his nerve and turned back to Oxford. He wove in and out of William and Dorothy Wordsworth’s lives, falling out with them, then reconciling, again and again. He and Samuel Taylor Coleridge sustained a similar master-acolyte, love-hate relationship. De Quincey’s personal and literary entanglements didn’t end there—he became embroiled in some of the most heated literary feuds of the 19th century, but when all was said and done, among most of his friends, De Quincey remained an object of exasperated affection.

De Quincey’s mania was fueled by several addictions; the written word, opium, and murder. His family might be starving, but he could not, would not stop buying books. “Books and infinity were bound together for De Quincey, who ‘fell,’ he said, ‘into a downright midsummer madness’ at the thought of there being ‘one hundred thousand books’ that would never be able to read, or pictures that he would never see, or pieces of music that he would never hear.”

As for opium—well, he was in good company. The whole of England was “marinated in opium,” Wilson writes. The ranks of the addicted included a who’s who of 19th century England, from Coleridge to the British saint Wilbur Wilberforce to, towards the end of her life, Dorothy Wordsworth herself. The sheer quantity of opium, ingested through drinking laudanum, that De Quincey could absorb and still function was mind-blowing—but it was essential to his creative process. “Here was the panacea . . . for all human woes, here was the secret of happiness, about which philosophers had disputed for so many ages, at once discovered” De Quincey wrote in Confessions: “happiness might now be bought for a penny, and carried in the waistcoat pocket; portable ecstasies might be had corked-up in a pint bottle; and peace of mind could be sent down in gallows to the mail coach.” Despite a lifetime of self-abuse, De Quincey managed to live until age 74.

Finally, De Quincey spent much of his literary career visiting and revisiting a series of gruesome killings in London—the Ratcliffe Highway Murders, in which seven members of two families were slaughtered on one night in 1811. De Quincey’s writings on the subject influenced authors ranging from Edgar Allan Poe to Charles Baudelaire to J.G. Ballard, and his obsessions anticipated England’s fanatic following of the Jack the Ripper murders seven decades later. Modern true-crime classics such as In Cold Blood have a lineage that goes straight back to De Quincey.

Guilty Thing offers many pleasures. It’s a social analysis of the times De Quincey lived in and the recreation of the life of a true original.  Wilson seems to have read and absorbed every piece of notable 19th century journalism, essay, or fiction that had anything to do with him, but the weight of this knowledge doesn’t’ sink the narrative—she has an ear for irony and humor, an eye for detail and an acute understanding of her subject. “Guilty Thing” recreates and revives a phenomenal personality whose influence, for good and ill, laps the shores of the 21st century.

Mary Ann Gwinn is the book editor for The Seattle Times, where she oversees books coverage and writes a weekly books column, and the co-host of “Well Read,” a nationally broadcast books and authors television program (http://www.wellread.org). She won the 1990 Pulitzer Prize for National Reporting for coverage of the Exxon Valdez disaster. She’s on Twitter at @gwinnma.

When Your Political Thriller Starts Happening in the Real World 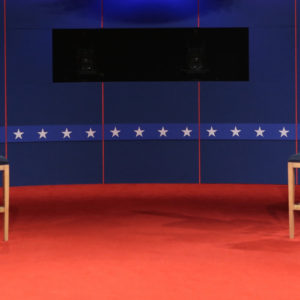 It feels strange to observe Presidents' Day with Donald Trump as president—he has already tarnished the office so drastically...
© LitHub
Back to top