When Your Political Thriller Starts Happening in the Real World

Tom Rosenstiel and the Scorched-Earth Approach to Supreme Court Nominees

It was a Sunday, just as in the novel.

A Supreme Court Justice had died of a sudden heart attack. He was the undisputed intellectual leader of one of the court’s ideological wings. And his death left a gaping, unexpected hole on the court—and in the battleground over what kind of country America should be in the 21st century.

Just as in the novel.

Before the day was out—even before the eulogies began—the political machinery of Washington began to move. Senators and interest groups weighed in about who the president should pick. They even battled over who had the right to decide.

Just as in the novel.

I had finished the novel, Shining City, nearly a year earlier, and Ecco had bought it October 2015, four months before Antonin Scalia died at a hunting ranch in Texas. Shining City was my first foray into fiction, after many years working as a journalist and writing seven books of non-fiction. The novel was my escape from the world of real news, a chance to lose myself in my imagination. But the real world was now encroaching on my make-believe Washington. And it was eerie.

Shining City is a political thriller about the hidden world of Washington fixers, interest groups, money and pressure. I wanted to show just how polarized and dysfunctional Washington had become, and why, even beyond what most people read in the newspaper. Supreme Court openings seemed like the perfect backdrop. For nothing in politics today, I thought, had drifted further away from what the founders had intended or had become a more cynical or more theatrical farce than the confirmation process for the highest court in the land.

But over the last year I’ve repeatedly watched as scenarios appeared in the news that I had imagined as fiction, as characters who bore uncomfortable resemblance to ones I‘d invented pushed the action and scenes like those I had made up played out in a ghostly form in reality.

In Shining City, political interest groups seize the nomination process for their own purposes, which have more to do with fundraising and activating the political base than the merits of who sits on the court. Judgeships are opportunities, the leader of a fictional organization called Americans for Freedom says. You either win those opportunities or you squander them. There is no middle ground.

In real life, the GOP made a bet that blocking Merrick Garland’s nomination—and leaving the court divided—would rally the base in an election year, even if it also risked a more liberal Justice being seated later. They won their bet, and unexpectedly won the court seat, too.

In my novel, there is also covert espionage—moles secretly placed in rival interest who leak information back to their hidden sponsors. The idea was inspired by stories I’d heard for years but knew I could never pin down in non-fiction. Then this summer, as emails of the Democratic National Committee and even personal emails from Clinton aides began to be released by Wikileaks, about everything from risotto recipes to trivial tactical debates, the idea of human espionage in Washington politics seemed tame.

In Shining City, a towering intellectual judge named Roland Madison is trained by his handlers and by the White House how to avoid candidly answering questions; he’s trained instead to tell personal stories about his life, but hide his intellectual curiosity about the law. That is the only way to be confirmed, he is told.

This process played out last year even more cynically than the fictional version. Merrick Garland, who had prepared much of his career with an eye to the Court, was not allowed even a hearing, let alone a vote. No questions were asked. No answers were required, however practiced they might be. Garland became a pawn in a game whose rules had changed just as he sat down to play.

Now Judge Neil Gorsuch, whose resume is just as sterling as Garland’s, will become a pawn, too, though probably also a Justice.

The judges who sit on the Supreme Court may agree on little, but they do agree on this: the process of picking and confirming the court is broken.

The founders intended the selection of Supreme Court Justices to be far less political than it has become. They foresaw Presidents picking moderate voices, people whose only power was their judgment, not their ideology.

They advised against picking people who were too closely aligned with any political factions.

That is why they devised a system of advise and consent. If the President had to select someone that the Senate had to approve, it would pull him toward moderate and less political voices.

That itself now reads like a kind of fiction.

I’ve been a journalist and media critic in Washington for more than 30 years, and it is popular these days to think the politics of the moment began with the rise of Donald Trump. That, however, is a kind of amnesia. The scorched-earth tactics that now define our politics—including how we approach selecting and confirming the justices for the high court—began long before last year.

Yet even after creating a fictional judge and an imaginary Supreme Court nomination fight, I never imagined that a Senate Majority Leader would stonewall a sitting president for ten months and not even give a nominee a hearing.

Revenge politics begets only more revenge. And here we are.

Now, as I write the sequel to Shining City, I wonder if instead of warnings in our political fiction we can find hope.

Tom Rosenstiel, the executive director of the American Press Institute, is the author of Shining City, a political thriller about a Supreme Court nomination fight published by Ecco this month. 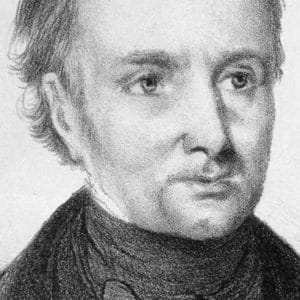