30 Books in 30 Days: Against Everything

In the 30 Books in 30 Days series leading up to the March 16 announcement of the 2016 National Book Critics Circle award winners, NBCC board members review the thirty finalists. Today, NBCC board member Bethanne Patrick offers an appreciation of criticism finalist Mark Greif’s Against Everything: Essays (Pantheon).

Mark Greif, with his PhD from Yale and professorship at The New School, probably read Molière decades ago—and probably has a cynical take on that Gallic author. But it is impossible to read Greif’s learned and witty collection Against Everything without at least a brief thought for the man whose protagonist in “The Misanthrope” criticizes, well, everything. But while Molière’s Alceste winds up retiring from society in a fit of pique, Greif complains, analyzes, and pokes fun at the world he continues to inhabit.

The pieces in Greif’s book derive from his work at n+1, a literary magazine he helped found and thus, it’s been very much of his generation and worldview.

“Against Exercise” will warm the heart of any book-smart boys and girls who hated gym class and its ridiculous apparati (why did we play “crab soccer” on those strange little wooden rolling boards?), but it also includes truly smart observations about how our culture looks at bodies. Our way of working out “makes you acknowledge the machine operating inside yourself,” he writes.

What makes Against Everything work is that Greif is worried about the soul of that machine inside our bodies. As his cranky, contrarian, and quite funny essays roll on, we find out he’s concerned about infantilization of sex, teaching himself to rap, hating hipsters (he had me at “Hipster Primitive”), and the self-referential nature of Walden Pond. He references Emerson, Flaubert, Epicurus—but he also references the Kardashians, PowerBars, the Grateful Dead, and Occupy Wall Street. Greif might pontificate as if he wishes everything would stay the same, but he writes as if he knows it can’t. The combination, reminiscent of S.J. Perelman, is irresistible: The thinking person’s catnip.

Greif has partaken of that catnip. As he worries and wonders about what makes us tick, what makes him tick is his skin in the game. He knows what it’s like to pump iron at the gym, to be nostalgic for a local historic site, to fail (and fail better) at a new skill. His essay on Radiohead might even be a case of the latter, but who cares? As Greif has said of his endeavor: “Why not start at the point where you thought you could learn something, and see how far you could go?” He’s not ashamed to be aiming for philosophical inquiry, to believe that the smallest actions—how we eat, how we move, how we listen to music—might contribute to our communal endeavors.

Many reviews have ignored two of the essays later in the collection, one on “heroes without a war” and another about the role of police in a civilized society, and that’s a shame: These pieces demonstrate where Greif might go as a thought leader, especially if he chooses to narrow his focus from “everything” to something he’s passionate about. He argues against military historians’ views as war being the same at all times and in all places: “These commentators remember the past, but they paper over the strangeness of today.” He speaks of Mogadishu and Iraq concretely, and then progresses to real philosophy, pondering the nature of “resolution” in the face of warfare that is increasingly one-sided—and increasingly not talked about. When Greif calls for a societal discussion of what war means and what war costs, he is at his most sober and also his most persuasive. His observations on how and why police were never part of democracy when conceived—and what the lowly donut contributes to the acceptance of police as part of our democracy—will send a chill down anyone’s back.

Sometimes an author aims for philosophical inquiry and winds up writing cultural criticism. That’s more than fine; that’s entertainment, and what could be more American? Nadia Suleiman, the infamous “Octomom,” “clearly belongs to the tradition of great American wrecks.” In discussing the concept of experience, Greif notes that “You are like the traveler, back from any trip, who has to ask ‘Why didn’t I take more pictures?’” In a way, these essays are Greif’s photo album, a compendium of his many stops along the way in a journey through our culture’s mores and manners. Thankfully, Greif’s journey is nowhere near its end.

When Your New York Apartment Has a Secret Literary Past 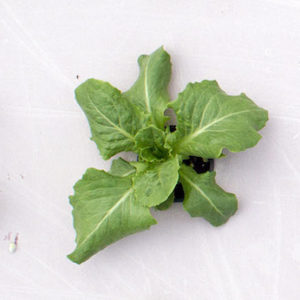 In the 30 Books in 30 Days series  leading up to the March 16 announcement of the 2016 National Book Critics Circle award...
© LitHub
Back to top