In the 30 Books in 30 Days series  leading up to the March 16 announcement of the 2016 National Book Critics Circle award winners, NBCC board members review the thirty finalists. Today, NBCC board member Michele Filgate offers an appreciation of autobiography finalist Hope Jahren’s Lab Girl (Alfred A. Knopf).

“Each beginning is the end of a waiting,” Hope Jahren writes in Lab Girl, her eloquent memoir about her life as a geobiologist. “We are each given exactly one chance to be. Each of us is both impossible and inevitable. Every replete tree was first a seed that waited.”

Who knew that trees and humans have so much in common? The relationship between humans and plants is something Jahren spends most of her time thinking about. A three-time Fulbright Award-winner, she’s a tenured professor at the University of Hawai’i at Mañoa in Honolulu.

Her fascination with science began as a child growing up in Minnesota. Jahren’s father worked as a professor at a community college, and she spent many nights playing in his laboratory. “I chose science because science gave me what I needed—a home as defined in the most literal sense: a safe place to be.” Even if it’s a safe space, it hasn’t always been a welcoming one. As a female scientist, Jahren has dealt with plenty of sexism and bias from colleagues. But that hasn’t stopped her from pursuing what she is most passionate about, and the result of this experiment is a life enriched by a supportive husband, a son, and her eccentric and lovable lab partner, Bill.

Bill is a bit of an odd duck. In the early stages of their careers, he moves into a Volkswagen Vanagon and eventually the lab itself, where he works long hours and keeps frozen dinners in the freezers meant for biological samples. Finding funding for new scientists is more than tricky, and he has to make do on barely any money. Jahren writes concisely about how resilient people can be when they really want something. The lab partners endure car crashes, failed experiments, and the author’s bipolar disorder, but through it all, they remain incredibly close.

Jahren interweaves her own narrative with beautiful meditations on botany, showing how plants aren’t that different from human beings.

“It takes a long time to turn into what you’re supposed to be,” Jahren says to her son toward the end of the book. Lab Girl is about that beautiful, flawed journey from seed to tree.

Michele Filgate is the VP/Awards for the National Book Critics Circle and a contributing editor at Literary Hub.

30 Books in 30 Days: Against Everything 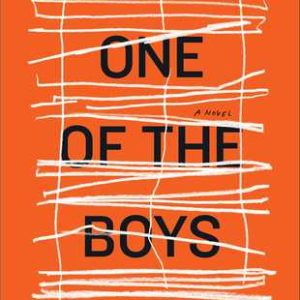 My father was swerving around cars, speeding, honking. I rested my head on the strap of the seat belt, tried to ignore how fast...
© LitHub
Back to top