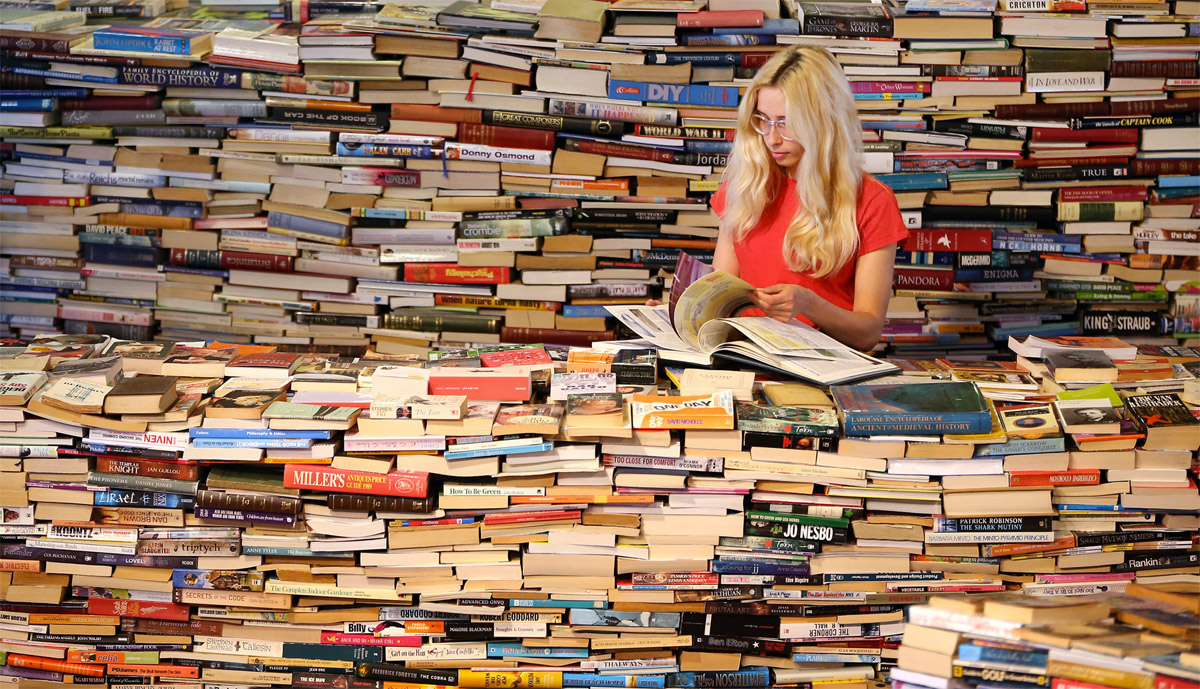 A Highly Subjective and Idiosyncratic List Created Upon Moving House

Having recently moved into a new apartment, I have been presented with one of the great toils, but also great joys, of relocation: moving all my goddamn books. It’s a chore, to be certain, one so notoriously laborious it leads many bibliophiles to shed large portions of their libraries in the interest of avoiding the worst of it. But screw that, I say! I will cart these stupid things with me every place I live, and what’s more, my labor continually increases, as I now receive books in the mail on a daily basis from publishers, editors and even the writers themselves, and I still purchase books (mostly used, which pretty much translates to bulk). But I don’t care. The weight is worth the lifting.

But even for those who loathe the process of moving a library, once the boxes are firmly stacked in the new digs, you get to create a whole new one, and this is the great joy I referred to. Most literary types acquire so many new books that whatever system they’d installed in their old place inevitably breaks down and becomes overrun with precarious stacks of the dreaded unshelved. In a new home, though, we get to start afresh, create a new system. It can be tedious and tempestuous but it’s ultimately cathartic. At least for me, I mean, shit, I don’t know you.

Anyway, so I spent my Superbowl Sunday organizing the most important section of any critic’s collection: literary criticism and biography. Not only is this my favorite shit to read, but I also refer to them so often that they’re also the most practically necessary. After I finished, I posted a photo of the beautifully and temporarily full shelves (I’ve already pulled like six books off that I’m using for current pieces) on Twitter, and someone asked me if I had any particular favorites. I wasn’t at home when I got the tweet, so to even consider responding at the time was unthinkable. I pondered for a few seconds  before immediately becoming overwhelmed. When I returned later and stared at the shelves, it occurred to me that I’ve been asked this question quite a few times. Perhaps this is because as a self-identifying literary critic there isn’t much else for people to ask me—this field doesn’t exactly make for the most riveting party talk. But whatever the reason, I thought I’d put together a list of the criticism that I most admire and to which I repeatedly refer. This is, of course, an extremely limited list, taken exclusively from books I own. Also for the sake of my sanity, I excluded all single-subject biographies and criticism on film or music; only fiction, poetry, and drama. Memoirs counted only if they directly involve other writers and/or the literary landscape of the era. It is in no way meant to be a list of the world’s indispensible literary criticism, only my own, and only so far.

So to that guy on Twitter, and to those who’ve asked me before, here is my belated reply.

(NB: list is in alphabetical order by author, or subject for biographies, except for two anthologies at the start of the list, which are alphabetical by title.)

(also NB: this shit was hard. I initially wanted to do 50 but my first list stretched to nearly 175 titles. These 102 are, believe it or not, a compromise.)

The Possessed: Adventures with Russian Books and the People Who Read Them, Elif Batuman

Kafka Was the Rage: A Greenwich Village Memoir, Anatole Broyard

Maps & Legends: Reading and Writing Along the Borderlands, Michael Chabon

The Lifespan of a Fact, John D’Agata & Jim Fingal

Out of Sheer Rage: Wrestling with D.H. Lawrence, Geoff Dyer

Figures of Dissent: Critical Essays on Fish, Spivak, Zizek and Others, Terry Eagleton

Partial Payments: Essays on Writers and Their Lives, Joseph Epstein

How to Be Alone: Essays, Jonathan Franzen

How to Read a Novelist, John Freeman

The Swerve: How the World Became Modern, Stephen Greenblatt

Will in the World: How Shakespeare Became Shakespeare, Stephen Greenblatt

Ten Years in the Tub: A Decade of Soaking in Great Books, Nick Hornby

On Writing: A Memoir of the Craft, Stephen King

The Wave in the Mind: Talks and Essays on the Writer, the Reader, and the Imagination, Ursula K. Le Guin

Why I Read: The Serious Pleasure of Books, Wendy Lesser

Ideas and the Novel, Mary McCarthy

What We See When We Read, Peter Mendelsund

Playing in the Dark: Whiteness and the Literary Imagination, Toni Morrison

Reading Lolita in Tehran: A Memoir in Books, Azar Nafisi

Where I’ve Been, and Where I’m Going: Essays, Reviews, and Prose, Joyce Carol Oates

A Collection of Essays, George Orwell

Where I’m Reading From: The Changing World of Books, Tim Parks

The Sense of Style: The Thinking Person’s Guide to Writing in the 21st Century, Stephen Pinker

Reading Like a Writer: A Guide for People Who Love Books and For Those Who Want to Write Them, Francine Prose

Roth Unbound: A Writer and His Books, Claudia Roth Pierpont

Reading Myself and Others, Philip Roth

“What Is Literature?” and Other Essays, Jean-Paul Sartre

The Novel: A Biography, Michael Schmidt

Still Writing: The Perils and Pleasures of a Creative Life, Dani Shapiro

A Jury of Her Peers: American Women Writers from Anne Bradstreet to Annie Proulx, Elaine Showalter

13 Ways of Looking at the Novel, Jane Smiley

Against Interpretation: And Other Essays, Susan Sontag

Regarding the Pain of Others, Susan Sontag

Lives of the Novelists: A History of Fiction in 294 Lives, John Sutherland

New Ways to Kill Your Mother: Writers and Their Families, Colm Tóibín

The Ocean, the Bird, and the Scholar: Essays on Poets and Poetry, Helen Vendler

Both Flesh and Not: Essays, David Foster Wallace

Consider the Lobster and Other Essays, David Foster Wallace

The Eye of the Story: Selected Essays and Reviews, Eudora Welty

Axel’s Castle: A Study of the Imaginative Literature of 1870-1930, Edmund Wilson

A Room of One’s Own, Virginia Woolf

The Poet, the Lion, Talking Pictures, El Farolito, a Wedding in St. Roch, the Big Box Store, the Warp in the Mirror, Spring, Midnights, Fire & All, C.D. Wright 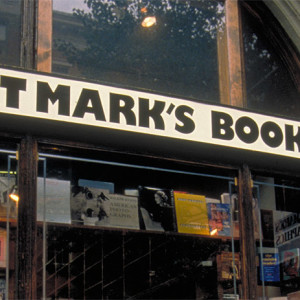