Happy Friday. We made it. It’s the end of the longest week of the longest year, and here’s a really cool looking cover for Anthony Veasna So’s forthcoming debut short story collection, Afterparties. 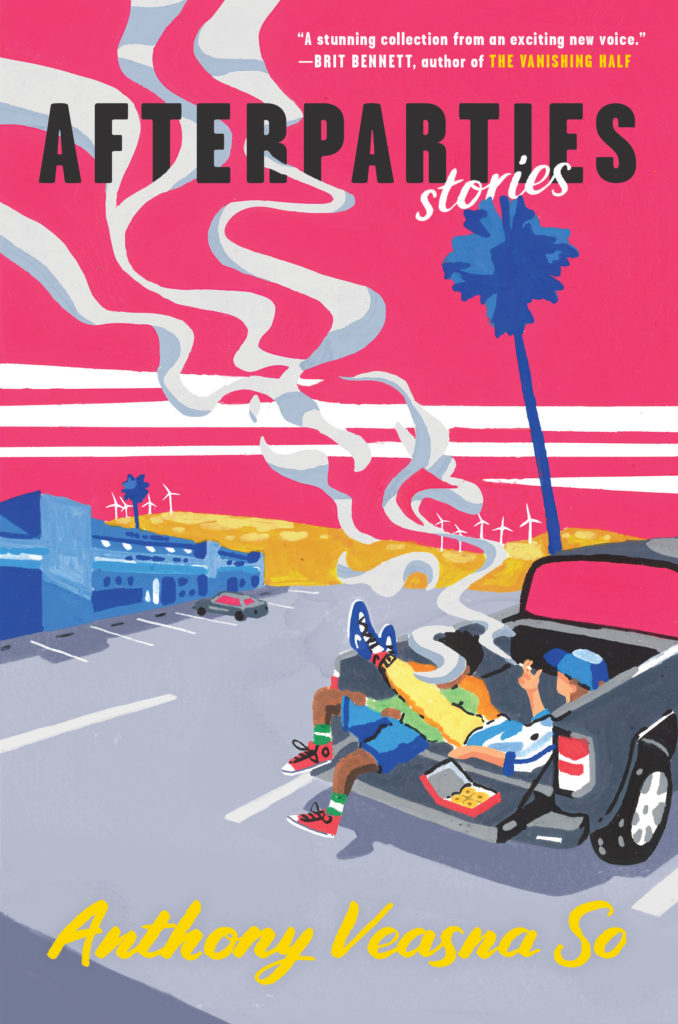 Blurbed by Bryan Washington, George Saunders, and Mary Karr, So’s collection about Cambodian-American life has been called “immersive and comic, yet unsparing . . . the arrival of an indisputable new talent in American fiction.”

As the children of refugees carve out radical new paths for themselves in California, they shoulder the inherited weight of the Khmer Rouge genocide and grapple with the complexities of race, sexuality, friendship, and family. A high school badminton coach and failing grocery store owner tries to relive his glory days by beating a rising star teenage player. Two drunken brothers attend a wedding afterparty and hatch a plan to expose their shady uncle’s snubbing of the bride and groom. A queer love affair sparks between an older tech entrepreneur trying to launch a “safe space” app and a disillusioned young teacher obsessed with Moby-Dick. And in the sweeping final story, a nine-year-old child learns that his mother survived a racist school shooter.

You might remember So’s story, “Three Women of Chuck’s Donuts,” which was published in the New Yorker in the beforetimes (February 2020). But we’ll have to wait until August for Afterparties (Ecco).