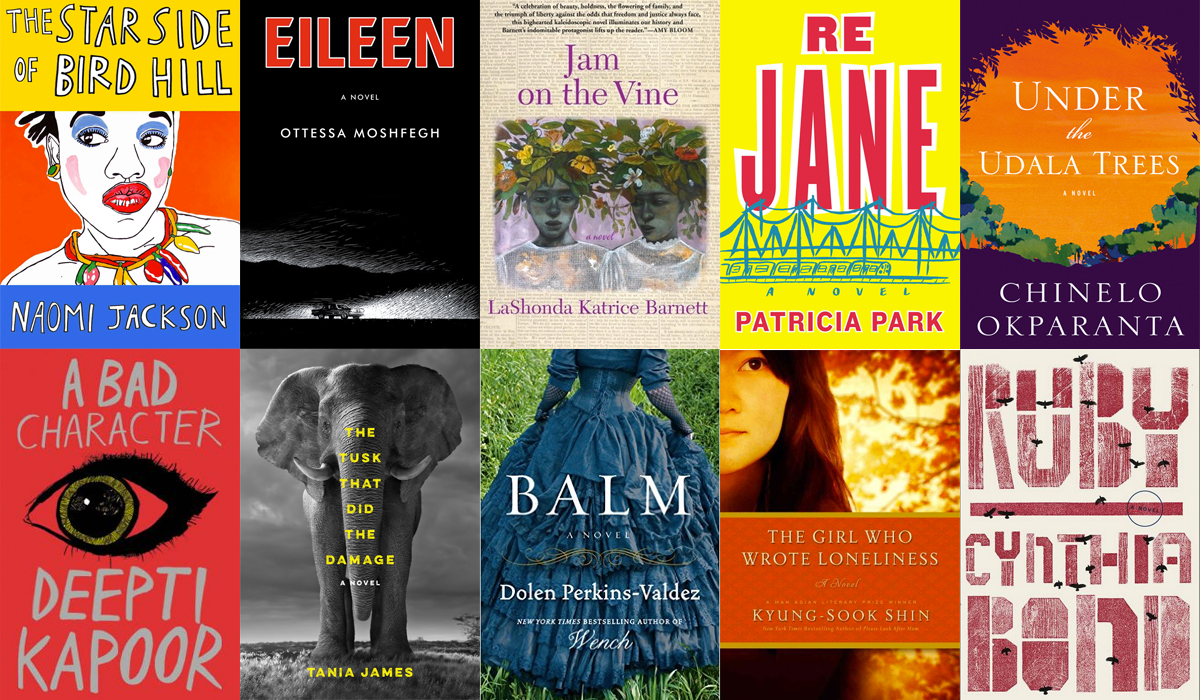 The Books We Should Be Reading

Recently I wrote this list, and many of you shared it. Thank you.

At least one commenter asked why there weren’t any women of color on that list, and I responded by saying the books I’d read this year by women of color were pretty well reviewed and noticed. However, on second look—and this is why we should always, always take a second look—I realized I’d read more than a dozen novels by women of color that were not given the attention I think they deserve.

Again, these are my picks, and therefore in no way definitive. They are here to help us all take that second look, and perhaps to enrich your own TBR pile. They are also in no particular order… It would be wonderful to hear about other titles by women of color in the comments.

The Star Side of Bird Hill, Naomi Jackson

A favorite 2015 debut, this true-to-life tale of two sisters (Phaedra, 10, and Dionne, 16) sent from their Brooklyn home to spend the summer in a tiny Barbados community with their grandmother Hyacinth crackles with tension, love, and lyricism. The trials and travails of these characters are universal: growth, loneliness, devotion… Writers like Jackson give me hope that one day there will be no need for “diverse” books, because books and their authors will come from every race, ethnicity, religion, nation, culture, orientation, and degree of challenge, and all will be judged by literary standards that include the same.

The creepiest novel I read this year, and one of the most surprising. I have long read and loved literary inversions (Wide Sargasso Sea, Mr. Timothy, e.g.), but this is no one’s story save Eileen’s; the inversion is in the perspective. Eileen tells you herself that she’s basically a nobody, an unremarkable young woman who lives in abject squalor (for once, that stock phrase is wholly correct) with her late-stage alcoholic father. When she falls in with an odd woman named Rebecca, Eileen becomes a character in a horrible revenge plot that Rebecca has meticulously staged for the supposed salvation of a boy in the juvie where they work.

The basics: Ivoe Williams, born to a Muslim cook and an African-American metalsmith, flees the post-Civil War Jim Crow South for Kansas City’s more liberal environs in 1919, and winds up opening a printing press. As many reviews have noted, there’s more than a little of Ida B. Wells spirit in the character of Ivoe, but Barnett makes her protagonist live and breathe a life of her own as Ivoe, her business partner (and former lover) Ona navigate the terrifying “Red Summer” of lynchings, beatings, lies, and riots and ultimately learn that the power of journalism lies not in words on a page but in spirits empowered by the truth.

I said something earlier about literary inversions; this isn’t precisely an inversion, but a retelling, of Jane Eyre—however, I didn’t even care about seeing how the puzzle pieces lined up between the two novels because Park’s first novel has such a wonderfully adolescent tone and immediacy. Jane Re is a half-Korean, half-“American” orphan whose Queens-based Korean-grocery-owning relatives treat her with a combination of indifference and authoritarianism. When she gets the chance to work as an au pair for a bohemian couple in Brooklyn, she leaps at it, only to falter and find herself in Seoul—where she just might find her (sorry) soul.

Under the Udala Trees, Chinelo Okparanta

She had me at “inspired by Nigeria’s folktales…”, but I stayed for a story that should be told far more often than it is: That of a same-sex couple (two girls, in this case) who fall in love very young and keep their bond through the ravages of war, cultural ignorance, time, and fate. Ijeoma and Amina are born into a 1960s world of conflict, and while the decades may change, the conflicts continue, especially for the couple themselves. As Ijeoma tells us, “If I had not met Amina, who knows, maybe there would be no story to tell.” That’s the simple but deep truth at the heart of every love story, especially a love story between two girls whose skin happens to be dark.

Some of the novels on this list are imperfect. You might say “That’s why they were overlooked.” I say: “Who determined the imperfections?” More of us are asking this, now, and so when I think of some of the weaker parts of Kapoor’s bleakly compelling love-and-murder potboiler set in Delhi, they are swept away by some of the stronger parts, descriptions and phrases I’ve never seen before from a woman, about open cremations, human body parts, and a coupling so sordid that narrator Idha can compare religious cannibalization to “the last face” of her drug-dealing boyfriend.

The Tusk That Did the Damage, Tania James

Who has the nerve to write fiction from an aggrieved elephant’s perspective? Tania James does. Her character “The Gravedigger” requires human context to tell his full story, hence the chapters narrated by a young woman filmmaker and a male big-game poacher, but that first chapter with the elephant’s early memories: “The bark of small saplings, the salt licks, the duckweed, the tang of river water, opening and closing around his feet…” Here is a novel huge in compassion, but even larger in imagination, without the slightest whiff of sentimentality or softheadedness about wildlife, or the wild choices that humans make under pressure.

I hope you’ve already finished Shin’s Please Look After Mom, an intimate tale of eldercare that nonetheless manages to be a sort of caveat to Gen X-ers everywhere. Shin’s new novel has a firm and sorrowful grounding in real life: An unnamed novelist, the narrator, receives a call from a long-ago friend who says “You don’t write about us…” Small wonder, because the “us” referred to is a group of far-too-young women, teenagers, consigned to work in 1970s-era, dictator-led, Korean assembly lines. Kyung-sook Shin, now a “real” novelist, was once a “real” factory girl, with a terrible story to tell—but at least a future to watch.

You might believe that a book’s being chosen for Oprah’s Book Club means it hasn’t been overlooked—but I’m not seeing Ruby anywhere near the prize or best-of lists, and I don’t understand why. Yes, the plot is heavy with melodrama (the eponymous protagonist is a redheaded “white” woman who leaves New York City for her Southern roots and finds a world of hurt there), but so are many other authors’ works (Janet Fitch, I’m looking at you). I wonder if some of the Oprah fans, weaned on realism, are having a tough time with Bond’s foray into magical realism to tell the tale of Ruby and her church-affiliated, Satan-fearing fate.

The first novel by this DC-based, GWU-faculty author was Wench, and it got some good attention (although never enough, I say), but the follow-on, Balm, hasn’t seemed to reach its full audience. Characters Madge, Sadie, and Hemp are back and in the northern city of Chicago, post-Civil War and truly free. But freedom comes with its own set of challenges, and combined with the sorrows these three former slaves already carry, it may prove too much. One of Perkins-Valdez’s finest skills is her understanding of how the war affected characters of all races, from both sides of the Mason-Dixon line; in “a nation of death,” there may be salvation. For some. 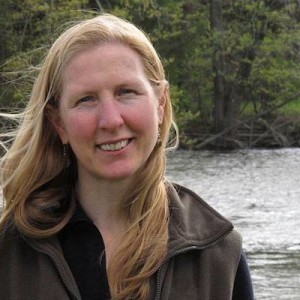 The following appears in the current issue of Rain Taxi. Bonnie Jo Campbell lives on a swamp, amid mosquitoes and spiders....
© LitHub
Back to top
Loading Comments...