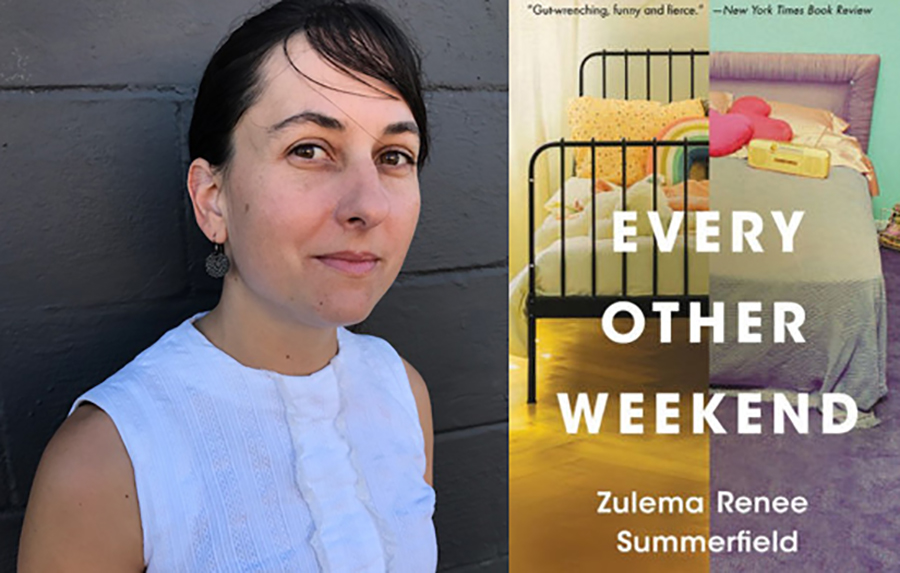 Zulema Renee Summerfield is the guest. Her debut novel, Every Other Weekend, is available in trade paperback from Back Bay Books. Summerfield holds an MFA in Creative Writing from San Francisco State University, and her work has appeared in a number of literary journals. She is also the author of a book of flash fiction, Everything Faces All Ways At Once (Fourteen Hills Press).

In addition to her writing, Summerfield is an educator and creative coach and is one half of Thoughts & Feelings. She lives in Portland, Oregon, where she is at work on a collection of short stories and a new novel.

Zulema Renee Summerfield: I knew from the get-go that I wanted to end the novel with the fall of the Berlin Wall, which for me was really significant. I was a kid, but I remember it happening and was deeply moved by it. I had no idea what was happening, but I was watching it on the news and being moved by these people rising up for their freedom. I didn’t understand at all the context, but I knew that it was powerful.

Brad Listi: You had a sense of history.

Summerfield: Defining that as a child, I felt the momentousness of it as a kid. However, that happened before the actions of the novel, so I had to move things around historically. When the pivotal event happens in the novel, the main character is nine in the book, I was twelve. There is that kind of moving around.

The pivotal event happens in the novel and the main character and her two blood siblings move to the father’s house from the mother’s house. We didn’t do that. We weren’t lifted out of mom’s house. However, I made that decision for a reason because emotionally it resonated with that rift, and I wanted the book to take place in two houses. Those were decisions I made on a fiction level, since those things didn’t happen in real life. Those kind of choices that you make at some point in the writing, even if you are drawing from your own life, and I tend to write about my own life all the time. It’s how I work.

Listi: I’m amazed by people who can do otherwise.

Summerfield: [laughs] I don’t know. It has to be an ego thing but also for me personally I am often very overwhelmed and confused by the experience of just being. Mining my own interactions, both with myself and people in the world, is to better understand those things.

Listi: I couldn’t agree more. You can make an argument about ego, but there is something selfless about being willing to excavate one’s own experience.

Summerfield:And how you can touch the universal with the very personal.

“Midnight Train to Georgia”
A Poem by Nathalie Handal 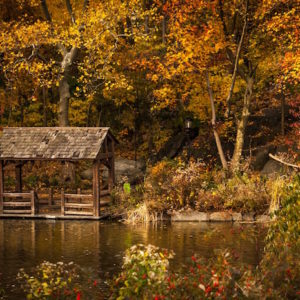 “Midnight Train to Georgia”
A Poem by Nathalie Handal

My cousin the Army Captain didn’t say much, then one day he wrote to her: Didn’t I adore you harder than silence? Didn’t...
© LitHub
Back to top