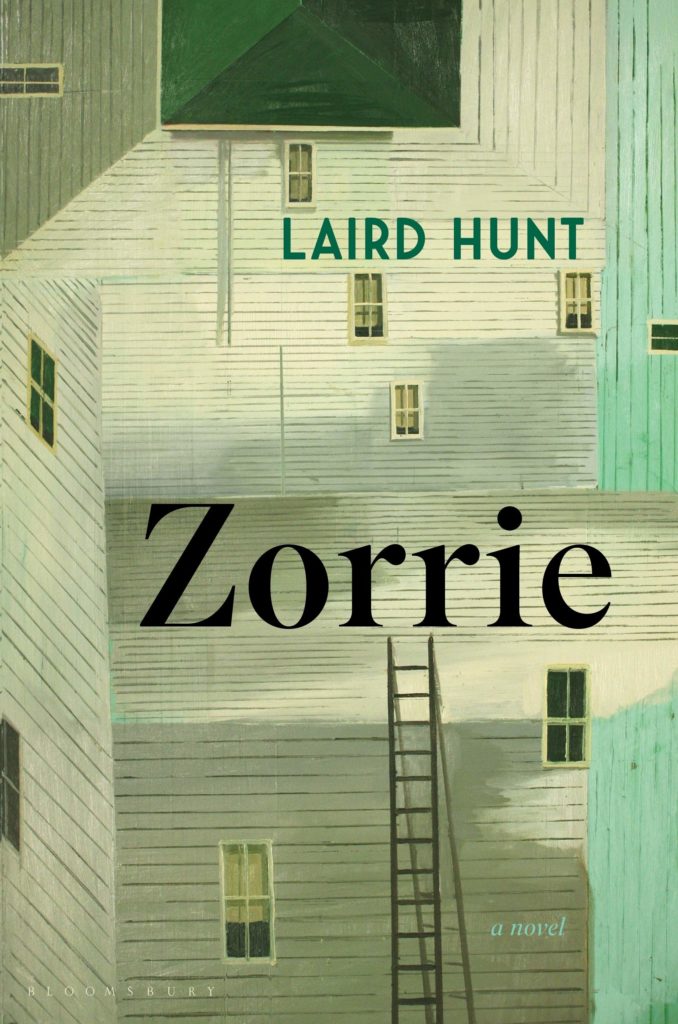 The following is excerpted from Laird Hunt's latest novel, Zorrie, about dreams that propel one tenacious woman onward and the losses that she cannot outrun. Hunt is the author of eight novels, a collection of stories, and two book-length translations from the French. He has been a finalist for the PEN/Faulkner Award for Fiction and won the Anisfield-Wolf Award for Fiction and the Grand Prix de Littérature Américaine, among other honors. He lives in Providence.

Zorrie Underwood had been known throughout the county as a hard worker for more than fifty years, so it troubled her when finally the hoe started slipping from her hands, the paring knife from her fingers, the breath in shallow bursts from her lungs, and, smack dab in the middle of the day, she had to lie down. At first she carried out this previously unthinkable obligation on the worn leather of the daybed in the front room, with her jaw set, hands pressed tight against her sides, staring up at the end of a long crack that ran the length of the ceiling, or at the flecks of blue light thrown onto the legs of the dining room table by the stained-glass jay that hung in the south window. When after several minutes of this she felt her breath slowing and the blood flowing back out through her veins, she would ease herself up, shake her head, and resume whatever activity had been interrupted. Once, though, after she had slipped in the garden and landed in a tangle of rhubarb, she lay down on the daybed and fell into a deep, dreamless sleep that wasn’t interrupted until, late in the evening, the cat began mewling and scratching at the side door. It took her a long time to come fully into consciousness, and as she lay there, vaguely urging her eyelids to open, aware that she was not quite awake, it seemed to her she had never felt so comfortable, so careless, so at ease. She set a feather pillow on the daybed and pulled a light wool blanket out of the upstairs closet. She began to intersperse her work in the garden and yard with regularly scheduled naps. She would lie on her side with her back to the room and look at the deep white of the wall. She would be unaware that her eyes had closed. She would sleep. Every now and again her conscience would chase her up off the daybed and back into her weedy rows or fruit-filled trees, but mostly during the time she had allotted, and sometimes past it, she just gazed at the wall or slept. One morning, well before it was time to lie down, she looked over at the pillow and blanket and soft leather and realized, with a shudder that seemed to chill and warm her both, that she was filled with longing.

She had never liked to dream. After diphtheria took first her mother and then her father, she was raised by an elderly aunt who told her that people were born dreaming of devils and dark roses and should beware. This aunt, whom her dying father had only called on reluctantly, for she had drunk too deeply from the cup of bitterness after a badly failed marriage, shook and scolded Zorrie vigorously when, as happened frequently during the first months, she woke up crying. If she woke up screaming, she received a slap. Sometimes she received a slap anyway. Either because of what she was leaving behind in the dizzying hallways of her head or what she was waking to, Zorrie came to harbor what proved a lifelong distrust of the deep hours, as her aunt referred to them, when the mind played tricks on itself.

Days were different. Zorrie ran, she skipped, she won a prize at school for turning the best cartwheel. She and the other children played with hoops and balls in the yard. No one could climb a tree as quickly as she could, and there were only two boys in the school who could beat her at arm wrestling. The teacher, Mr. Thomas, would take them on long walks through the woods and across the fields. Often on these expeditions they were asked to collect interesting objects. Zorrie would run back and forth like a dog working a field, her quick hands flashing down to the ground and up again. Heart pounding, she would bring her discoveries to Mr. Thomas for inspection. He would lift each leaf or mushroom or insect close to his face or up to the light or under his magnifying glass and, with Zorrie leaning over his shoulder, or even holding the magnifying glass herself, murmur, “Yes. Very interesting. This is a good specimen, Zorrie. Well done.”

When it rained, Zorrie sat at her desk and, brow furrowed, labored over her slate while the other children played checkers and spun tops and jumped around the room. She liked the musty smell of the books and the feel of chalk residue on her fingers and couldn’t be convinced that the inside of the schoolhouse was meant for anything but learning. She loved the songs Mr. Thomas taught them and the stories he told about battles fought long ago. She didn’t learn to read as quickly as some of the others, but when she did, she rarely made a mistake. From the start, her mind moved quickly through figures and made light work of anything to do with geography. In fact, she knew the capitals of the forty-eight states and the names of all the South American countries before several of the older children and, after whispering the names of the major European cities to herself over and over again before she fell asleep each night, received the highest marks of the school on a year-end geography exam.

If Zorrie was at home, which is where she was to be found on school days after her fifteenth birthday, she helped with the goat or the garden or the chickens or the cooking or the sewing her aunt took in. Though her ruined marriage had left her at best ambivalent about the faith of her former husband, her aunt never set aside a Lutheran’s belief in the redemptive power of work, and something like a gleam, a little bit of breath on a little bit of near-burned-out coal, would enter the old woman’s eye whenever Zorrie would finish a job quickly and start another one. At moments like those, her habitually pinched lips might part and a few words emerge. Sometimes it was about a plan she had once had to open a flower shop in nearby Frankfort, a nice place with peonies or lilies in the window and a chair or two on which her tired customers might sit a moment on a hot day. She would talk too about a trip she had taken before her marriage, to Bedford, where she had spent hours in a fabric store running her hands over bolt after bolt of crinoline and serge and silk. Every once in a great while her aunt would sing softly in a voice that was thin but true, songs that tended in the main toward melancholy, like the one about a man who each day put on his suit, cut a single flower from his garden, and carried it five miles along a dusty railroad track to the house of the woman he loved. Sometimes in the song he did this until the woman agreed to marry him, and others he did it until one or the other of them had died.

As their shovels scraped or their needles flew, her aunt might, on exceptionally rare occasions, offer some comment about Zorrie’s parents. A blue dragonfly had once landed on her mother’s finger at a church supper and made her shriek. She had loved blackberries and angel food cake and had had an uncommonly loud laugh. Her father had been good at horseshoes, bad at plowing, and given more easily than was seemly to tears. Zorrie worked, on those days when her aunt’s lips parted and she spoke or sang, until her fingers ached and her eyes blurred in hopes that it might continue. She worked until it felt like there was a knife blade jabbing at the muscles around her neck. She worked until she had started making mistakes and then stopped, took a deep breath, and picked up where she had left off. Once, on one of those long days, when she had finished hemming a skirt and had reached for another, her aunt called her a good girl. Zorrie waited for years but never heard it again.

Here's the cover of Jonathan Franzen's next novel. 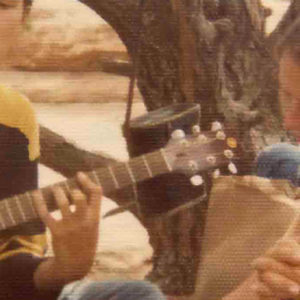 Here's the cover of Jonathan Franzen's next novel. On October 5, this timeline will be blessed/cursed by Jonathan Franzen’s first novel since 2015: Crossroads, or, if you’re...
© LitHub
Back to top