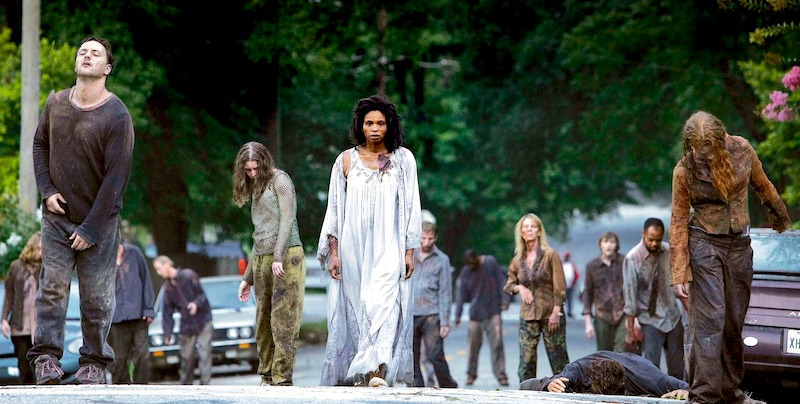 A Poem by Lillian-Yvonne Bertram

The zombies are sponsored by the shadow government
run by the military but we do not find this out until
after the resistance is formed. The resistance is formed
after millions of people—even Americans—have been
killed into zombies. They zombie walk the streets in the
clothes Americans wear, but covered in dirt and salt and
fashion of past seasons.

I go alone, switching off lights as I leave. The white people
turn them back on. They wear sweaters and lip-gloss and
watch TV and pop popcorn. From tree to tree I scurry like a
beetle. The zombies do not see me. You are safe if you cannot
be seen and if the lights are off. Where did I get this baseball
bat.

Zombies move among us or we move among them and smash
their heads at convenient moments and continue down the
street for coffee, breads, and jams. They get tricky, sneak
around at night, waiting to bite you and turn you zombie. I
am surrounded by white people who will not turn off the lights
and the zombies are coming. We are trapped in a stairwell. It’s a
trap! I yell but no one can see the trap I am yelling about.

The military take control over civil operations. They take over
the White House to protect the president and his family. They
direct all communications. The army needs fighters for the
zombie war. Just like the zombies they will grab you if you are
out walking alone and enlist you by force into their ranks.

Once a week Obama and his family broadcast a radio message
to keep up national morale. Locked in the syllables and pauses
there is a code. When they say we are happy and safe, well-treated
and well-protected by our esteemed military I hear that there has
been a coup and they are prisoners in the White House. I leave
the hand-crank radio on the windowsill. I will go to the meeting
point, alone if I have to. 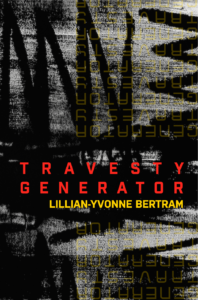 Lillian-Yvonne Bertram is an Associate Professor in the Department of English at the University of Massachusetts-Boston, where they teach in and direct the UMass Boston MFA in Creative Writing Program. They are the author of four poetry collections, including Travesty Generator, winner of the 2018 Noemi Press Poetry Prize and finalist for the National Poetry Series, and But a Storm is Blowing From Paradise, chosen by Claudia Rankine as the winner of the 2010 Benjamin Saltman Award. Bertram has published poetry, prose, and essays in numerous journals; their honors include a 2014 National Endowment for the Arts Poetry Fellowship, finalist nomination for the 2013 Hurston/Wright Legacy Award, and fellowships to the Bread Loaf Writers Conference, and Cave Canem, among others.
Share:

A Poetic Structure Built on Many Voices: Talking to Matthew Daddona

Andrew Weatherhead on the Art (and Necessity) of Writing Collage 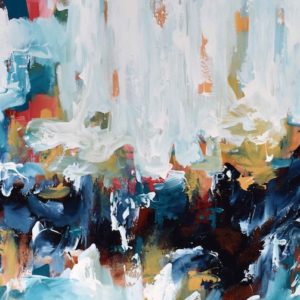