Many of the books that have made my life feel most possible as a queer, trans, Arab, and Muslim person have been works that look at queerness and transness almost from the corner of their eye. I love the novels and stories whose gaze itself is queer, in the sense that they open my mind and heart to a more expansive imagining of what the world is and can be—while also allowing their queer and trans characters to have full, three-dimensional lives that don’t revolve around tragedy, or around queerness alone.

Bishakh Som’s graphic short story collection Apsara Engine is, without a doubt, one of those books. The first time I picked it up, I finished it in a single sitting. Apsara Engine, which won the 2021 Lambda Literary Award in LGBTQ Comics, blew my mind, not only because seeing trans people of color loving each other and using their own blood to draw blueprints of fantastical cities and radical futures brought me to tears, but also because of Som’s masterful disruption of linear narrative and her lush, dreamlike illustrations.

As a novelist, my love for the novel’s form has (perhaps paradoxically) always made me curious about what becomes possible when the page is freed from the tyranny of the written word. I’ve played with the visual in both my novels: The Map of Salt and Stars features shape poems, while the protagonist’s deadname in The Thirty Names of Night is scribbled out by hand.

Som’s delicate lines and luminous watercolors, though, remind me of the incredible power of the visual. A character is pulled into the sea by a mermaid, for example, and the text continues, totally unbothered, until the character wakes up in her own bathtub, panicked and transformed. In another story, the line of a river in the map of an imaginary city, drawn in a character’s blood, becomes a portal that pulls two South Asian trans people into a (possible? alternate? future?) reality in which they dance, meditate, feast, and come to know each other all over again. Reading Apsara Engine, I not only felt my life was possible but also beautiful, expansive, tender, and worthy of a sweeping narrative that crosses generations, continents, and even reality itself.

Like some of my other favorite books with trans protagonists of color—books like Jia Qing Wilson-Yang’s Small Beauty, Tom Cho’s Look Who’s Morphing, or Tanaïs’s Bright Lines—Apsara Engine is not only a trans collection because its author is trans or because it talks about trans themes, but also because the stories in this collection are grounded in an understanding that the world is something we create, something we build with and for each other. I’m heartened by the ways trans creators of color remind each other that this world is already a place where the fantastic, the uncanny, and the miraculous live alongside us and, quite often, inside our very bodies.

Zeyn Joukhadar is the author of the novels The Map of Salt and Stars and The Thirty Names of Night and a member of the Radius of Arab American Writers. His work has appeared in KINK: Stories, Salon, The Paris Review, Shondaland, [PANK], Mizna, and elsewhere, and has been nominated for the Pushcart Prize and the Best of the Net. He is also the guest editor of the 2020 Queer + Trans Voices issue of Mizna and a Periplus Collective mentor. The Thirty Names of Night won the 2021 Barbara Gittings Stonewall Book Award and the 2021 Lambda Literary Award in Transgender Fiction, and was a December 2020 Indie Next Book Pick; The Map of Salt and Stars, currently being translated into twenty languages, was a 2018 Middle East Book Award winner in Youth Literature, a 2018 Goodreads Choice Awards Finalist in Historical Fiction, was shortlisted for the Wilbur Smith Adventure Writing Prize, and received starred reviews from Kirkus, Booklist, and others.

Sex, Freedom, Cruising, and Consent: A Conversation with Garth Greenwell 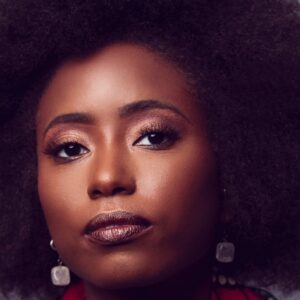 The following first appeared in Lit Hub’s The Craft of Writing newsletter—sign up here. * A few weeks ago, I found...
© LitHub
Back to top