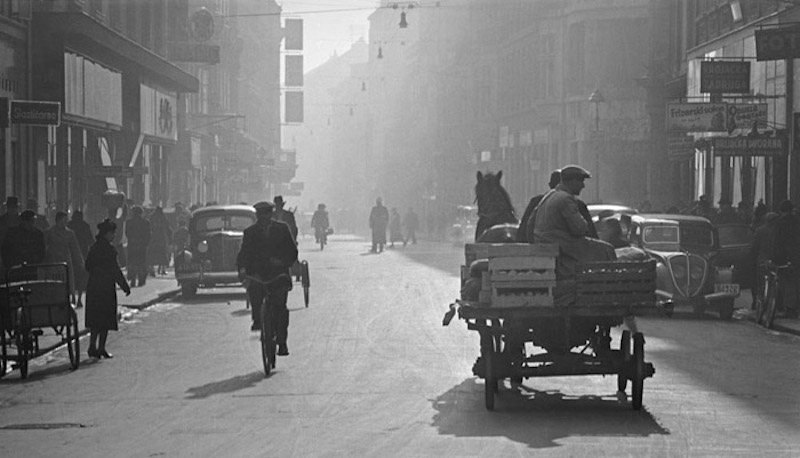 I was maybe ten years old when my grandmother took me and my cousin to the movies one afternoon. This was in the second half of the 1980s, a romantic time from today’s perspective, especially in the Croatia, or rather the Yugoslavia, of the day. Yugoslavia—comprising six republics with equal standing—fell to pieces in a bloody war that began in 1991. But a few years before, no one would have believed this communist state would ever cease to exist, begun as it was in the most tenacious anti-fascist armed movement in Europe during World War II, led by Marshal Tito. The socialist institutions had been functioning for nearly 50 years, workers and peasants had been given access to education, there were low levels of unemployment, and most families could afford a small, domestically produced car. Again, from today’s perspective, this sounds like a middle-class dream.

To conjure for you what kind of society this was: during the 45 years of the socialist system in Zagreb there was only one bank robbery! The perpetrator, never apprehended (as I recall from the stories of my childhood), acquired a magical aura—he strolled right into a branch of the most powerful Croatian bank in the middle of the day on the main Zagreb square, emptied the safe, armed with a Yugoslav-made pistol, and disappeared forever—children and, I must say, adults leaned toward fairy-tale explanations: if you were able to elude the Yugoslav police you must be a master with supernatural or, at the very least, illusionist powers. The man somehow made himself invisible—first to the passersby on the street, and then to the powerful secret service who collared most other criminals within 24 hours maximum, and only needed a few more days to bring the person to justice. Today, bank robberies in Zagreb are news that seldom capture any attention unless someone is seriously injured.

From time to time during the 1980s, films would find their way to Yugoslavia from the West, with a few years’ delay, so it is now impossible for me to pin down exactly which year it was and how old I would have been, but that doesn’t matter. What matters is that I remember almost everything: the cracked pavement on the city streets, the thousands of wads of chewing gum stuck to the sidewalk, and the hundreds of cigarette butts littering the tracks at the tram stops. The traffic cops wore silly white belts over their gray-blue shirts, the cheap restaurants served beans and sausage or fried fish that smelled foul, and through libraries wafted the fragrance of bygone times, because at that point they still hadn’t introduced air conditioners or air fresheners. Movie theaters were also places that stank a little, but there wasn’t a child who disliked them for that; everyone was eager to gaze at the big screen. Another plus for the youngest filmgoers during the socialist period was that there were no age limits in effect. Any child could see any film showing in any movie theater. They can do the same, theoretically, today, but back then there wasn’t even a thought given as to whether something might be appropriate for children. And that was the very best aspect of the system.

And so it was that our elderly grandmother, who had survived World War II and always kept an eye out for the nearest place into which she might duck in the event of a sudden bomb attack, was able to take me and my cousin, the little rug rats that we were, to see Angel Heart by Alan Parker starring Mickey Rourke and Lisa Bonet. This was a movie that a ten-year-old boy should definitely not have been watching. But I did, thanks to my grandmother who was always reading detective stories and had liked the tagline on the poster, Harry Angel has been hired to search for the truth . . . pray he doesn’t find it.

The movie shows all sorts of violence, sex, blood, racism, magic, and Satanism; in the end the devil himself appears, and, hats off to film director Parker, Satan (played by Robert de Niro) does not come across as trivial.

As we left the movie theater my cousin and I nodded just once to each other—we knew the film had aged us and everything had changed; suddenly I could see how, decades earlier, tanks had rumbled over the cracked pavement, I saw how people around me, grimacing, were spitting those wads of chewing gum onto the ground, and the cigarette butts at the tram stop were discarded by workers with wracking smokers’ coughs that signaled slow, painful deaths.

This Zagreb which suddenly laid itself out before me was the grimy little provincial town that Miroslav Krleža, the great 20th-century Croatian writer, portrayed in most of his books. A town which was relatively well connected to the rest of central Europe—the drive to Budapest isn’t long, one is in Vienna even sooner, it’s just a little farther to Munich, and you get to Trieste and Venice in no time. Because of its location, Zagreb was already at a key intersection in the Middle Ages; in the 18th century it took its place as the definitive capital of Croatia, within the Hungarian Kingdom, part of the Austrian Empire. This distinction as the capital has meant that money has poured into the Zagreb city coffers over the last 300 years. In the late 19th century the city was transformed into an appealing middle-European city with charming architecture, typical of lesser well-tended towns throughout the region.

An important dimension of Zagreb life is also its transience and inconstancy. It has never managed to hold on to anyone who wasn’t forced to stay there. In the literature you won’t find a single foreigner in love with Zagreb, because to be in love with Zagreb is more or less the same as falling for a single mother who has nine children—theoretically possible, but even the most generous groom would have to realize he would be giving much more than he’d get, and for most people this is simply off-putting. Those born in the city (you are free to imagine them as the nine children) are inured to the unscrupulous winner-takes-all gambit, the emotional blackmail that tramples everything in its path, knowing no one wants this place. It is unwanted because of the burdens it brings, its potency, its brazenness, its naked greed, its stink—in short, its love of life. In Zagreb, as became clear to me when I was stepping out of the movie theater, there is a meeting of a continental optimism and a Mediterranean relativism, and this is why the city has never found its peace. Its restlessness has enthralled me, and for years I have tried to delve into the well-spring of the vitality that gives the people who live here their boundless cynicism, arrogance, and ambition.

There are, in its restlessness, certain elusive qualities, a slippery charge that young people are best at recognizing, those who have nothing to lose, who are ignorant enough of the fragility of their existence that they are prepared to risk even their lives. An example of this was when Zagreb high school students stood up to the fascist government when it seized control of the government in 1941 after Nazi Germany occupied the Kingdom of Yugoslavia. The new government imposed racial laws and members of all undesirable ethnic groups were dispatched to killing fields and concentration camps. All high school students were summoned to Maksimir Stadium, one of the pivotal locations in several of the stories in this book, and at the end of the “sports exercises” held on one half of the pitch, all Jews and Serbs were ordered to step over onto the other half. After the summoned students began to obey the command and step over, several Croats stepped over with them and soon all the high school students joined in and crossed over to the other half of the pitch. This was a symbolic gesture of defiance to a division the fascists had thought would be easy to impose. They were wrong.

However, young people are seldom asked for their opinion, and it is even more rare that their opinion is taken into account. That day, the day we watched the movie, it became clear to me that I didn’t have much time left to get to know my city better. I hopped on my bicycle and within a month I had traversed all of Zagreb from one end to the other. This freedom I had as a young boy is yet more proof of how different life in that long-ago age under the iron socialist hand was, more peaceful in a way. My parents were not at all worried about me being out wandering for hours to the farthest corners of the city, such as the elite residential quarters on the lower slopes of the Sljeme hills that loom over Zagreb to the north, neighborhoods that had been built by bankers before World War II. I enjoyed riding through Trešnjevka in the spring when fruit trees bloomed in all the little gardens in front of the modest family shacks. And when the trees were in full leaf and green grass grew lushly around the open sewers, even the factory neighborhoods like Žitnjak and Dubrava did not seem out-of-bounds or repellent. The Sezession center of the city acquired a romantic sheen during the spring rains and it was fun spraying the passersby when I raced through the puddles on the uneven streets.

All this was irretrievably lost in the years of the war that soon followed and now I feel that, by watching Angel Heart with Mickey Rourke roaming through postwar New York, I was looking into Zagreb’s future, a future that was far from rosy; indeed it was gray, embittered, enriched with all a postwar period brings—war profiteers, major and small-time criminals in the new authorities, unnatural surpluses and shortages, convoluted morals—with a sweep that pulls no one along with it; its sole constant, an unquenchable desire for life.

The authors of Zagreb Noir peer deep under the skin of this old city on the banks of the Sava River, some of them checking it out from above, at a safe distance yet with the precision of   a surveyor. Some of them look it right in the eye, facing off in round after round of an exhausting boxing match. All of them have succeeded in creating a convincing and amazing gallery of characters, people we avoid because they move through the city at night, stick to the side streets, congregate in garages, cheap bars, hospitals, and are up to their elbows in suspicious activity.

Ivan Srsen is an editor, translator, and writer. In 2007 he started the Zagreb-based independent publisher Sandorf, presenting nonfiction in translation and ex-Yugoslavian fiction writers. He published a novel, Harmattan, and a collection of short stories, Fairy Tales from the Coffee Machine. He has translated a range of authors from English to Croatian including Frank Zappa, Henry Rollins, and Robert Graves. He lives in Zagreb, Croatia. 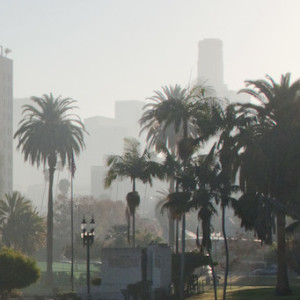 The Tom of Finland Foundation is located at the top of a palm-lined hill in Echo Park. Parallel parking nearby, I don’t...
© LitHub
Back to top