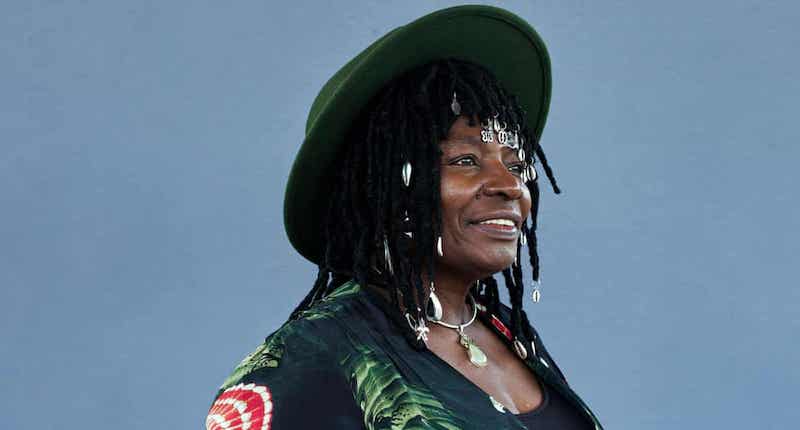 Though it’s easy to contextualize her as Zadie Smith’s mother, psychotherapist and former social worker Yvonne Bailey-Smith is a writer in her own right. Her debut novel, to be published by Myriad Editions on June 10th, has been named one of Irish Times’s “Books to Watch Out For in 2021” and praised as an “irresistible narrative of family and community.”

The Day I Fell Off My Island follows fourteen-year-old Erma from her childhood raised by her grandparents in Jamaica to her reluctant move to England after her grandmother’s death, where she must grapple with her strained relationship with the rest of her family. Reviewers have noted the book’s distinctive choice to write the dialogue of the first half of the novel in Jamaican patois, and the kindness of the novel despite the cruelty of some of the events depicted—some drawn from Bailey-Smith’s personal experience. Explains Bailey-Smith, “As an immigrant child, I often wished that someone had been able to take me aside and explain to me that leaving everything I knew to go on a so-called adventure to somewhere way beyond my imagination was going to cause me an unimaginable sense of loss and sadness. I also wish that the same person had been there to reassure me that I would survive and even flourish, given half a chance.”

According to The Guardian, Bailey-Smith eventually shared the manuscript of The Day I Fell Off My Island with Zadie for feedback—and it went better than she’d expected. “I was terrified of giving it to her, and she was terrified of reading it,” said Bailey-Smith. “When [Zadie] thought something didn’t work, she’d just say: ‘That’s a little on the nose. I think you need to do some more work on it.”