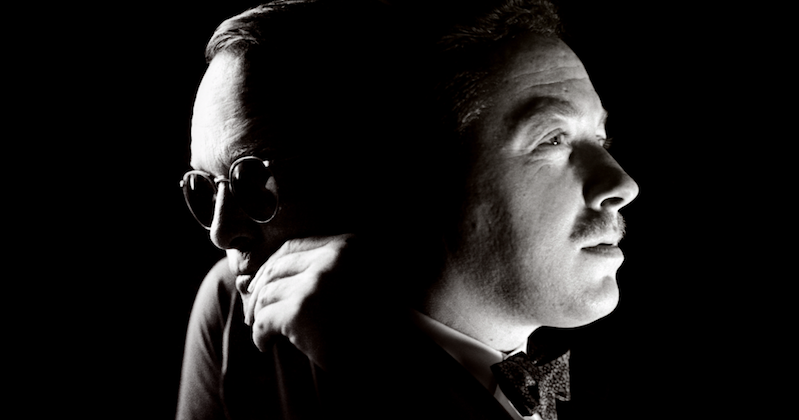 I’ve always wanted to be able to do accents, voices, impressions. I’m transfixed by the ability. When done well, accent work is what makes garbage like, say, 95% of SNL, slightly more bearable. Of late, I’ve taken to watching behind-the-scenes featurettes of The Americans on YouTube, just so I can hear Matthew Rhys’ incredible Welsh lilt jar with the accents of the rest of the cast (all of whom, somewhat disappointingly, sound in real life just as they do on the show). My brother can do accents––Scottish, South African, Australian––but I, tragically, cannot. I have been asked, while working in Irish bars over here, whether my accent was real or put on for the job, which was a question I truly loved. If I were my brother, I could have switched to an approximation (always slightly cartoonish, but rarely cartoonish enough for the listener to be confidant in calling it out) of a Fargo-lite Minnesota brogue or a chilled-out Southern California drawl, and said that yes, I had in fact come to the big city to try to make it on Broadway. I would have been briefly amused. They would have been briefly tickled. It would have been a goddamn hoot for all of us. Instead, all I could do was look away from their bright, expectant faces, mutter “no, sorry, this is the only way I know how to talk,” and slink away from the table like the talentless shitkicker I am.

I bring up all of this accent business because the first clip for Truman and Tennessee: An Intimate Conversation––Lisa Immordino Vreeland’s new documentary project in which Jim Parsons and Zachary Quinto voice warring midcentury literary titans Truman Capote and Tennessee Williams, respectively––has just dropped, and it is (for the impression-enthusiasts amongst us, at least) a delight.

Now, as an ignorant foreigner, I’m not really qualified to pass judgement on the success or failure of Quinto and Parsons’ regional dialects, though I think it’s probably fair to say that neither Williams nor Capote, at least in the era we the public came to know them, sounded much like their small town neighbors. Williams was a soft-spoken Mississippi boy turned garrulous New York dramatist, and Capote, well, nobody sounded like Capote.

The documentary mixes the Quinto/Parsons readings with archival recordings to portray the pair––who were frenemies for 40 years and who died within eighteen months of one another––at various stages throughout their lives.

Interestingly, both Quinto and Parsons have played Tennessee Williams characters on stage. Parsons in a 1997 production of Camino Real, and Quinto as Williams-surrogate Tom Wingfield in a 2013 Broadway revival of The Glass Menagerie (which, if memory serves, was the first piece of theater I saw after moving to America).

The accents, to my green ear, were very good.