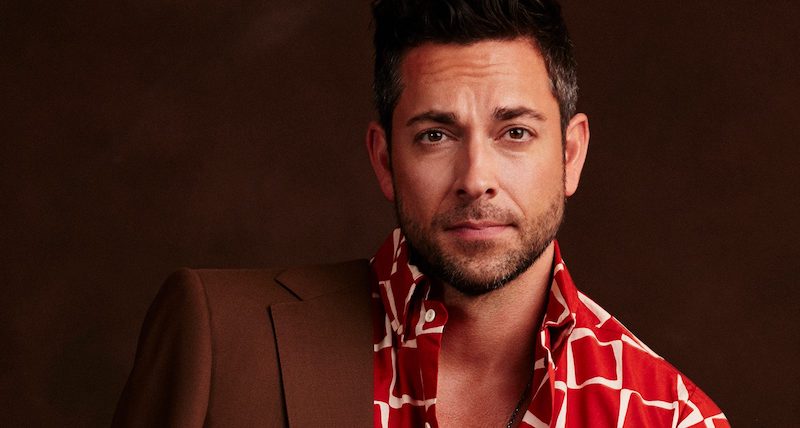 Zachary Levi will star in an adaptation of Harold and the Purple Crayon. We have questions.

Many of us have fond memories of Harold and the Purple Crayon—Crockett Johnson’s beloved children’s book about a four-year-old boy exploring the contours of his imagination through drawing. Yesterday afternoon, The Hollywood Reporter announced that Zachary Levi will be starring in Sony Pictures’s live-action version of Harold and the Purple Crayon, written by David Guion and Michael Handelman, who wrote Night of the Museum: Secret of the Tomb and Dinner for Schmucks. Needless to say, we have a few questions.

Some questions: What will a live-action Harold and the Purple Crayon look like? Beautiful locations? Soulless CGI? Or will it look like Spike Jonze’s test visuals: a real man drawing on a big paper? Spike Jonze was set to make a Harold film—said his producer, “Spike is Harold”—but after a year of production, TriStar Pictures pulled the project 60 days before shooting, because his vision was “too bold”. Will Smith’s Overbrook Productions and Steven Spielberg’s Amblin Entertainment also bailed on their respective Harold adaptations. What makes this book so hard to adapt? (Besides, um, the obvious?)

More questions: Will Zachary Levi play the titular Harold, or the titular Crayon? Is he instead playing the frightening dragon or the sailboat (though those are more “supporting” than “starring” roles)? Or is he playing some new added character like “Adult Narrator Harold”? And who will play the hungry moose and deserving porcupine? Channing Tatum and Jonah Hill? The Safdie brothers? Will this movie be good?

As the location tag in Levi’s Twitter bio taunts, “Wouldn’t YOU like to know??” Yes, Zachary. We would.