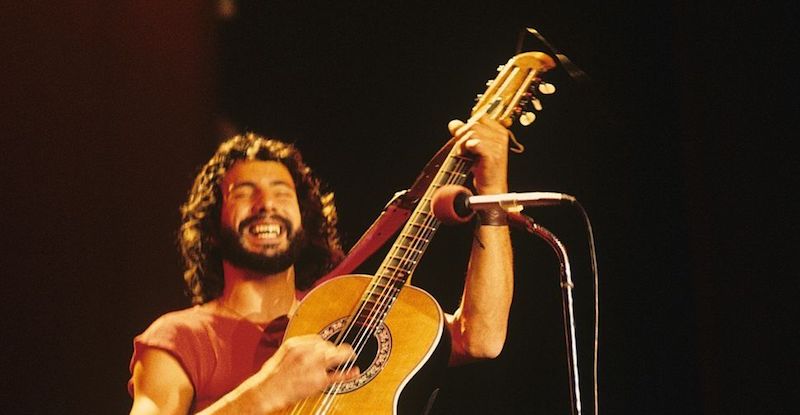 Yusuf/Cat Stevens is turning his song “Peace Train” into a children’s book.

Some pleasant news! In honor of “Peace Train”s 50th anniversary, Yusuf/Cat Stevens has announced that the illustrated children’s book Peace Train, using the lyrics of the famous song, will be published May 11th via HarperCollins. It will be followed by a picture book adaptation of Stevens’ song “If You Want To Sing Out, Sing Out,” out summer 2022.

Said Yusuf in a statement, “I wrote these lyrics more than 50 years ago, and I know the words still boom as true and loud today as they did in the Seventies. It’s incredible to see how Peter Reynolds, [Peace Train’s illustrator,] has made the words jump into life in brilliant style for a new generation with his joysome illustrations.” And we agree—look at this beautiful page from the book:

The publication of these books is part of Yusuf’s anniversary celebration of his Seventies albums, but hopefully it’s just the start of a set of Yusuf children’s books. (If You Give A Moon A Shadow?) Get in the mood for Peace Train by watching Yusuf’s 1976 live performance of the titular song, below: