A New Poem by CAConrad

Recently, I had the privilege of seeing “The Book of Conrad,” a new feature documentary about the life and poetry of visionary CAConrad which premiered in New York City. In it, over the course of months and years, a camera team follows Conrad’s history in and around Philadelphia as well as across the country. Soon, the film’s scope expands, deepens, darkens; as the story of Conrad’s murdered boyfriend, Earth, is retold in horrifying detail. The filmmakers then journey with Conrad to the South, where the poet seeks to confront the racist, homophobic officers that have silenced the case for over a decade, often wavering to the tell truth that Earth’s death was an exceptionally brutal murder, not a routine suicide. This signature trauma of Conrad’s life and poetry, a tragedy among others, is soon placed in a larger framework of the American experience: his childhood in poverty in proximity to the KKK, the beatings and harassment of middle school and high school in the waters of toxic masculinity, and the subsequent reality that America’s history of violence, imperialism, slavery, poverty and incarceration are all systemically linked, intimate, inescapable. In this new poem, Conrad addresses the murder unflinchingly. It is a sacred act of confrontation, rage, elegy and ultimately a love poem that embraces and refuses, is vulnerable and indestructible. In poetry, Conrad’s vigilance is able to remind us that our imaginations contain alternate histories of justice as well as reunion. It is a lesson for those inescapably marked by violence and loss that we cannot forget.

CAConrad’s childhood included selling cut flowers along the highway for his mother and helping her shoplift. He is the author of 9 books of poetry and essays, the latest ECODEVIANCE: (Soma)tics for the Future Wilderness (Wave Books) is the winner of the 2015 Believer Magazine Book Award. He is a Pew Fellow and has also received fellowships from Lannan Foundation, MacDowell Colony, Headlands Center for the Arts, Banff, and Ucross. For his books and details on the documentary The Book of Conrad (Delinquent Films, 2016), please visit http://CAConrad.blogspot.com
http://caconrad.blogspot.com/
Share:

We Went to the Moon and Brought Back These Cool Photos 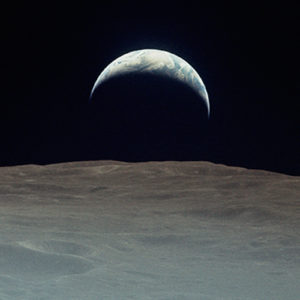 We Went to the Moon and Brought Back These Cool Photos The objective of NASA’s Apollo Program (1963-1972) was to land humans on the Moon and bring them safely back to Earth. Six...
© LitHub
Back to top