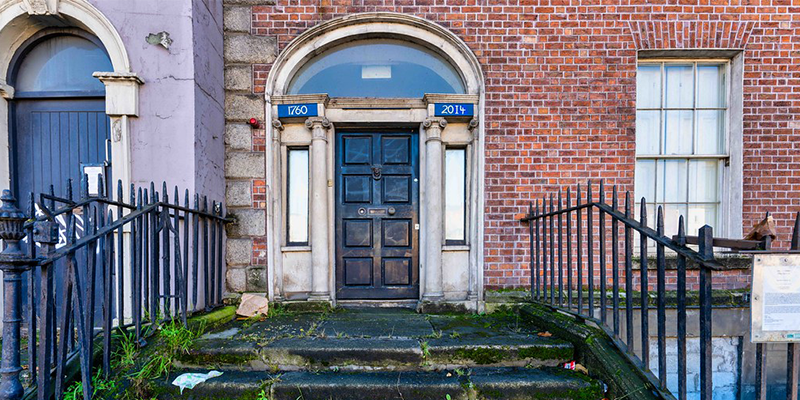 In 1775, a house was built in Dublin. This house eventually became a home to James Joyce’s great aunts, where they ran a music school in the 1890s. This house, of course (a “dark gaunt house on Usher’s Island”), was immortalized in Joyce’s 1914 short story, “The Dead.”

Just in case you haven’t read “The Dead” the story begins with a couple arriving at what is now known locally as “the House of The Dead” for a Christmas party. There is jubilation and awkward small talk and toasts (oh such toasts!). The past is conjured in mysterious ways as memory and love and regret float above the gathering like a winter mist. In what is often hailed as a masterful execution of the form, this story is very much about the power the dead still have over us.

And so the house became a local literary landmark.

The property was bought in 2017 and just last year plans to turn the House of The Dead into a 54-room hostel were revealed—and met with much backlash from writers like Sally Rooney, Ian McEwan, and Salman Rushdie. Despite a letter signed by 99 authors and an objection from Ireland’s department of culture, the Dublin city council approved the hotly contested plans this past Friday.

Although travel might seem pretty far off right now, future hostel residents beware: if you overhear snatches of the song “The Lass of Aughrim,” prepare yourself for feelings.