We sit here at our mid-century modern desks, typing away on our little computers, trying to one-up each other with our hottest takes. We roll our eyes at the Twitter discourse—at the whiteness of our hallowed halls, at our shared fetishization of youth—and we rage against “the industry” as though we are not complicit in feeding the machine.

I don’t want this to be another piece about Sally Rooney, but her name is inescapable these days. Here she is, then, as quick jumping-off point: By the time her latest novel, Beautiful World, Where Are You was published earlier this month, it had garnered over 50 book reviews, making her an indisputable household name … as long as that household lives in a Brooklyn brownstone. In countless essays, whether or not the critics loved or hated her books, she is heralded (or pigeonholed, as my colleague Emily Temple has noted) as the millennial writer, the voice of a generation.

Let’s talk about the voice, shall we? You, dear reader of this site and person on the Book Internet, have surely clocked the “millennial voice” that so many have referenced in reviews of Sally Rooney, yes, but also Lauren Oyler and Ottessa Moshfegh, writers commonly lumped together (but whose books are very different). The voice in question is attributed to the rise of Twitter, and the digital performance of the self. It’s sparse. It’s sharp. As one critic said of Lauren Oyler (in a piece entitled “The emptiness of the millennial world”):

To say that Oyler has captured the Millennial Voice would almost be an understatement. She’s nailed that sense in which the surveillance is as much internal as external. Her narrator is perfectly self-aware, yet gets in tussles with herself about politics. Somewhere, there’s a catechism of things she merely thinks she believes, that she should believe — the same decision paralysis you see everywhere.

Some might even call it the death of voice altogether. Some people may go so far as to lament the loss of a love of language. To these people, I have two very strong reactions!

The first is that language is a living thing. Why should contemporary fiction not reflect the way we communicate today?

The second is utter confusion about how a moment among a small, niche group of people constitutes the creation of a new wave of literature. This is “the industry” at its worst: an elitist echo chamber, the same $20 bill being passed back and forth. After all, are we not just talking about maybe four or five Twitter-famous women, most of them white? To paint contemporary fiction with such dismissive brushstrokes is to rob other writers—namely writers of color and other marginalized writers—of their voices.

Why should contemporary fiction not reflect the way we communicate today?

If you are looking for a work of fiction driven more heavily by voice, by the playfulness of words, the fullness of sentences, take heart. Those stories exist. What about Carmen Maria Machado, whose debut story collection, Her Body and Other Parties, twists through genre and pins to the page a pain so inherent to being a woman? What about Helen Oyeyemi, whose Mr. Fox is one of the most delightful rabbit holes of nested stories to fall down since Italo Calvino’s If on a winter’s night a traveler? Raven Leilani made one of the biggest splashes of last year with her debut, Luster; the cadence of the young narrator surely sticks with you! NoViolet Bulawayo’s We Need New Names is one of the most gutting and visceral explorations of a child’s journey from Zimbabwe to America. And who could forget Anthony Veasna So’s Afterparties, a tender and earnest collection delving into a Cambodian-American community?

And what about small presses? They are doing the lord’s work, particularly in terms of diversifying the literary landscape. No, they may not all be bestsellers, but whose fault is that? Why don’t we (“the industry”) herald their writers as the voices of our generation? (I would highly, highly recommend checking out Corinne Segal’s Interview with an Indie Press series and then picking up any of the books they talk about. You won’t be disappointed.)

There is simply no shortage. The writers you seek—they’re here. Can you hear them? They are screaming as loudly as they can! They are sitting at their mid-century modern desks, typing some really good shit.

Katie Yee is a Brooklyn-based writer and the associate editor at Lit Hub. 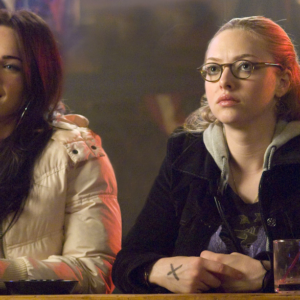